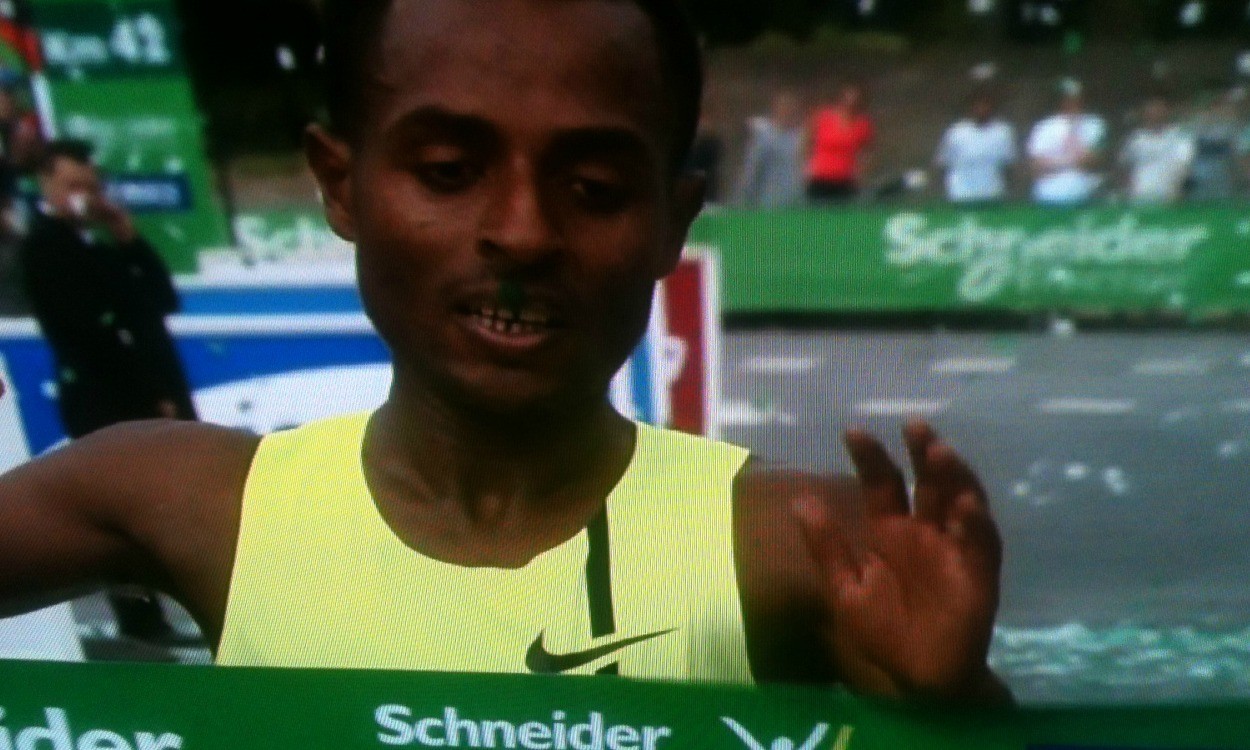 Bekele had somewhat controversially avoided the Virgin Money London Marathon, which takes place next Sunday, and a clash with Mo Farah, Wilson Kipsang and others. Instead, he preferred to make a debut in a marathon he could control – and it proved a good decision as he cruised away to beat fellow Ethiopian Limenih Getachew, who clocked 2:06:49 in second.

For a while it looked like Bekele might also threaten the fastest debut time on a certified course – Dennis Kimetto’s 2:04:16 from Berlin in 2012 – but he had to settle for breaking Stanley Biwott’s course record of 2:05:11.

In fact, Bekele’s time was the sixth fastest debut in history, or seventh fastest if you include Moses Mosop’s 2:03:06 on a downhill Boston course in 2011.

He said: “It’s my first marathon and it was very tough. It’s also the time I expected. After 25km I pushed alone, so it was tough. I was cramping so I was worried, but it is okay and I finished anyway.”