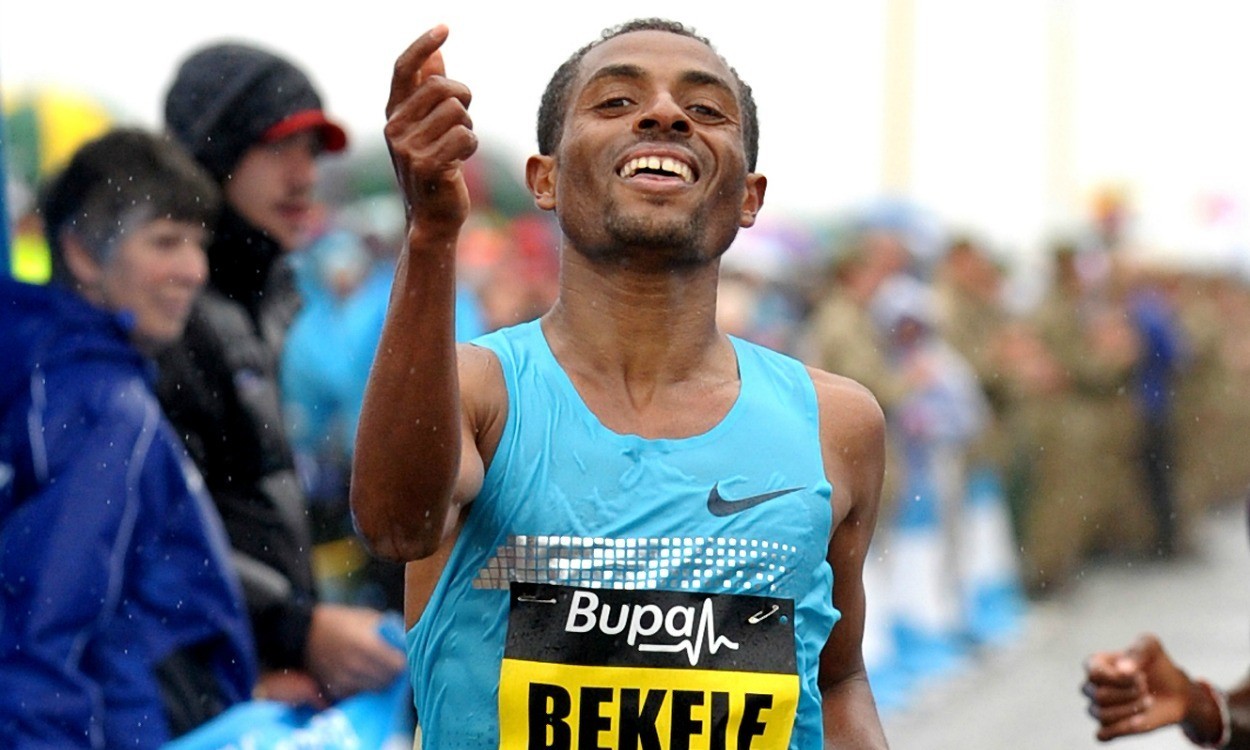 Ethiopia’s world 5000m and 10,000m record holder Kenenisa Bekele arrives in Manchester for what will be his first 10km road race on British soil with his career firmly back on track after three years of injury.

The three-time Olympic champion got the better of Britain’s reigning world and Olympic 5000m and 10,000m champion Mo Farah, together with his fellow Ethiopian Haile Gebrselassie, in the Bupa Great North Run in September and made a winning debut at the marathon with an impressive 2:05:04 in Paris last month.

He has since said he wishes to add the world marathon record to his lengthy CV and it just so happens that he will be facing the current holder when he lines up in Manchester on Sunday.

It will be the first time that Bekele and Wilson Kipsang have raced against each other, the Kenyan having clocked his marathon world record of 2:03:23 in Berlin last September and won the 2014 Virgin London Marathon last month in a course record of 2:04:29.

In the women’s race Tirunesh Dibaba, the reigning world and Olympic champion at 10,000m, returns to the north-west of England to defend her Great Run title.

The Ethiopian, who has won a total of three Olympic and five world track titles, also made her marathon debut recently and finished third behind Kenyans Edna Kiplagat and Florence Kiplagat with 2:20:35 in London.

Her rivals on Sunday will include Italy’s world marathon silver medallist Valeria Stranio and European cross country champion Sophie Duarte of France, while Britain’s Gemma Steel and Helen Clitheroe are also in action.

» For a more in-depth preview see the May 15 issue of AW, which is available here or digitally here

» Click here to view a video interview with Kenenisa Bekele in which he discusses his win at the Great North Run, his views on Mo Farah and Wilson Kipsang and his preparations for the Bupa Great Manchester Run