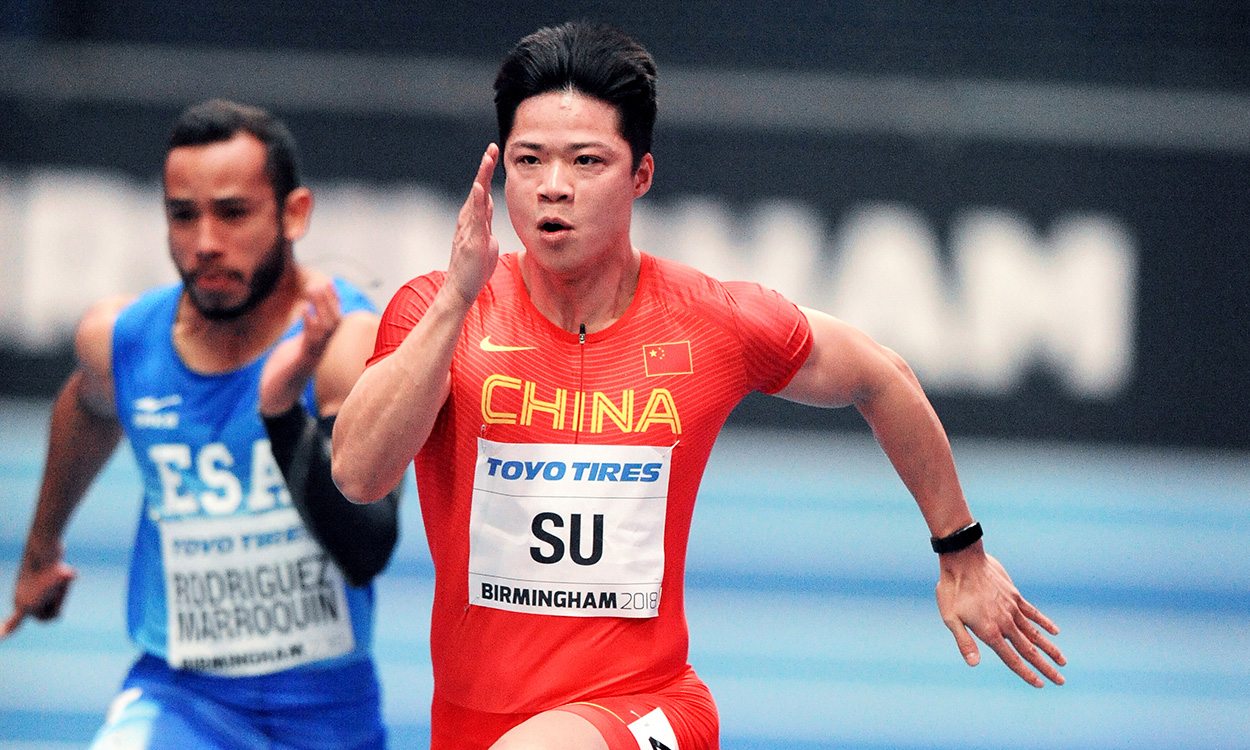 After a terrific opening IAAF Diamond League meeting in Doha last week, the series moves to Shanghai in China on Saturday (May 12).

Along with Bingtian, fellow Chinese sprinter Xie Zhenye is also in the 100m field, creating much local interest.

The women’s 200m, meanwhile, features Dafne Schippers of the Netherlands, Olympic 400m and Commonwealth 200m champion Shaunae Miller-Uibo of Bahamas and Marie-Josée Ta Lou of the Ivory Coast, the latter fresh from a fast 100m win in Doha a few days ago.

Doha winner Kendra Harrison leads the women’s sprint hurdles line-up, while the men’s event looks just as hot as it is set to feature Omar McLeod of Jamaica and Orlando Ortega of Cuba, plus Ronald Levy and Hansle Parchment of Jamaica, Aries Merritt of the US and Sergey Shubenkov of Russia.

Britain’s Andrew Osagie is among those racing the 800m.

Some of the world’s best jumpers are also in Shanghai, such as Luvo Manyonga, who long jumped a Diamond League record of 8.61m at the same meeting last year.

Russia’s Maria Lasitskene leads the high jump entries, while Sam Kendricks and Renaud Lavillenie are in the pole vault.