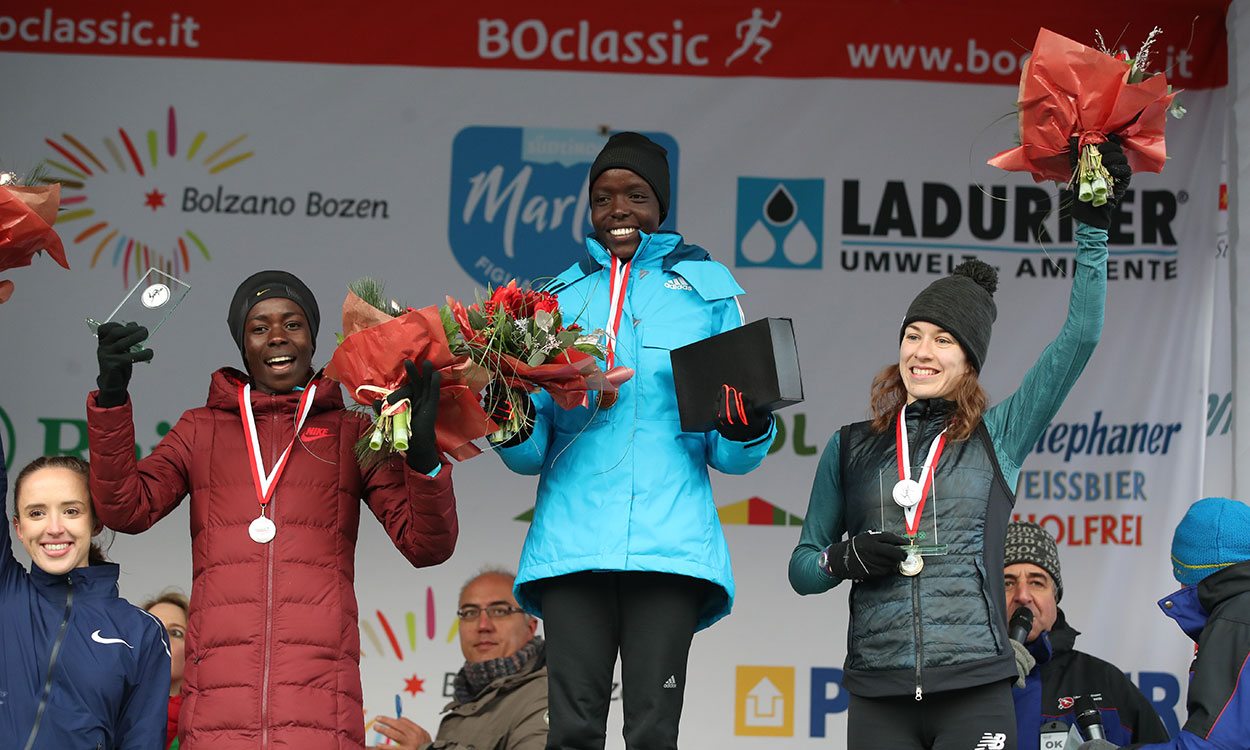 There was plenty of road race action taking place as athletes saw out 2017 in style both in the UK and overseas. Here are some of the highlights.

World 5000m champion Muktar Edris was a clear winner of the elite men’s New Year’s Eve 10km as he retained his title in 28:45.

Agnes Tirop won the elite women’s 5km in 15:30 from Margaret Kipkemboi with 15:58 as Britain’s Steph Twell finished third in 16:03 (pictured above on the podium), just ahead of Emelia Gorecka in fourth in 16:09.

Laura Weightman won in a fast 32:31 in her 10km race distance debut that moved her to second in the UK rankings for 2017, just missing the course record.

The World Championships 1500m sixth-placer had a clear win over British 10,000m track champion Beth Potter, who was 21st over the 25 lap distance in at the Worlds in London. Potter set a PB 33:00.

Another UK World Championships representative Marc Scott was a clear men’s winner in 29:37 as he won by around 100m from double Olympic triathlon medallist Jonathan Brownlee.

Julien Wanders narrowly won the 10km with a time of 28:02 from Ethiopia’s Jemal Mekonnen, improving his own Swiss record. 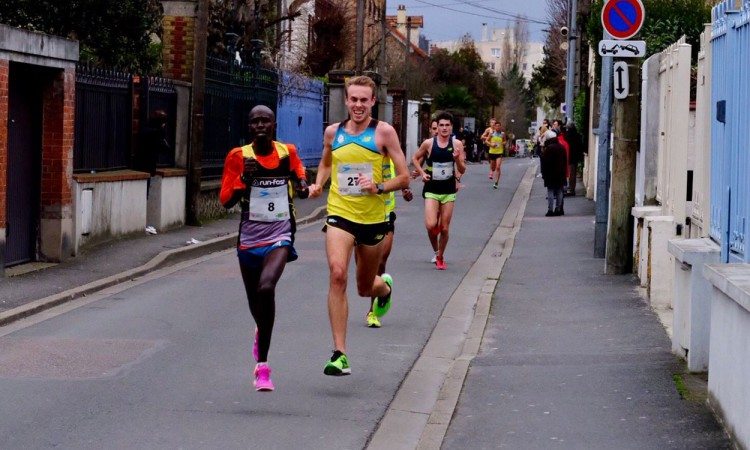 Kenyan Stacey Ndiwa was the first woman in a time of 31:35.

World Championships steeplechaser Rosie Clarke finished fourth in a PB 33:04, while Katrina Wootton was sixth in 33:33.

Kenya’s Erick Kiptanui won the men’s race in 27:34 for the event’s third fastest ever time.

Britain’s Chris Thompson was ninth with 28:57.

Local athlete Ieuan Thomas claimed the title for the first time since 2012, clocking 14:29, while Alaw Beynon-Thomas won the women’s race in 16:49.

» Further coverage and results in the January 4 edition of AW