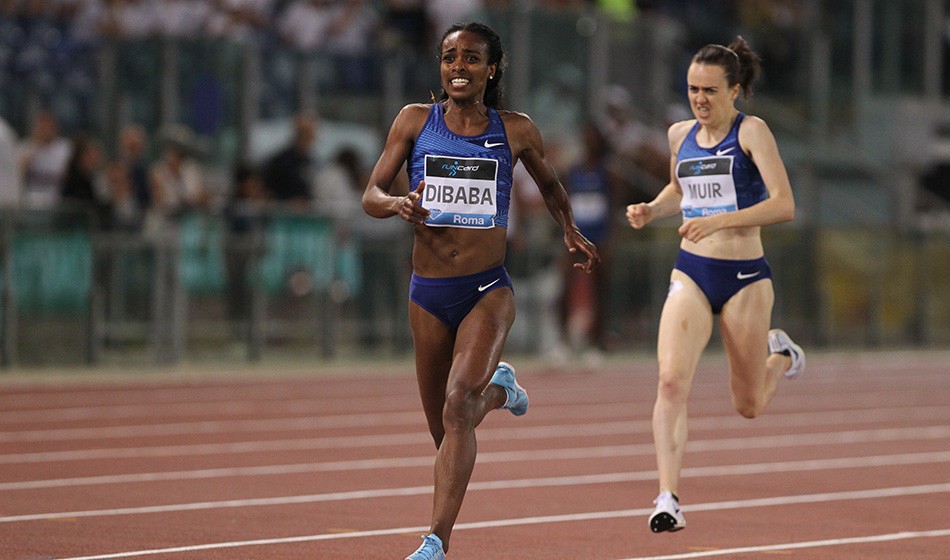 Just a few days after the fifth series stop in Oslo, the IAAF Diamond League moves on to Moroccan capital Rabat on Sunday.

After her return to form in Rome last week to clock her fastest 1500m time since her world record, all eyes will be on Genzebe Dibaba to see if she will go quicker than her 3:56.28 world lead.

Demonstrating tremendous range following her recent 65-minute half-marathon, Sifan Hassan of the Netherlands is also in the line-up, although the 2016 world indoor champion may not be quite the force she was at that distance. Jenny Simpson, the 2017 world silver medallist, is also on the entry list along with Morocco’s Rababe Arafi and Britain’s Eilish McColgan and Sarah McDonald.

Olympic silver medallist Nijel Amos goes in the 800m, trying to bounce back from defeat in Rome. Out to stop him will be the man one place behind him in Rio 2016, Clayton Murphy, and the sixth fastest man in history, Emmanuel Korir.

The women’s race will not feature Caster Semenya, even though she can compete “without restriction” while her appeal against the IAAF’s new rules on female classification is pending. According to the IAAF, the Olympic champion was invited to participate in the 800m in Rabat but declined. The race will feature home athlete Malika Akkaoui, plus Britain’s Lynsey Sharp and Switzerland’s Selina Buchel.

New long-jump sensation Juan Miguel Echevarria will be looking to bounce back after a surprise defeat in Stockholm.

The 2018 world No.1 will be hoping to be back to the form which saw him leap a windy 8.83m last year as he faces world champion Luvo Manyonga and world bronze medallist Ruswahl Samaai.

After getting his Diamond League sprint hurdles title defence back on track with a win in Rome, Sergey Shubenkov will be up against  Britain’s Andrew Pozzi and world champion Omar McLeod, while the men’s 200m features Olympic silver medallist Andre De Grasse and world champion Ramil Guliyev.

The Moroccan crowd will have plenty to cheer in the men’s steeplechase as their winner from Doha, Soufiane El Bakkali, lines up.