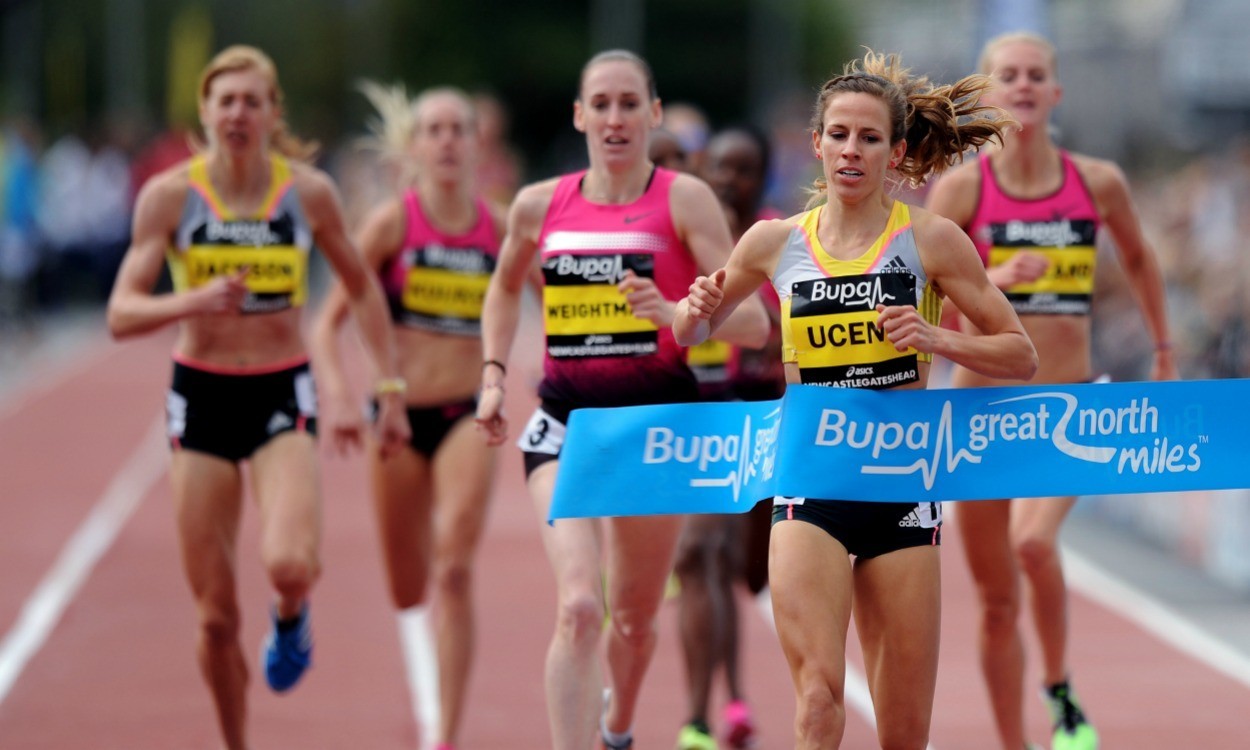 Christine Ohuruogu, Greg Rutherford, Morgan Uceny, Jonnie Peacock and Asbel Kiprop are among the athletes who will be taking to the streets of Newcastle for the Puma Great North CityGames on Saturday.

Held on a purpose-built IAAF-certified track in the heart of the city, the event is free to spectate and features some intriguing clashes between world-class athletes.

One of the novel distances to be raced is the 500m. Held partly on road and partly on the Newcastle-Gateshead Quayside track, the race will see British athletes from three disciplines – the 800m, 400m hurdles and 400m flat – go head-to-head. World 400m champion Ohuruogu will go up against Jenny Meadows, who won European indoor 800m gold in 2011 and world bronze in 2009, as well as European and Commonwealth 800m silver medallist Lynsey Sharp and her fellow two-lap specialist Alison Leonard, plus European 400m hurdles champion Eilidh Child.

Paralympic champion Peacock will renew his rivalry with American Richard Browne in the T44 100m, while in the pole vault Olympic champion Jenn Suhr of the US go up against 2011 world champion Fabiana Murer of Brazil.

Back out in the field and Olympic, European and Commonwealth long jump champion Rutherford goes up against the American who beat him in the Birmingham Diamond League, Christian Taylor, plus Netherlands’ Ignisious Gaisah and his fellow Brits Chris Tomlinson and JJ Jegede.

The event comes to a close with sprint hurdles action and American Dawn-Harper Nelson – the quickest in the world this year – goes against Britain’s Tiffany Porter, world champion Brianna Rollins and world indoor 60m hurdles champion Nia Ali. The men’s race will see Andy Turner, the 2010 European and Commonwealth champion, race his final 110m hurdles before his retirement and he lines up alongside Will Sharman, Aries Merritt and Dayron Robles.

On Friday sports brand Puma announced an extension of its partnership with event organiser Nova International to become the title sponsor of the Great North City Games.

» Full entry lists and a timetable can be found here, while for more on an action-packed Great North Run weekend see the September 4 issue of AW