Ashley Bryant among Britons to impress on second morning in Belgrade 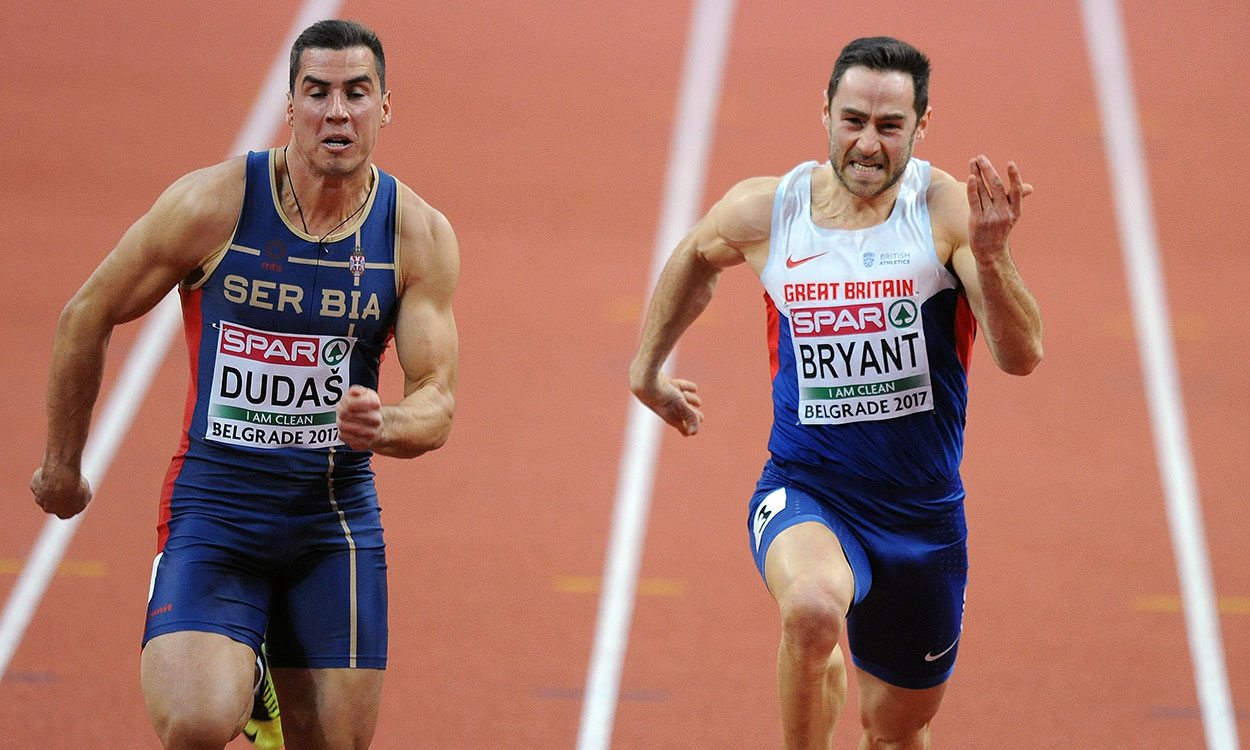 GB team captain Ashley Bryant got his heptathlon off to a strong start on the second morning of the European Indoor Championships in Belgrade.

Second overall after two events, he got off to a flyer in the 60m with a superb start propelling him to a 7.06 PB for third place in the opening heat, though that placed him only equal seventh overall.

Jorge Urena and Dominik Distelberger were fastest with 6.94, followed by Kevin Mayer’s 6.95.

In the long jump, Bryant continued his superb form, opening with a 7.60m long jump which took him into the overall lead after the first round.

Mayer’s 7.54m second jump put him back ahead but Bryant closed the gap overall as he improved his long jump lead with a 7.66m jump which won him the event.

After two events, Mayer has 1845 points, Bryant is a close second on 1836 with Simone Cairoli on 1815, Distelberger 1809 and world-leader Urena on 1807 after a below-par long jump, completing the top five.

Things couldn’t have gone better for the Brits in the first round of the men’s 60m. Pre-Championships form and the first round heats suggest a clean sweep as they won three of the four races in the morning’s fastest times.

Defending champion Richard Kilty was mightily impressive in winning heat two in the quickest time of 6.61.

Kilty said: “It was a slow start, but I put my foot on the gas for 20m and then eased off – there’s definitely at least another tenth I can take off. With the adrenaline my reactions will get quicker; now I’ll relax before later, but I loved it out there.”

He said: “I’m as confident as I ever have been, but I just have to treat the rounds like any other race – we’re all here for a reason, and I just want to perform and show everyone that I deserve to be here.

“I think the worst thing you can do is overthink things – naturally I was nervous, but I just had to clear my mind. Obviously the semi-final this evening will be a lot harder, so I’m going to keep my head down and rest up a little before then.”

Andy Robertson won heat four just as clearly in 6.65. By contrast the other heat (heat one) was won by Pascal Mancini in a pedestrian 6.76.

Robertson admitted: “I didn’t get out well at all! At the finish I slowed it down a little too, but I think I definitely missed about a tenth due to my start – I was left in the blocks big time. I’m really happy generally though; I always seems to run better when there’s rounds put together in one day, so it’s onwards to the semi-finals now.”

The women’s 60m heats showed it should be a closer race for the medals. Ewa Swoboda won heat one in 7.21, Oleysa Povh heat two in 7.24 and Mujinga Kambundji heat three in 7.24.

Then in heat four, Rebekka Haase won in easily the fastest of 7.14 to put the German marginal favourite. Asha Philip won heat five narrowly in 7.25 to easily progress with the first four advancing.

Philip said: “I saw the German girl (Burghardt) went full tilt in heat one, so I thought ‘ok, I don’t want to kill myself out there’, but obviously I knew I wanted to win the heat, so I just pushed on.

“There are still things to work on – maybe I relaxed a little – but now it’s about trying to qualify for the final.”

The women’s long jump was top quality and home favourite Ivana Spanovic showed why she is a huge gold medal hope as the Serb achieved a world-leading 7.03m with her opening jump.

“Today I didn’t think about the distance at all, I just wanted to jump the qualification mark on the first attempt,” she said. “The surface here is really good and I like competing here. The home crowd is great and really supportive. I can’t wait for the final tomorrow.”

Competing as a neutral athlete, Darya Klishina leapt 6.83m, while third best was Lorraine Ugen who jumped a season’s best 6.80m to underline her medal credentials with her first jump. 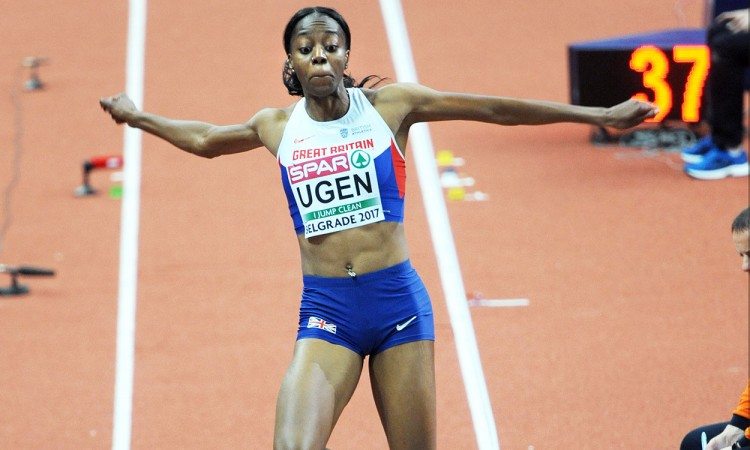 Jazmin Sawyers struggled and opened with 6.29m, improving to 6.47m in the second and then a 6.54m final jump which placed her seventh and she joins Ugen in the final.

Defending champion David Storl dominated shot qualification with a 21.16m opening throw and five others qualified automatically with distances of 20.50m or more including teenager Konrad Bukowiecki who threw 21.06m.

In the high jump, both Allan Smith and Robbie Grabarz had perfect records up to 2.25m which in the end proved sufficient for qualifying as they joined the six who achieved the automatic height of 2.28m.

Chris Kandu found it harder work, only getting over 2.21m and 2.25m at the third attempt and was lying 10th as the bar was raised to 2.28m. He had two attempts, closer than his team-mates, but stayed a non-qualifying 10th.

» Full results can be found here, with updates on the @AthleticsWeekly twitter feed