Andrew Pozzi second in Paris to go No.3 UK all-time 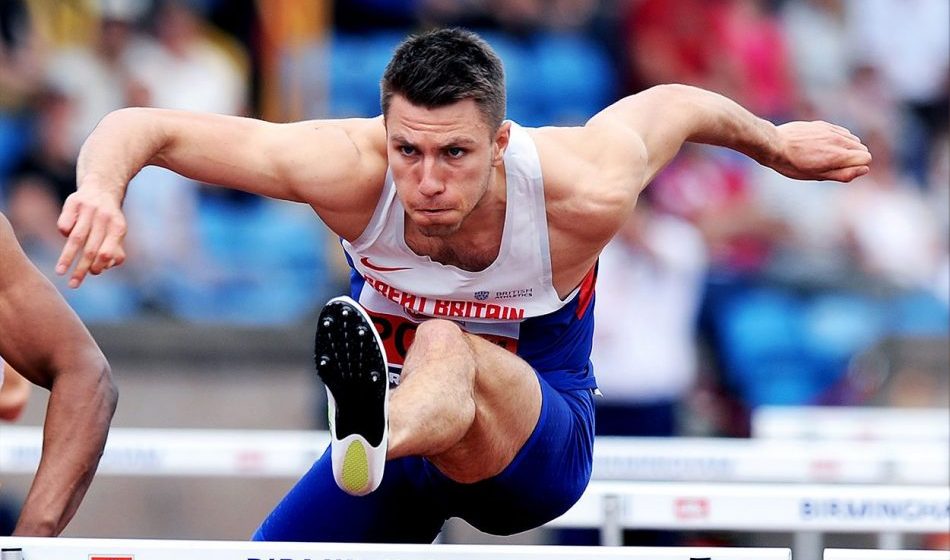 The sprint hurdler clocks 13.14 at the Paris Diamond League meeting where Ronald Levy, Elaine Thompson and Muktar Edris are among the winners

The Diamond League series continued on Saturday at a slightly disappointing Paris meeting in cool conditions.

The 110m hurdles was built as the star event and that, at least, did not disappoint.

Jamaica’s Ronald Levy finished superbly to win in a PB 13.05. In second place, Andrew Pozzi continued his improvement to finish a fine second in a PB 13.14 to move to third all-time in the UK behind Colin Jackson and Tony Jarrett. Pozzi was second in his heat in 13.24.

World champion Sergey Shubenkov, who won his heat in 13.09, was fourth and it looked like he clashed with world leader Omar McLeod, who looks like he may have picked up a niggle and he finished seventh in 13.41. The Jamaican ran 13.13 in his heat.

Devon Allen, who ran 13.10 in his heat, was disqualified in the final for a false start.

World leader Sifan Hassan then took over and led through the bell in 2:55 and 1200m in 3:11.45. Olympic champion Faith Kipyegon challenged but it was Hassan who had the most strength and she held on to win in 3:57.10 from Kipyegon’s 3:57.51. Gudaf Tsegay also broke four minutes in third.

The women’s steeplechase was pretty much a dry run for the World Championships.

The first kilometre was 2:59.94 and the nine-minute pace continued throughout with Beatrice Chepkoech winning impressively in 9:01.69 from Hyvin Kipyeng’s 9:06.00. The world record-holder and Olympic champion Ruth Jebet is still below her best form and she was fourth in 9:10.95.

The decathlon Olympic silver medallist Kevin Mayer showed good form to thrill the French crowd in the triathlon event. He won the javelin with a PB of 70.03 followed by a 13.78 PB in the 110m hurdles.

He only jumped 7.13m in the long jump but easily won overall with 2746 points.

The 3000m world leader Ronald Kwemoi has looked unbeatable this year and it appeared to be going his way again as he kicked hard in the straight but he was easily run down in the last 30 metres by Muktar Edris.

Nijel Amos hasn’t been in his best form in recent years but he looks like he is returning to full fitness and he won the 800m in 1:44.24 to get the better of Kipyegon Bett, who ran 1:44.36. It was the former Olympic silver medallist’s best time since 2015.

Elaine Thompson maintained her long unbeaten streak at 100m. It wasn’t her most dominant of victories as she won in 10.91 (0.1) with Marie-Josee Ta Lou second with a time of 10.96.

Another Jamaican winner was the 2007 world silver medallist Novlene Williams-Mills in a modest women’s 400m of 51.03.

The non Diamond League 100m was impressively won by strong-finishing Ben Youssef Meite in 9.99 into a 0.1m/sec headwind and he ran down Yunier Perez, who set a PB 10.05.

Kim Collins was disqualified for a false start.

In the field, Mutaz Essa Barshim won the high jump with a 2.35m leap to defeat Bohdan Bondarenko with 2.32m. Robbie Grabarz was sixth with a jump of 2.24m.

Gong Lijiao won the shot with a final round 19.14m, well clear of Hungary’s Anita Marton (18.48m). The triple jump was won by Olympic winner Christian Taylor with 17.29m from US champion Will Claye’s 17.18m.

The pole vault saw a win for newly-crowned US champion Sam Kendricks. The American cleared 5.82m at the second attempt as home favourite Renaud Lavillenie could go no higher than 5.62m as the world record-holder is another struggling for form, although did finish a distant second.

Johannes Vetter won a top-class javelin with a 88.74m throw as fellow German and Olympic champion Thomas Rohler could only finish third with 87.23m. Jakub Vadlejch was second in a PB-equalling 88.02m.