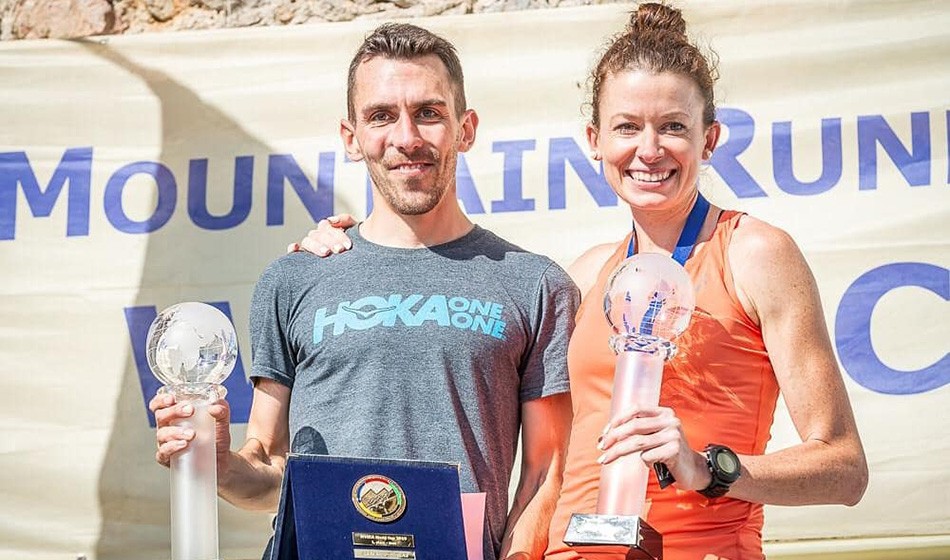 Away from magnificent marathon action in Vienna and Chicago and the first event in the British Athletics Cross Challenge series in Cardiff, there were a number of other athletics highlights and you can find them listed below.

Douglas achieved a total of 525 points and McCormack scored 495 points.

Filimon Abraham, who challenged his fellow Eritrean Mamu in Slovenia, was second overall in the men’s standings with 365 points ahead of Mamu, while Murigi finished second in the women’s rankings with 210 points ahead of Britain’s Emma Clayton.

The 2019 World Cup series had begun in the French Alps of Annecy and included races in the USA, Austria, Wales, Switzerland, Italy and finally Slovenia.

In a statement released after the race, organisers said the half-marathon route had been altered to avoid Cannon Hill Park and Edgbaston after being advised of a suspicious vehicle in the Cannon Hill Park area.

The event formed part of Carruthers’ preparations for the Frankfurt Marathon and on Instagram she wrote: “Happy to take the win on home soil and to run with my team-mates to test out the marathon pace for two weeks’ time.

“Shame about the course being changed due to ‘suspicious vehicle’ but still got 11 miles of marathon pace work in to end another 100 mile week.”

The fun run events were won by Dylan Tomaselli and Ella Robinson but organisers were forced to cancel the half-marathon “because of Police information that a man was acting suspiciously close to the route”.

Samuel Kolek and Ellie Page won the wheelchair races in 52:50 and 79:42 respectively.

Steph Twell and her partner Joe Morwood won this 10-mile event in 55:03 and 50:18 respectively, with Twell’s time placing her 12th overall.

Bubble & squeak for the rest of the week! Love returning to @cabbagepatch 10 mile road race, hosted by the amazing community that is @stragglers_running_club! Only two more marathon session to go until Frankfurt! Deffo give this race a whirl if you are looking for a beaut course & friendly atmosphere.

Another amazing experience representing England at the Rennes International 10k yesterday. The team, the team managers and the organisation were amazing. So happy to get the win and a team win for England for both the men and women. Having our national anthem played on the start line was such a motivator! Continuing thanks to @englandathletics @armyathleticsassociation @armymedicalservices @talentedathleteuk @wallsendhac for the continued support 🙏🙌🏃‍♀️

Philemon Kiplimo clocked 61:58 and Brillian Kipkoech 67:40 to win the half-marathon in Boston in course record times.

Kenya’s Sheila Chepkirui set an African all-comers’ record of 30:55 to win the women’s race, while Stephen Mokoka won the men’s race on home soil in 28:12.