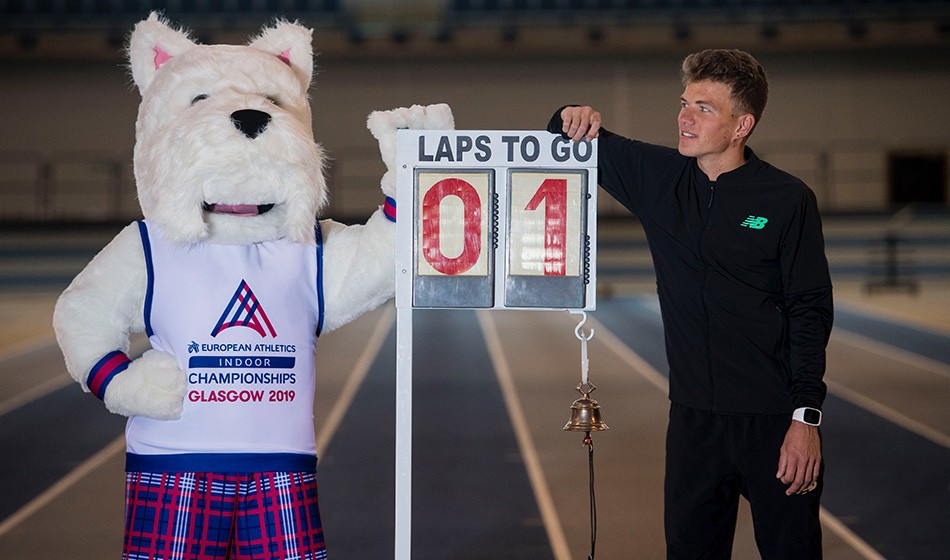 Andrew Butchart admits a visit to the Emirates Arena has got his competitive juices flowing ahead of a European Indoor Championships in Glasgow which he expects to be ‘pretty special’.

The Olympic 5000m sixth-placer was back in his native Scotland to publicise the one month to go landmark for the continental showpiece, in which he will go for 3000m gold.

Before his media duties, the 27-year-old took a spin on the track which will host the championships ahead of what will be his first race there since tackling Mo Farah over the distance at the Glasgow Indoor Grand Prix back in 2016.

“I’ve not run on the track very often so it’s nice to get back on it,” said Butchart, who is based in California. “Running on a track in general gets you excited but being in Glasgow and knowing what’s coming here…it’s pretty special.”

Butchart is thrilled to be back in action, having run his first indoor race in Boston at the end of last month since breaking the navicular bone in his foot in New York last February – an injury which ruled him out of action for the Gold Coast Commonwealth Games and European Championships in Berlin.

“It was important for me to get a run in my spikes, get out there and enjoy it – and not put too much pressure on myself,” said Butchart, who will now target the British Indoor Championships in Birmingham which double as the European trials.

“It was nice to get back, have a relaxed race and be in good shape. The nerves are all gone, the rust is busted and I’m looking forward to the rest of the season.”