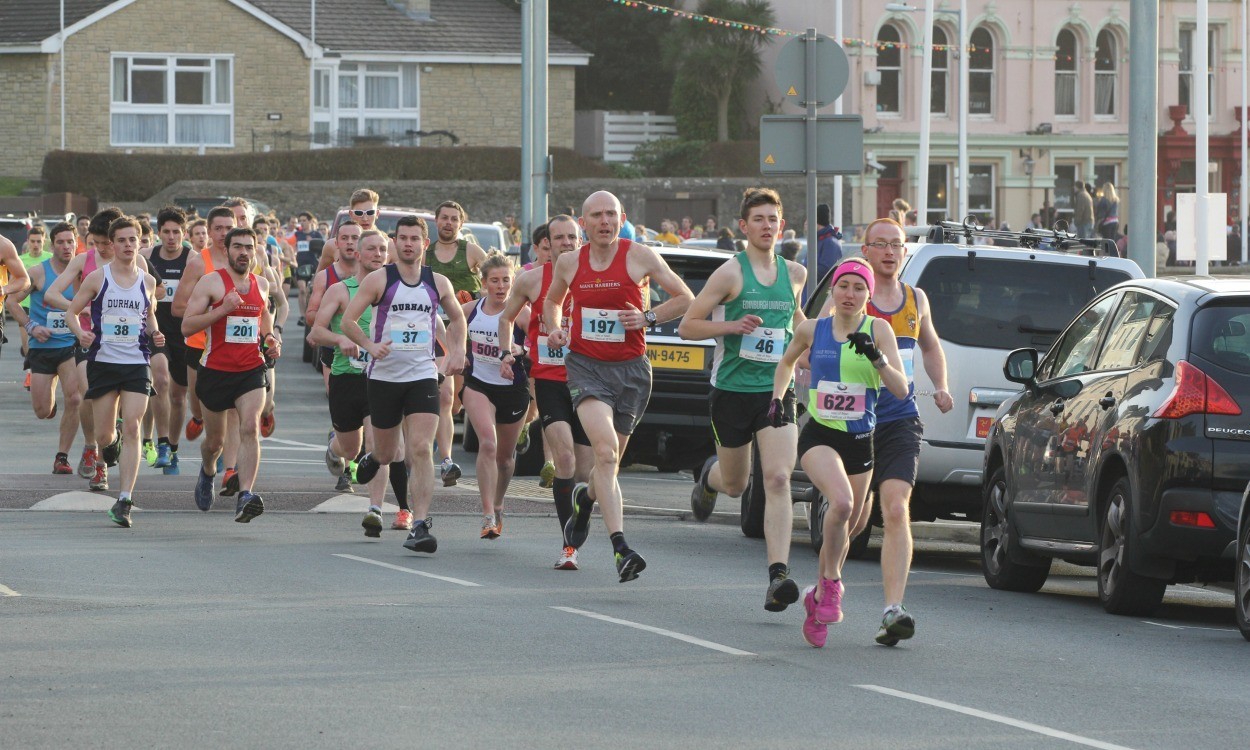 The main focus domestically and internationally was on the World Half Marathon Championships in Cardiff, but here is a look at other highlights from the Easter weekend

An online IAAF World Half Marathon Championships round-up report can be found here, with much more to be included in this week’s AW magazine.

The three-day event included a 10km road race, fell run up Peel Hill – three miles for the women, four miles for the men – and a final 5km run for women and 4x5km road relay in the men’s competition. The weekend saw 1070 entries from more than 550 individual runners.

Pettitt and Sesemann kicked off proceedings with wins in the 10km run on Good Friday. Sesemann – joined by Fox, fellow Leeds teammate John Ashcroft, Cambridge’s Alex Milne and Edinburgh Unviersity’s Mike Christoforou – was at the front of the field throughout, and kicked past Ashcroft in the final 300m, demonstrating his superior track speed to take the victory.

Pettitt, 20, competing for Vale Royal AC, was unchallenged throughout as she joined groups of male runners on the inland roads before finding herself in a sprint for the finish alongside her boyfriend.

In the Full Factory Winnerswear Peel Hill run Fox improved on his fourth placed finish from Friday with a commanding win on the rain-soaked course while Pettitt continued her dominance with a win ahead of Manchester University Alehouse runner Hannah Brown by 41 seconds despite a fall early on.

The Newcastle University student cruised to her third comfortable win of the weekend along the seafront in Douglas in the Outback 5km on Easter Sunday to kick off the final day’s running.

Pettitt, who recently returned from Italy having run in the World University Cross Country Championships, said about her weekend: “I just wanted to go out here like everybody else, be with my friends and not be panicking that I need to get to bed early or eat the right things. I could just enjoy it. It’s like an end of season thing.”

In the men’s road relay Ashcroft produced the second quickest individual leg of the race for Leeds Doss to pull back a 20-second gap from the Cambridge leaders before Sesemann held off Edinburgh’s Ben Stevenson on a tiring anchor leg to take the win for Leeds ahead of the Scottish team.

The win for Leeds tied them in first in the overall standings with Edinburgh, pushing Cambridge down to third and Sesemann said: “I’m buzzing. Last night we were just thinking we can still win this overall. We knew that Edinburgh had a decent team. We just really, really wanted to win.”

A full report and picture of the event will appear in this week’s AW magazine.

Photographs of the event from Steve Bateson will appear in this week’s magazine.

Geremew Tadele won the men’s race by two minutes in 30:41 while his wife Justina Heslop made it a family double with a 36:01 victory.

Paul Navesey of Crawley AC claimed the British 100km ultra distance crown with a time of 6:58:52.

Spa Striders’ Melissa Venables took the women’s title with 8:15:54. The silver medal went to Edwina Sutton, Centurion Ultra Team in 8.24.05 with Sophie Mullins from Fife AC in 8.30.22 ensuring the hosts were also represented on the podium.

In the 50km championship, Scotland’s Commonwealth games marathon runner Ross Houston of Central ran a Scottish 50km road record of 2:56:37. In the women’s event, Hannah Oldroyd of Saltaire Striders took the gold in 3:36:33.