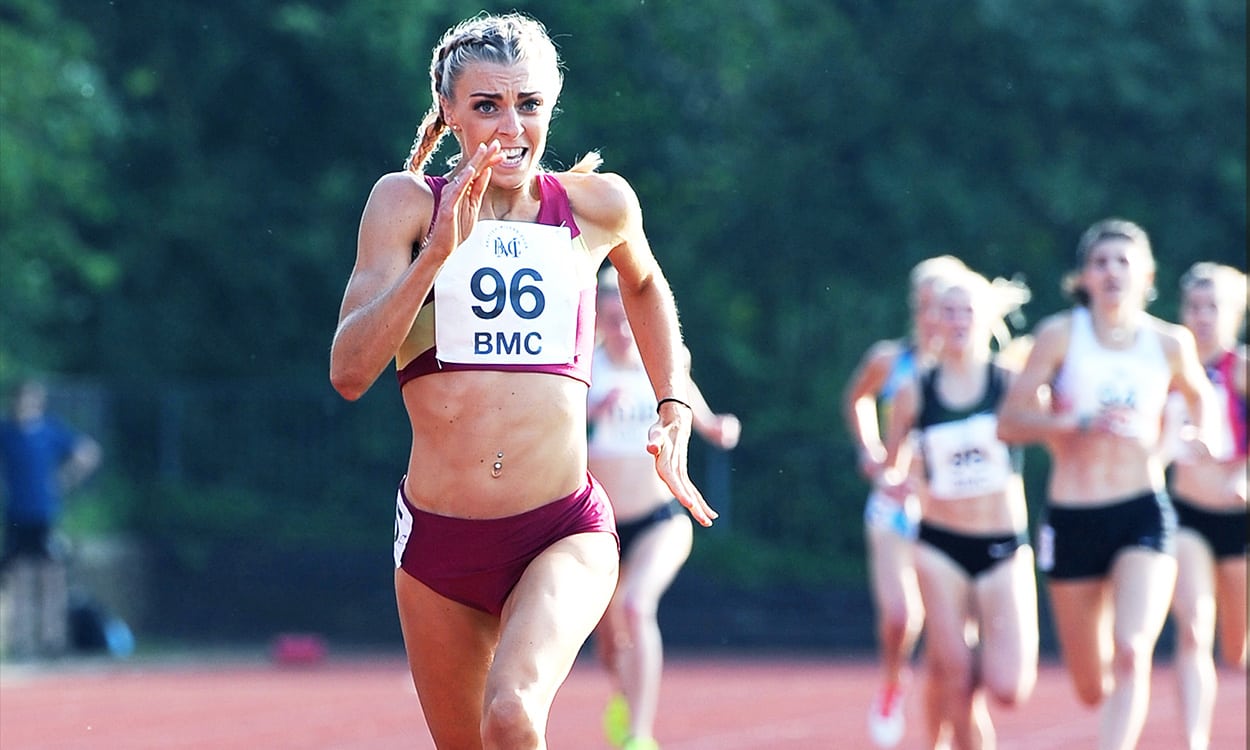 Alex Bell, who missed out on team selection for the European Championships in Berlin, is among the athletes announced for the final British Milers’ Cub Grand Prix of the season at Trafford on Saturday, writes Kevin Fahey.

The 800m runner broke two minutes for the first time when winning the Grand Prix at Watford at the end of May and had hoped that breakthrough would help her to Berlin.

After missing out on a Europeans team place, Bell voiced her disappointment and called for change in an interview with AW and will be looking to make a statement when she takes to the Trafford track.

“I think the women’s 800m field is as strong as it has ever been,” says meeting organiser Steve Green.

“We also have New Zealand international Angie Petty in the field and they actually raced each other here four years ago.”

Also in the field are British runners Mari Smith, who was sixth last year and Brown.

“I think this will be the stand-out race of the evening,” adds Green.

The men’s race sees the hugely talented Max Burgin in the field and the European under-18 champion, who started the season with victory in the Grand Prix at Sport City, will be among the contenders again.

But he faces stiff opposition from Canadian Anthony Romaniw, who ran in the Rio Olympics and boasts an 800m lifetime best of 1:45.60.

“We have quite a big group of Canadians coming over, including a couple of 3:37 1500m runners,” explains Green.

The women’s 1500m is headed by great BMC supporter Jessica Judd plus local Sale Harriers Manchester runner Francesca Brint, the reigning England under-20 champion and World U20 Championships finalist, also in the field.

Canadians Maria Kelly and Sarah Ferguson should also be in the mix.

There will also be two 5000m races with Luke Caldwell, who ran a season’s best of 14:03.68 to finish 11th in the British Championships, leading the men’s entry and Sport City Grand Prix winner Claire Duck in the women’s field.

“We have nearly 250 entries which is really pleasing and I am looking forward to a great meeting,” says Green.

The first race is at 5pm.