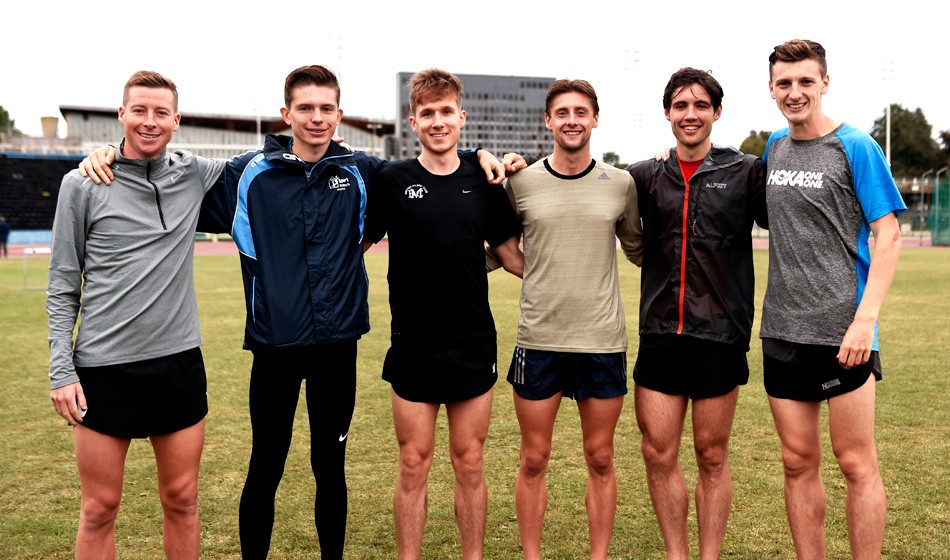 Birchfield secure a senior double at the Midlands event

Aldershot’s men gained their seventh win in the last decade as they retained the men’s six-stage title in 1:41:11 by 40 seconds from Serpentine, whose second place equalled their best ever result, while Bedford took bronze a further 10 seconds back.

Cambridge and Coleridge’s women won an exciting senior women’s race by five seconds for their second ever victory in the event.

Reading, who led on to the finish on the famous Crystal Palace track, had the consolation of their first ever medals.

Their men were only sixth after two legs but Gus Cockle’s 16:47 took them ahead and then Ricky Harvie, Joe Morwood and Ellis Cross stretched the lead.

The 3:39 1500m man James McMurray of St Albans, who narrowly led the opening leg, was the unofficial fastest with 16:22.

Cambridge and Coleridge’s win had a lot to do with Holly Archer’s anchor leg. Setting off in third, she blasted a 15:08 final leg, the fastest of the day, to catch Reading’s Jess Gibbons just before the finish line.

Guildford’s Hannah Irwin was second fastest thanks to her opening leg ‘victory’ in 15:32.

The veteran women’s race was far more clearcut and Arena 80 won by two and half minutes with their opening leg runner Caroline Hoyte the fastest by a minute with a 16:25 leg. Kent AC were second and Winchester third.

In 2002, Hoyte only lost out on the fastest lap senior award because of world 5000m champion Sonia O’Sullivan.

The inaugural W50 race saw a predictable win for Dulwich Runners by a massive seven minutes from Woking and South London.

Clare Elms, fresh from her six gold medals at the previous week’s European Masters Championships, ran the fastest leg by two minutes with a 16:35 clocking and only Hoyte ran quicker than the W55 in the combined vets race.

Dulwich also picked up a medal in the M40s after their Buzz Shephard led the opening leg with a 18:17 but the clear winners in the end were Kent AC. They already led into the last leg and had Chris Greenwood on the final leg.

Greenwood had already run a 17:11 opening leg for Kent’s senior team and a hour later he produced a 18:04 to be the fastest master.

The M60 race was dominated by South London who won by seven minutes with David Ogden easily the fastest leg with a 20:59.
Barnet and Southampton took the other medals.

Chiltern won the under-13 girls’ race by an astonishing two minutes.

Overall, while the Crystal Palace track and stadium is a popular start and finish, many thought the route chosen was a disappointment with the same narrow and twisting loop around the car park used again, as it was last year, when the park and old motor racing circuit offers better alternatives.

Despite its autumn date, it was more like a midsummer’s day that greeted the more than 400 teams gathering for the championships, Martin Duff reports.

Birchfield again came out on top in both of the senior races as Tipton retained their masters title. 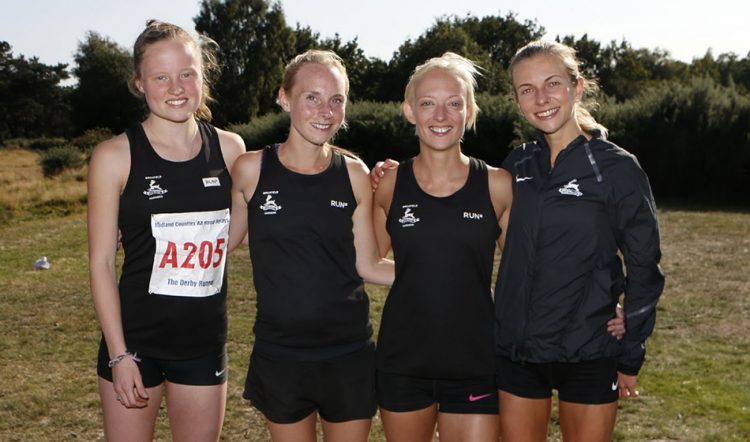 The fastest laps in the senior events, both of which had more than 100 teams finishing, came in the final circuits. Hayley Carruthers blasted out the best women’s lap after taking over well in the lead.

She was more than 40 seconds clear of the next best, who was Gemma Steel bringing former winners Charnwood up to second after passing Taunton and Bristol on the final lap.

Omar Ahmed also front-ran the fastest lap for Birchfield, after Will Richardson, something of a course specialist, gave his club the lead by the end of the fourth stage, with the second-best time of the men’s race. This left second placed Bristol & West more than two minutes down in a distant second.

Earlier, Birchfield got their successful day under way with victory in the opening event, the under-13 boys’, where their fastest also came on the final stage, through Ash Burgess, before they added the under-17 men’s race to give them four team golds. They added a silver in the under-15 boys’ race behind Rushcliffe.

It was Wreake who dominated the girls’ races with firstly a win in the U13s as opening stage runner Shaikira King was fastest. Her sister Indienne then anchored Wreake to their second gold, in the U17 event, where Birchfield’s Ella Semple was quickest.

By that time, Wreake had added an U15 girls’ silver behind Saffron, whose Elsie Robinson was fastest.

A round-up of last weekend’s Northern Relays action can be found here.