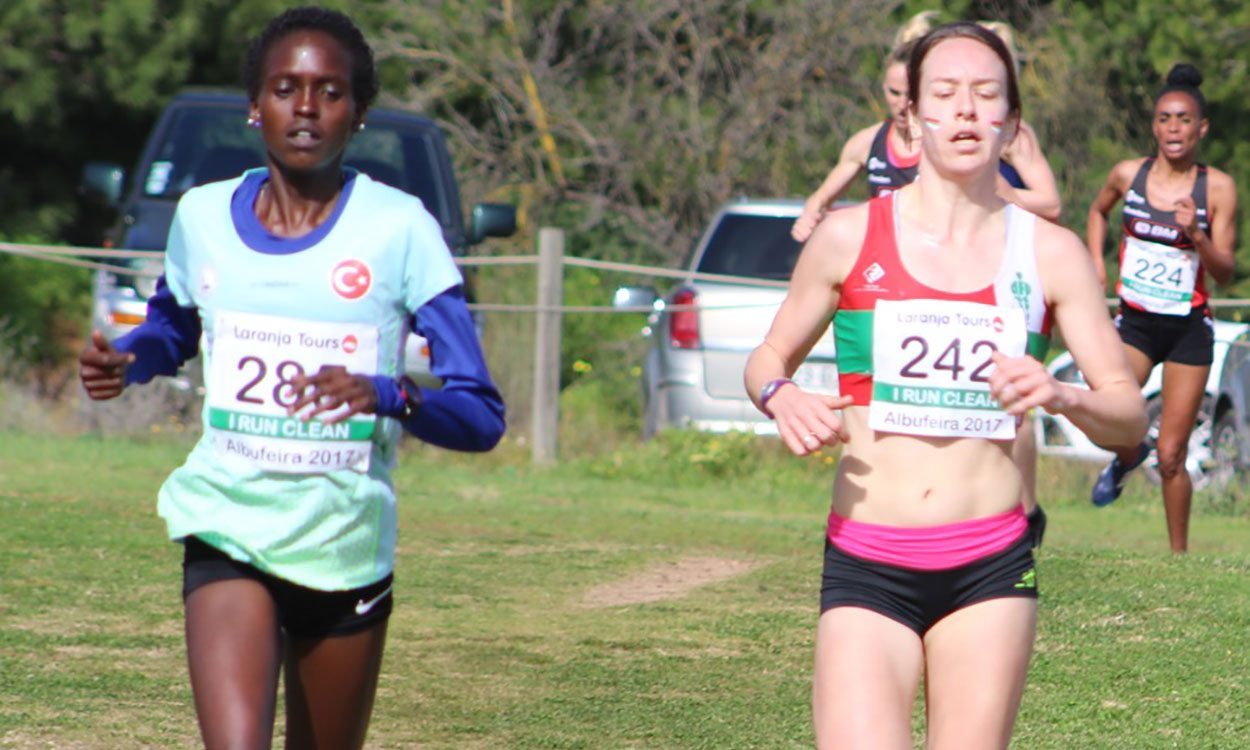 A round-up of the action in Albufeira, where Aldershot, Farnham & District’s Steph Twell was top Brit

Twell was prominent in the lead group from the gun and broke away with Kenyan Irene Cheptai, representing Turkish club Uskudar Belediye, on the second and penultimate lap of the six kilometre event.

Unfortunately the three-time European junior champion was unable to sustain the pace, allowing Bilbao’s Trihas Gebre and another Turkish representative, Esma Aydemir, to snatch the minor podium places on the final circuit.

Further down the field, disgraced London Olympics 1500m winner Asli Cakir Alptekin eased her way back into competition after her eight year ban was reduced to four, finishing fairly anonymously in 11th.

There was some consolation for Twell, with AFD taking team bronze medals thanks to sterling support from Louise Small (7th), Jessica Martin (14th) and Amy Griffiths (18th).

However, there were no medals for AFD’s men, with Jonny Hay leading the red and greens home in 20th. Italy’s Yemaneberhan Crippa took the individual gold from Sporting Portugal’s Rabah Aboud and Spain’s Ayad Lamdassem. Ireland’s Mick Clohisey, running in the colours of his club Raheny Shamrock, was 10th.

The victory of the Spaniards Playas de Castellon in the junior men’s race prevented a cleansweep by the Turkish clubs in the four team competitions.

» Results can be found here, while there will be further coverage in the February 9 edition of AW magazine