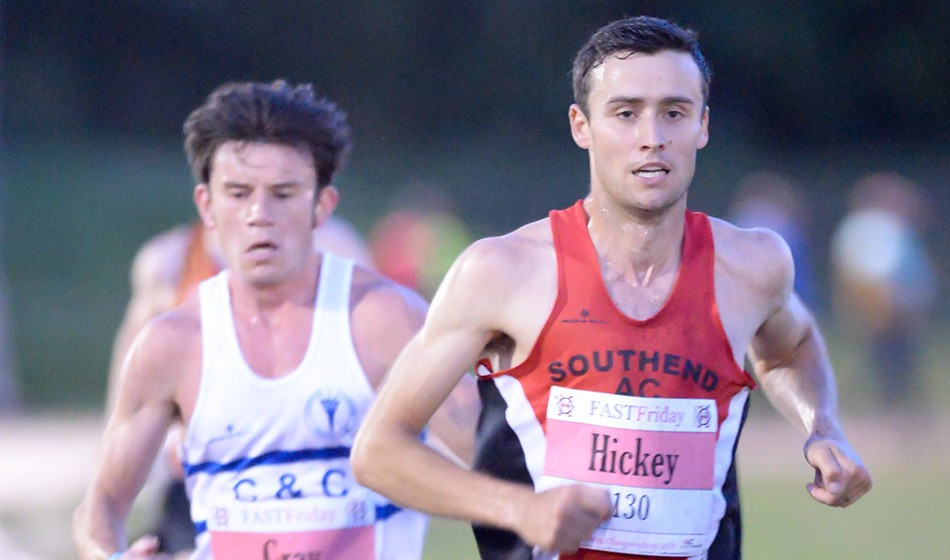 Adam Hickey and Nicole Taylor became English 10,000m champions at the FASTFriday meeting on June 7, winning in 29:08.19 and 33:31.35 respectively at a wet and blustery Walthamstow.

The Orion Harriers-organised event aims to embrace the spirit of modern-day distance track racing with street food, trackside bars, live race commentary and a lively crowd and for the first time it incorporated the England Athletics 10,000m Championships.

In the men’s race, Inter-Counties cross country champion Hickey saw off the challenge of Jack Gray to take the title in a personal best and track record time, improving on his previous best of 29:32.92 run at the Highgate Night of the 10,000m PBs in 2015.

“I always have confidence in my kick but you never know for sure,” Hickey told England Athletics.

“Credit to Jack. We worked together throughout.”

Taylor beat marathoner Tracy Barlow to the women’s title, surprising herself with her victory and time as she had been aiming for around 34 minutes. 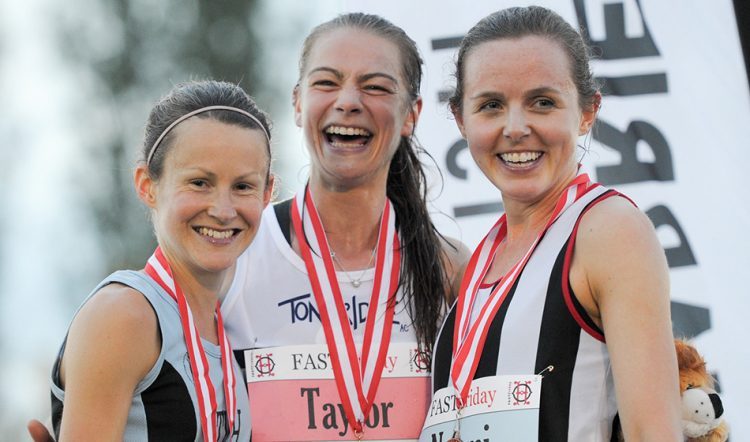 Barlow clocked 34:15.20 to secure silver, while Naomi Taschimowitz gained bronze thanks to her 34:17.99, with both athletes making their 10,000m track debuts.