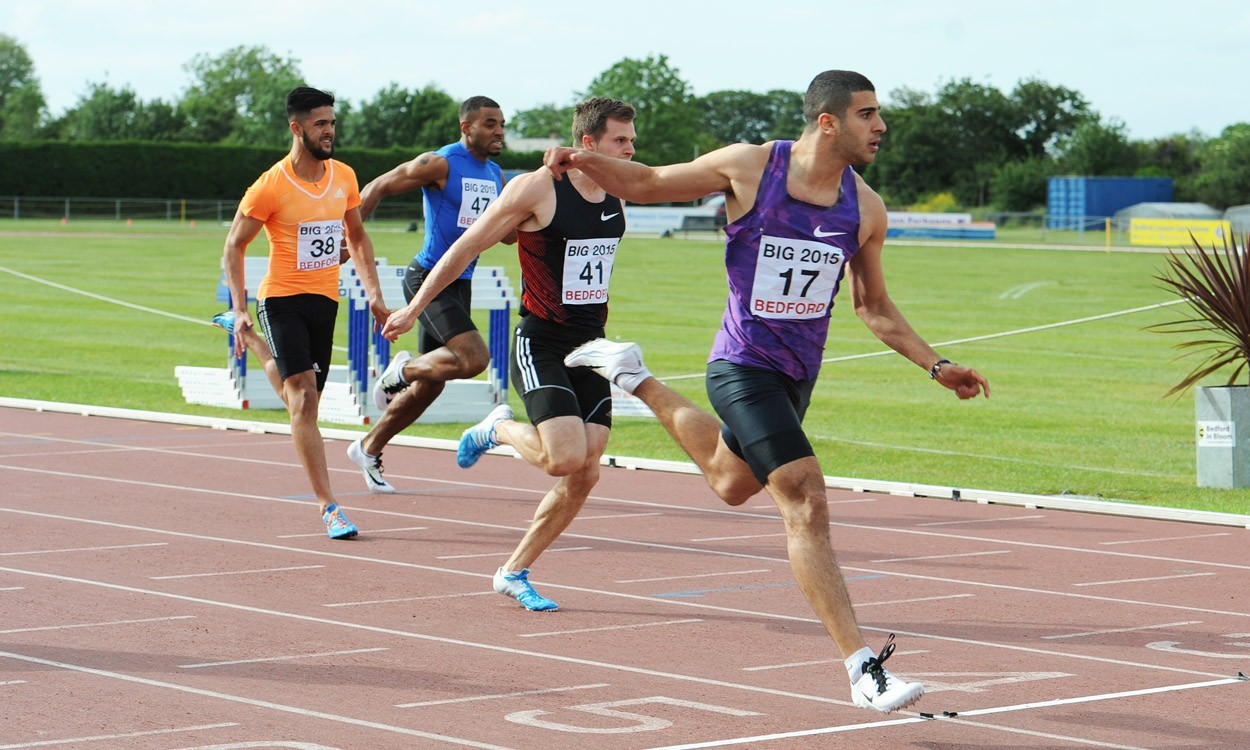 The early rain had cleared by the time that the Bedford International Games meeting got underway on Sunday, but the wind was still blustery for the plethora of sprinters that this, the 21st staging of the event, attracted.

UK No.2 women’s sprinter Asha Philip took advantage of a +3.2m/s wind to take the morning round of the 100m in 11.17 and then the men’s 100m saw victory for Adam Gemili in 10.13. He was pleased that the track-side clock showed 10.09 but was less pleased with the official time, four hundredths outside of his meeting record.

This all left the judges trying to decide the track athlete of the match, but Gemili put that beyond doubt as he scorched to a 9.97 clocking right at the end of the meeting in the second series of 100m races. That time was assisted by a +3.7m/s wind, however, and the European 200m champion later tweeted: “Great day at Bedford running my first sub 10 time for the 100m just slightly over the legal wind limit. Thanks to everyone for the support!”

The high jump had wins for Isobel Pooley with 1.91m and Robbie Grabartz, who saw off an international field with a second attempt clearance at 2.24m.

» See the next edition of AW magazine for much more in-depth coverage, while full results can be found here