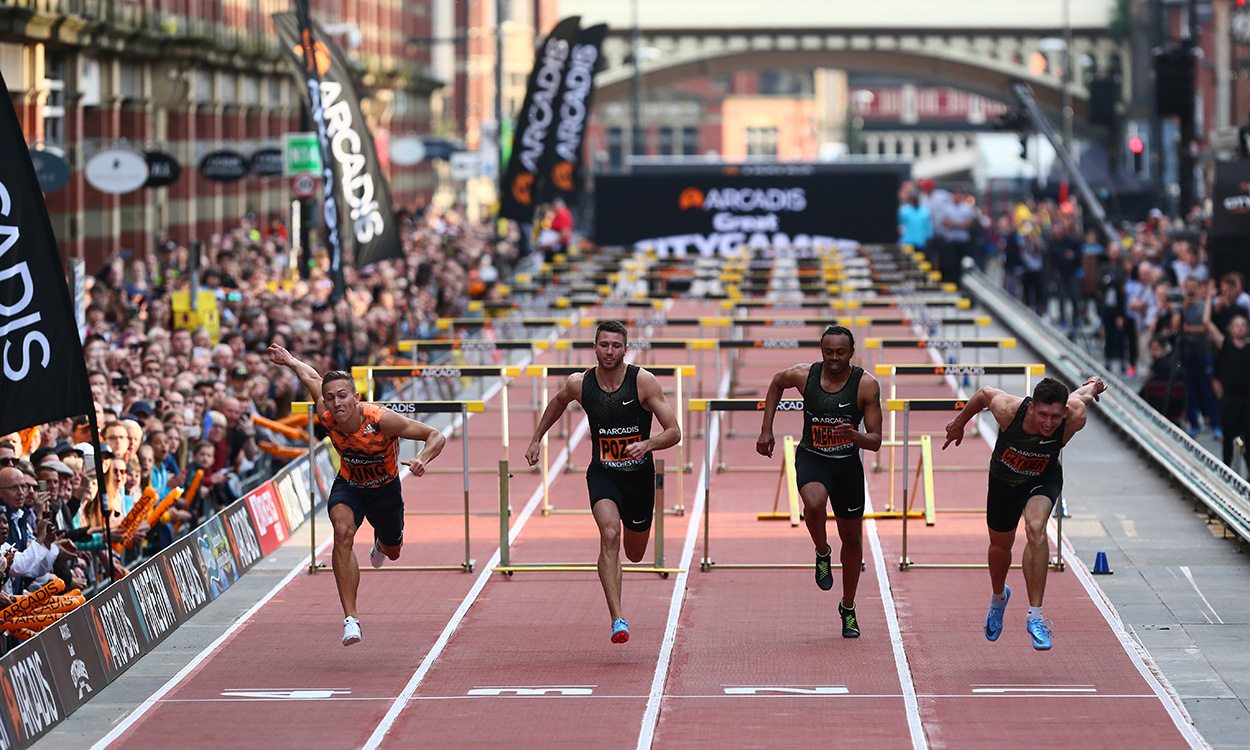 There were some thrills, not to mention a few hurdling spills, as the Arcadis Great CityGames Manchester celebrated its 10th anniversary in the heart of the city on Friday evening.

Usain Bolt produced fireworks during the first ever event back in 2009 when he ran what is statistically the fastest race in history in winning the 150m in 14.35.

While none of the athletes quite hit those heights this time around, it was certainly an eventful evening in the sunshine on the temporary Deansgate track.

World 100m and 200m silver medallist Marie-Josée Ta Lou rounded off proceedings with an impressive win over multiple Olympic and world champion Allyson Felix in the 150m, the Ivorian clocking 16.60 (1.6) to finish just ahead of the American’s 16.72. The British duo of Bianca Williams (17.09) and Finette Agyapong (17.24) were third and fourth respectively. 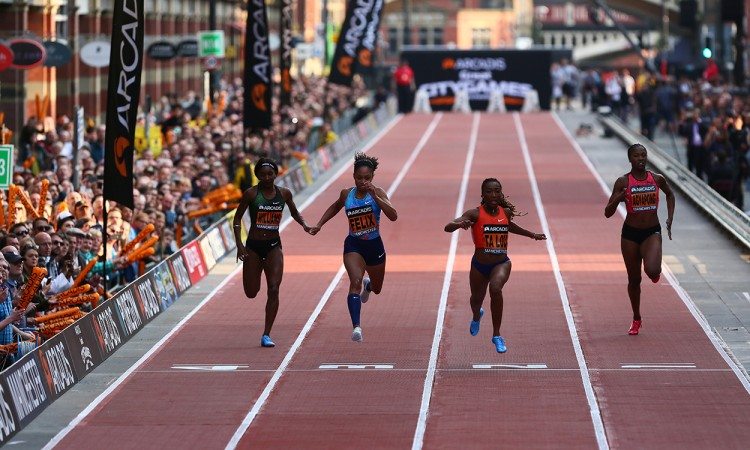 That tussle came hot on the heels of the men’s 150m, which was won by Leon Reid. The Commonwealth Games 200m bronze medallist is awaiting news on his transfer of allegiance to run for Ireland at the European Championships, but certainly isn’t showing any signs of it distracting his form.

That race came just as the sizeable crowd was getting its breath back from a remarkable 110m hurdles contest which certainly didn’t go to plan for the two athletes expected to lead proceedings.

Both world indoor 60m hurdles champion Andrew Pozzi (13.90, 0.2) and world record-holder Aries Merritt (14.34) smashed into hurdles in the closing stages, which allowed Poland’s Damian Czykier to snatch an unexpected win in 13.67 ahead of second-placed David King (13.83).

“I think I was the only one to keep calm in this race! I was surprised to win,” said Czykier, who was sampling street athletics for the first time.

Alina Talay was also making her CityGames debut and rose to the occasion in the women’s 100m hurdles, the former world bronze medallist and European champion winning in 12.74 (0.7) to see off Norway’s Isabelle Pedersen (13.03) and British pair Alicia Barrett (13.42) and Yasmin Miller (13.54).

There was an emotional 200m hurdles win for Bershawn Jackson, who is running his final track season this year and admitted he has lost his love for the sport since the death of his father. The American’s 22.58 (2.0) saw off Irishman Thomas Barr’s 23.19, Briton Jacob Paul’s 23.44 and Frenchman Victor Coroller’s 23.51.

There was a dominant win for Jason Smyth in the men’s T13 150m. The three-time Paralympic champion, in his first race since the World Para Athletics Championships last July, cruised home in 15.82 (0.6) ahead of Britain’s Zak Skinner, who clocked 16.73. The Spanish duo of Diego Sancho (17.33) and Eduardo Manuel Uceda Novas (18.53), were third and fourth respectively.

However, it was the field events which had got the evening’s action going, starting with the pole vault competition in the spectacular Albert Square pop-up arena. 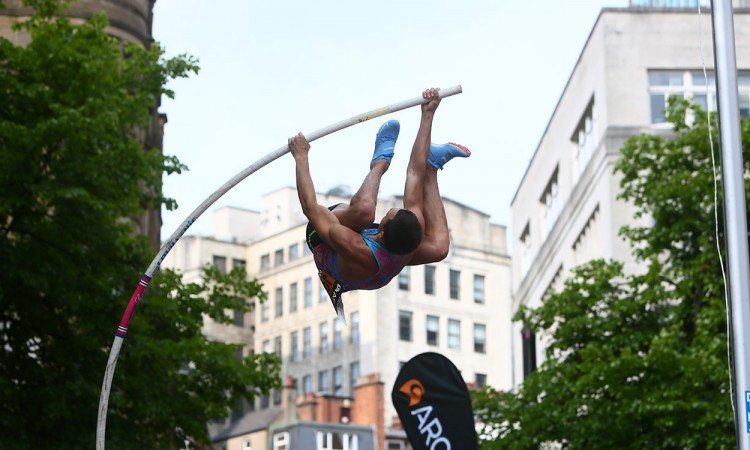 All the athletes clearly responded well to the big crowd but it was Frenchman Stanley Joseph who fared best. As soon as he became the only athlete to clear 5.45m, victory was assured but he didn’t end his competition there and went on to leap 5.60m, only narrowly failing with his attempts at 5.70m.

There was also a French victory in the women’s long jump thanks to Éloyse Lesueur’s final-round 6.58m (1.9) in the final round which meant home favourite Jazmin Sawyers had to settle for second in 6.43m (1.0). Portugal’s Teresa Carvalho was third with 6.16m (0.6).

» See the May 24 edition of AW for further coverage