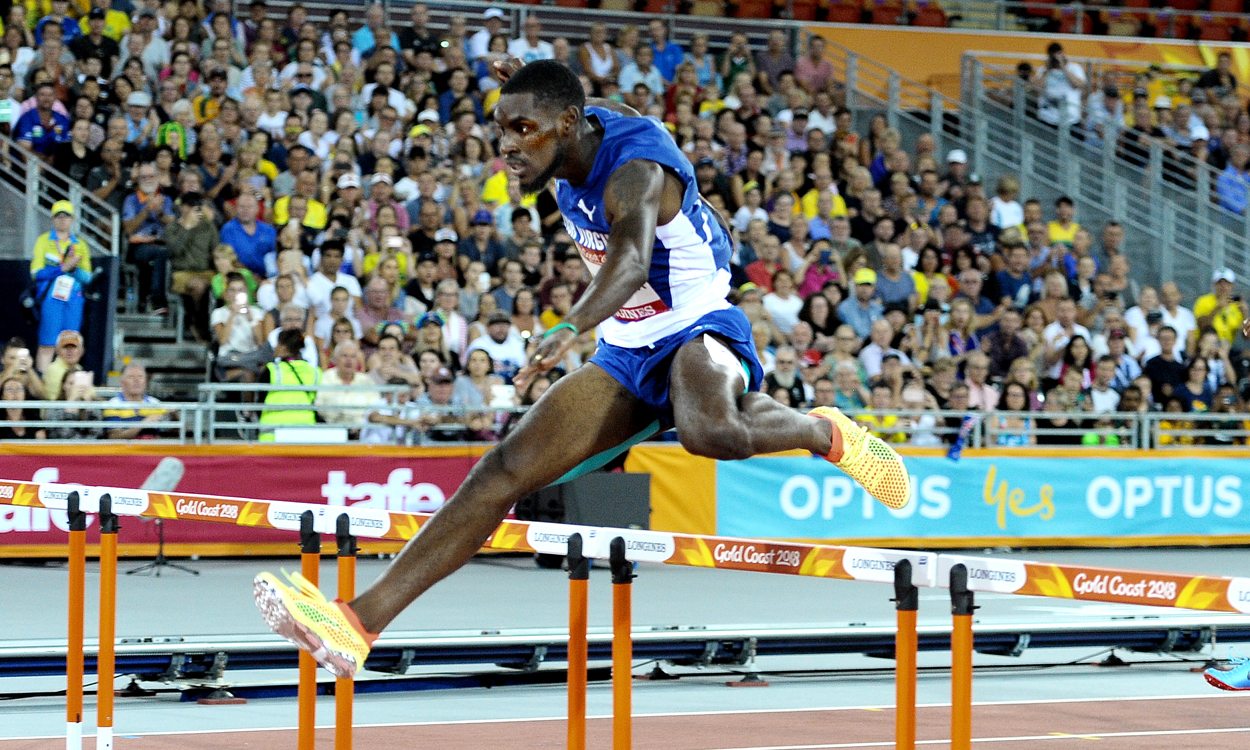 Kyron McMaster captured the British Virgin Islands’ first ever medal at the Commonwealth Games when he took the 400m hurdles title in 48.25.

The 21-year-old’s victory will spark huge celebrations on the Caribbean archipelago, especially after his rollercoaster journey to the Games.

Last year McMaster’s coach, Xavier ‘Dag’ Samuels, died due to injuries he suffered during Hurricane Irma. The athlete also had to deal with the disappointment of being disqualified for a lane infringement at the IAAF World Championships in London.

What’s more, he was even told by a doctor he would never run again after suffering a back injury in his late teenage years.

But on Thursday on the Gold Coast he stormed to victory in a race that saw England’s Jack Green finish just outside the medals in fourth.

“For me it’s a big deal,” said McMaster. “This is the first positive of a great beginning for the British Virgin Islands.”

On adapting to life without coach Samuels, he said: “I’m still making a lot of adjustments. It’s still tough on me. But with faith, god, praying and amazing friends are helping me and I’m getting there bit by bit.”

In the field, the men’s pole vault saw Kurtis Marschall of Australia and Shawn Barber of Canada slugging it out for gold with the host nation athlete clinching a dramatic victory with a 5.70m clearance on his final attempt.

For Cutts, it was another podium place for an athlete who won silver four years earlier in Glasgow behind Steve Lewis.

In the only men’s para-athletics event of the session, Ndodomzi Ntutu of South Africa took the T12 men’s 100m in 11.02.