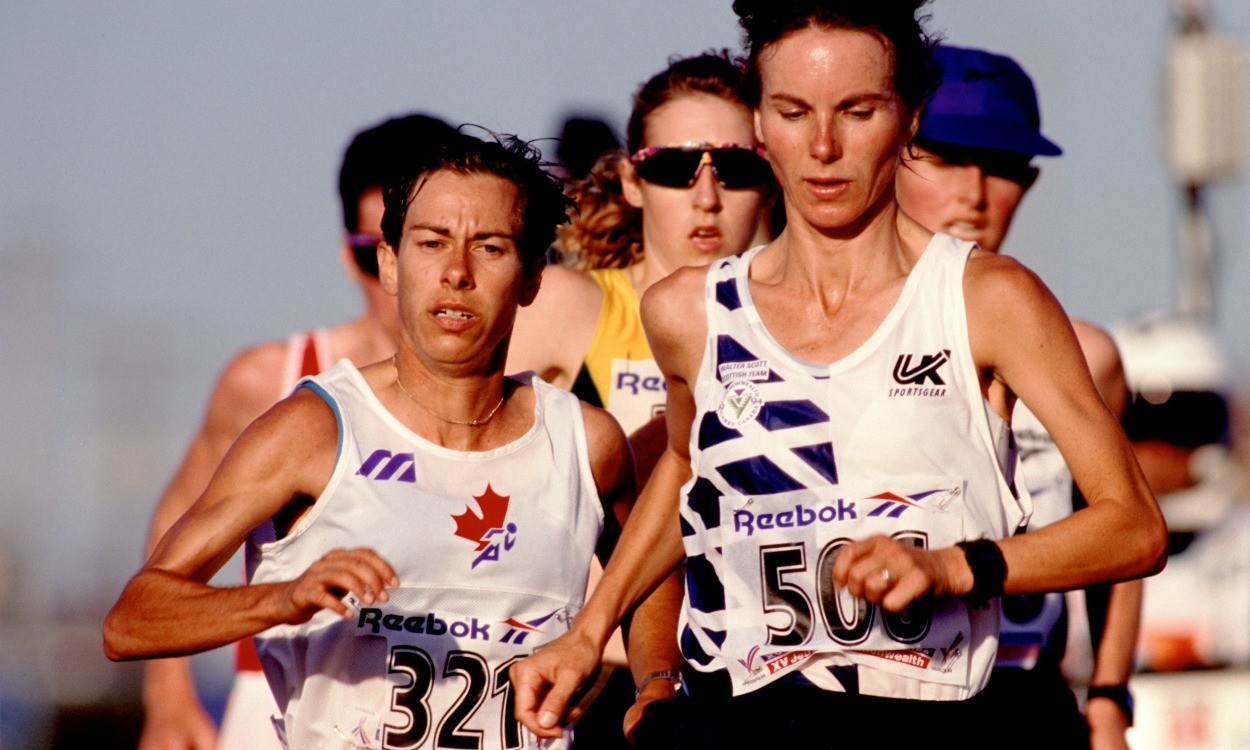 It’s a marathon, not a sprint, as we take a look back at the history of the women’s 26.2 mile event at the Commonwealth Games

The Commonwealth was, as ever, slow off the mark and four years after Europe had held a women’s championship over 26.2 miles, the Commonwealth had to wait until Edinburgh in 1986. Lisa Martin made a classy start to the event as she virtually time-trialled her way to a world-class 2:26:07, which moved her to fifth on the all-time list. Martin won by two minutes from New Zealand’s Lorraine Moller, who had previously won medals at 1500m and 3000m and who would go on to gain Olympic marathon bronze in 1992.

Auckland in 1990 saw Martin defend her title as the 1988 Olympic silver medallist. She started quickly and annihilated the field, winning by more than seven minutes from fellow Aussie Tani Ruckle. Her time of 2:25:08 hasn’t been approached since and she would have easily won the first five Commonwealth men’s marathons. The standard of the event, Martin aside, wasn’t great and Angie Pain, fifth in 1986, won a bronze medal in 2:36:35 as England had three of the top five along a boring course out and back along the Auckland coastline.

The 1994 event in Victoria, Canada was of a modest quality, but it proved a good race between the French-Canadians Carole Rouillard (pictured) and Lizanne Bussieres, who were both at their third Games and delighted the home crowd with Rouillard winning in 2:30:41.

The 1998 event in the high humidity of Kuala Lumpur was a disappointing event and had just 11 starters and nine finishers. Australia was back on top as mother of four Heather Turland became the second oldest Commonwealth winner at any event at the age of 38 and the slowest winner of a marathon in these Games since Duncan Wright’s inaugural victory in 1930. Turland had remarkably recovered from a broken leg suffered earlier in the year when a motor cyclist hit her while training. Lisa Dick took silver for Australia and the leading Briton was 43-year-old Gillian Horowitz.

Australia also dominated the 2002 Games in Manchester, but even more so as they took all three medals. McCann, 10th eight years earlier, won easily in 2:30:05 and beat her team-mate Krishna Stanton by almost five minutes.

After thrashing the opposition in England, McCann had a much closer race in her home country in Melbourne in 2006. She won by two seconds from Kenyan Hellen Cherono Koskei. She died of breast cancer in 2008 aged just 41. England won a medal as Liz Yelling excelled to take third place and was followed next by Tracey Morris.

The 2010 race finally saw a Kenyan victory and the African nation went one-two with Irene Jerotich Kosgei and Irene Kemunto Mogake separated by just 11 seconds and Lisa Weightman keeping Australia on the podium. Michelle Ross-Cope, who was also first Briton in the Europeans, finished sixth but in a time outside 2hr 45min.