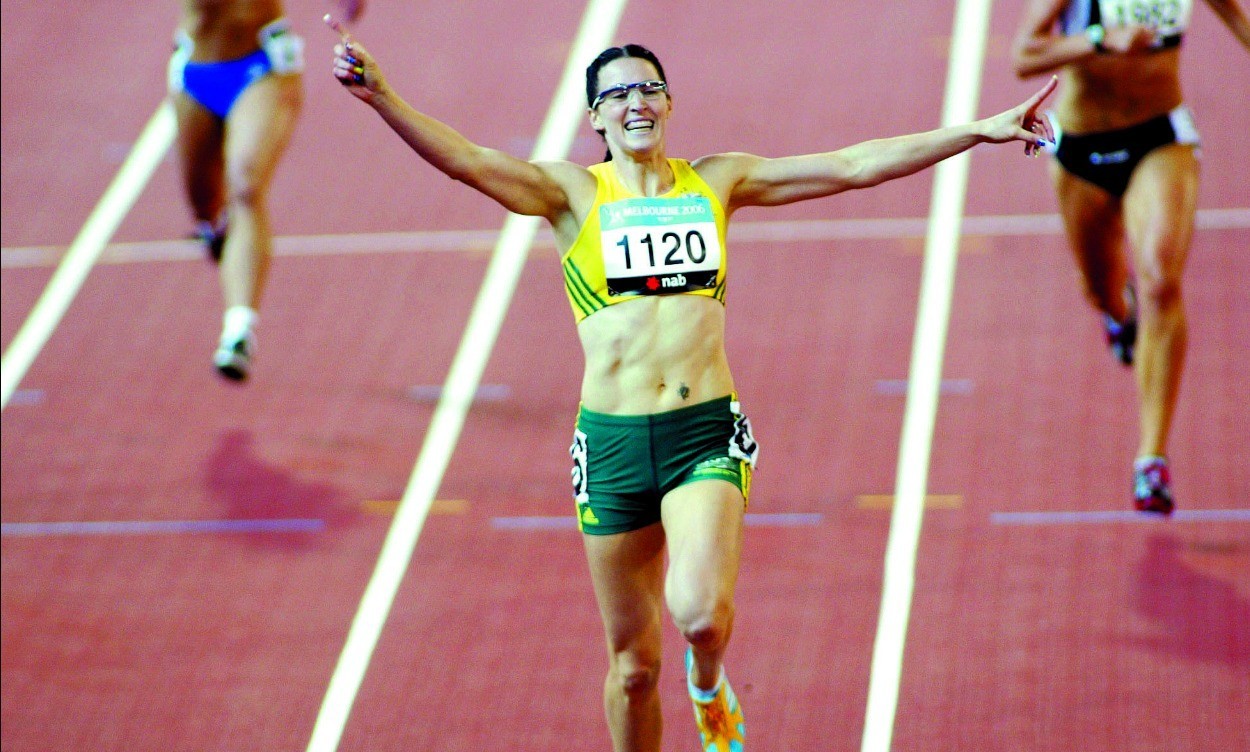 In 1966, Australia’s Judy Pollock was the inaugural champion over 440 yards. She won easily in 53.0 but with the 800m to come, she entered the straight with a 10 metre lead and didn’t quite run as fast as she did in her 52.9 heat. England’s Deidre Watkinson was second with 17-year-old Lillian Board, who was to finish second in the Olympics, finishing fifth.

The 1970 race was metric and won by Marilyn Neufville, a 17-year-old London-based Cambridge Harrier who had run for Britain in winning the European indoor title. This time in Jamaican colours, she sped to a world record 51.02, winning gold by 2.64 seconds.

In 1974, Neufville only finished sixth in 54.0 as Canadian Yvonne Saunders proved too strong for England’s Verona Bernard. The latter returned as Verona Elder and won silver again in 1978 but this time was well beaten by team-mate Donna Hartley who ran impressively in windy conditions. Hartley passed away last year.

The 1982 race saw victory for Raelene Boyle. The 1970 and 1974 double sprint champion had managed a single silver in 1978 but now focusing on the longer sprint, she had a clear win in 51.26 over Michelle Scutt, who won Wales’ second ever women’s athletics medal. Joslyn Hoyte-Smith took bronze for England.

Australia also won gold in the first 400m hurdles as Debbie Flintoff won by over a second and England’s Yvette Wray took bronze.

In 1986, Flintoff not only retained her title in the hurdles – winning by a second and a half – she also gritted out a win in the 400m in 51.29 as Kathy Cook took bronze, one of four medals she won in Edinburgh. The Australian focussed on just the hurdles again in 1990 but failed to make it a triple as she had to settle for second behind England’s Sally Gunnell, who having won the 1986 race over 100m hurdles, here won her first gold at the longer event. The flat 400 saw the first African gold as Fatima Yusuf won by five metres from England’s Linda Keough and just missed Neufville’s Games record. Another Nigerian Charity Opara ran 51.12 in her heat.

The 1994 race was the best yet and also the fastest as the first three bettered the Jamaican’s mark.

Cathy Freeman’s best moment was six years ahead, but she became the first Aboriginal women’s champion at any event in a fast 50.38 as she edged Yusuf and world medallist Sandie Richards. Gunnell, now world and Olympic champion, retained her hurdles title and the athlete in second, Deon Hemmings, was to inherit the Briton’s Olympic crown two years later.

Richards went two better to win the 1998 race, breaking Freeman’s mark with 50.18 in her 18th championship final. Allison Curbishley set a Scottish record in second ahead of Donna Fraser. Barbados’s Andrea Blackett took gold in the hurdles in a Games record 53.91 with Gowry Retchakan gaining an England silver.

Australian hurdler Jana Pittman (pictured) easily won the 2002 title while Richards won her third medal at 400m in 2002 in a slow but exciting race won by Guyana’s Aliann Pompey who edged Scot Lee McConnell as 0.18 covered the first four.

The 2006 race was much faster and saw a big breakthrough by Christine Ohuruogu as she ran a fast 50.28 to run down Bahamas’ reigning world champion Tonique Williams. In front of a home crowd, Pittman, the 2003 and 2007 world champion, retained her hurdles title in a record 53.82. England’s Natasha Danvers was a distant second as former 400m medallist McConnell snatched third from indoor star Nicola Sanders.