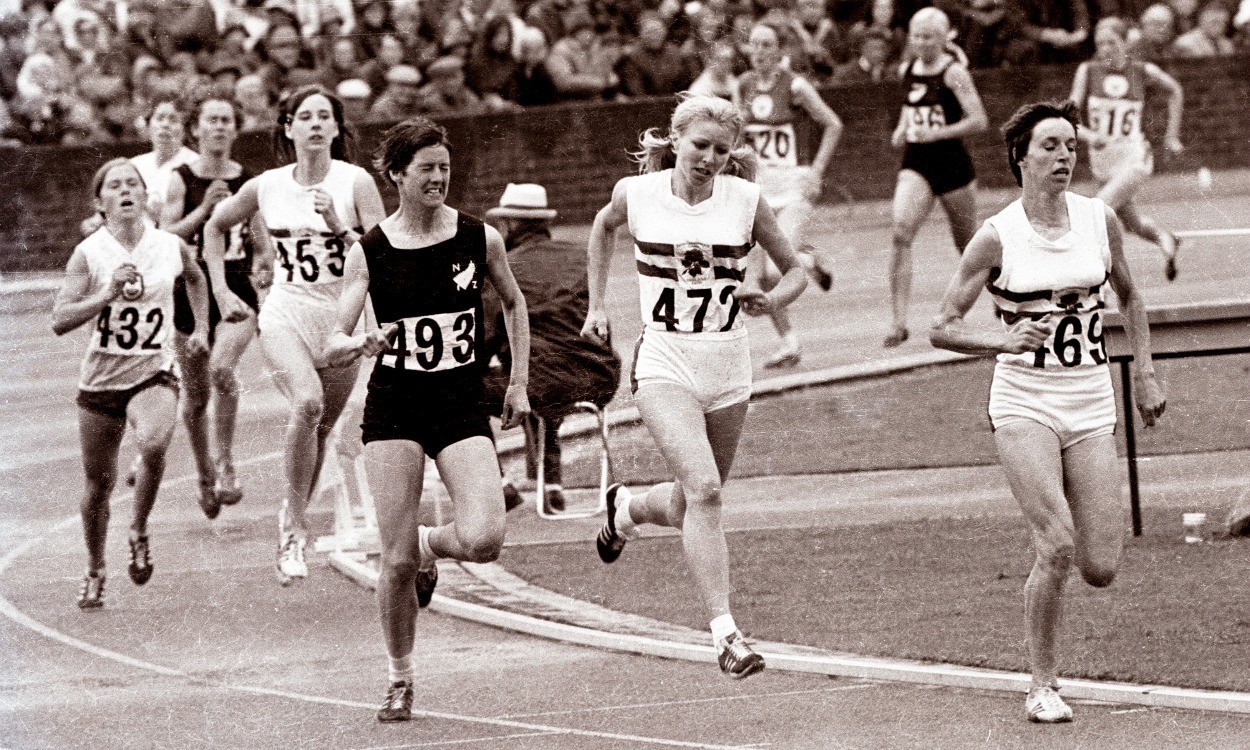 It’s the turn of the women’s 1500m as we look back at previous editions of the Commonwealth Games, event-by-event

The inaugural Games 1500m was run at Meadowbank in 1970 and was a cracking race (pictured) as England’s Joan Page led into the straight, was overtaken in the last 15 metres by first team-mate Rita Ridley and then both were overtaken by New Zealand’s Sylvia Potts, who then fell to the ground just before the line and Ridley won gold from Page with Canadian Thelma Fynn a metre back in third. Potts ended up ninth.

In 1978, Stewart was in an England vest and eight years after her brother Ian won the 5000m she impressively won gold with team-mate Chris Benning in second. Scotland’s Chris McMeekin was fourth, a few days after her twin sister Evelyn was sixth in the 800m. Chris Boxer was 11th but in 1982, Boxer was a clear winner from England team-mate Gillian Dainty with Kiwi marathoner Lorraine Moller a surprise third.

Boxer was only fourth in 1986 but British dominance continued as Kirsty Wade completed the first ever 800m and 1500m double. The 3000m champion Lynn Williams finished third.

Boxer was now Chris Cahill in 1990 and in her fourth final she won silver, behind Canadian Angela Chalmers who became the first to achieve a 1500m and 3000m double.

England were back in top in 1994 as Kelly Holmes, then in just the second year as an international athlete, sprinted to a clear win.

Holmes was back four years later and chased Jackline Maranga all the way as the Kenyan set a Games record of 4:05.27.

Maranga was only fourth at Manchester in 2002 behind a British trio. Holmes comfortably regained the title ahead of Wales’ Hayley Tullett and England’s Helen Clitheroe.

Holmes had retired by 2006 but gold went to another Kent athlete, Lisa Dobriskey, who sprinted past the rest of the field. Tullett and Pattinson (now Clitheroe) finished a place further back in third and fourth.

The 2010 race was won by an Olympic champion, Nancy Langat, who won her second gold of the Games. There was a great battle behind won by former Brit Nikki Hamblin, who was running for New Zealand and Scotland’s Steph Twell. Langat’s time of 4:05.26 took one hundredth of a second off the Games record. England’s Hannah England, who was to finish second in the following year’s World Championships, could only finish fourth.

However, despite missing out, it’s worth noting out of 33 medals won, Britain have won more than half at 17.