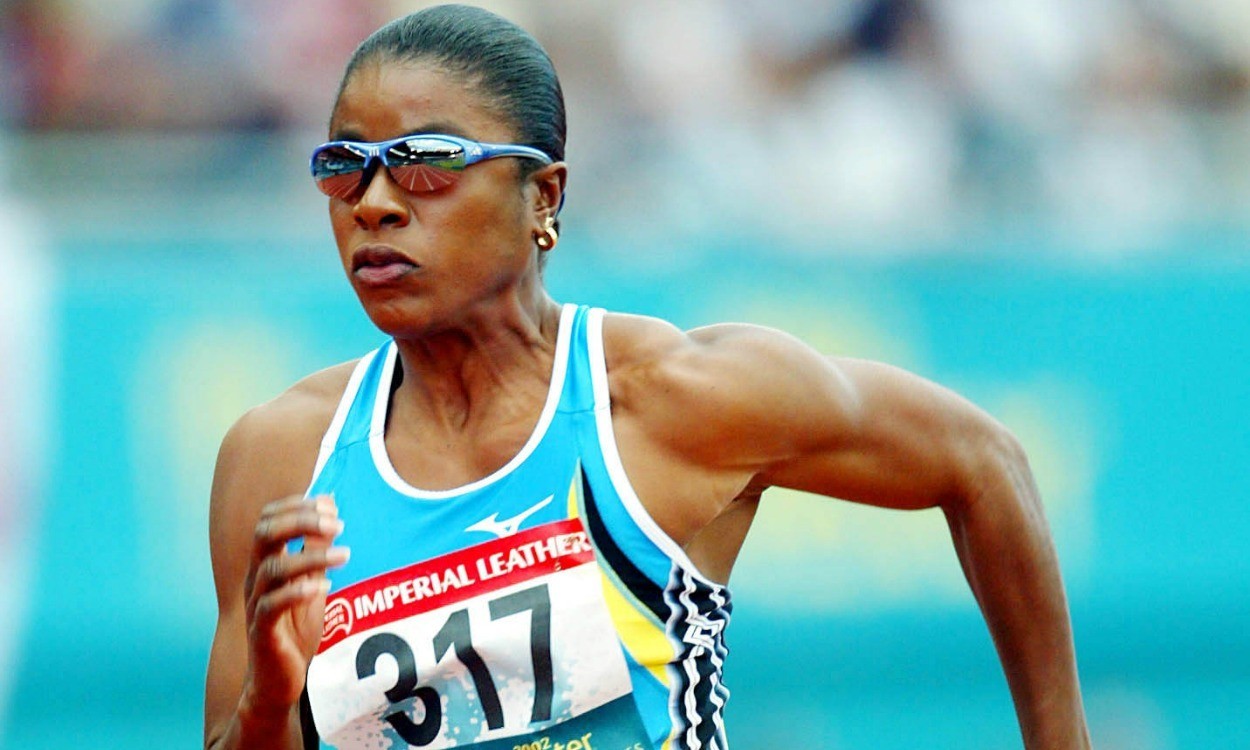 Having been absent in 1930, the women debuted in 1934 and England’s Eileen Hiscock comfortably gained a sprint double and her 220 yards in 25.0, which was superior to the world record but never ratified.

The 1938 Games was dominated by Australia’s Decima Nelson, who won the sprints and also won gold in the long jump and two medley relays.

Australia dominated the Fifties. First, 18 year-old Marjorie Jackson equalled the 100 yards world record of 10.8 in the heat and final and was chased home by Olympic bronze medallist Shirley Strickland as they took a clean sweep. Jackson equalled the record in the longer sprint too with 24.3. Four years later she returned as Marjorie Nelson and the double Olympic champion and she won two more golds. She won the longer sprint in a world record 24.0, though many felt her 24.3 semi, where she jogged through the line, was more impressive.

After four successive Australian golds, England won the double in 1962 through Dorothy Hyman, who had more trouble with strong headwinds than her opponents.

Australia was back in command in 1966 as 5ft 1in tall Diane Burge dominated with a double.

The Games went metric in 1970, but the gold and yellow was still raised as teenager Raelene Boyle won both events from Ghana’s Alice Annum.

Boyle retained both titles in 1974, narrowly edging England’s Andrea Lynch at 100m but clearly beating team-mate Denise Robertson in the longer sprint in a Games record 22.50.

Sonia Lannaman won gold for England at 100m in 1978 but, by only finishing second at 200m, she became the first 100m winner to lose the 200m. Robertson returned as Denise Boyd to take gold.

Boyd was only fourth at 200m in 1982 in the best women’s Games sprints as Australia lost gold for the first time since 1962, and went without a medal for the first time since 1934. Angella Taylor won the 100m in 11.00 as she edged Merlene Ottey, but the Jamaican won the 200m in a wind-assisted 22.19 as Kathy Smallwood pushed her all the way in 22.21. Taylor was third and she also took bronze in the 1986 100m as Angella Issajenko when she just lost out to England’s Heather Oakes and Paula Dunn with just 0.01 covering the three. However, Issajenko easily won the 200m from a less than fully fit Kathy Smallwood-Cook.

A boycott which kept away the likes of Jamaica allowed Scotland to win their first medal through Sandra Whittaker. Jamaica was back for 1990 and Ottey gained a classy double with Kerry Johnson and Pauline Davis following her home in both.

In 1994, Nigeria won Africa’s first sprint titles and gained a one-two with Mary Onyali winning in 11.06 as Paula Thomas won her second bronze. Cathy Freeman denied Onyali a double with a sparkling 22.25 to complete one of her own, having also won the 400m. Bahamas won the 100m through Chandra Stirrup in 11.06, but a very tight 200m was won by Nova Peris-Kneebone, who won Australia’s tenth gold at the half-lap. Bahamas did even better in 2002 as Debbie Ferguson (pictured) doubled. Veronica Campbell was second at 100m, but her namesake Juliet was runner-up at 200m.

Jamaica fared better in 2006 with Sheri-Ann Brooks and Sherone Simpson sharing the spoils with Veronica Campbell second at 200m. The 2010 race was won in a pedestrian 11.37 by Natasha Mayers of St Vincent and the Grenadines as three runners were disqualified, including Sally Pearson of Australia. There was also a new nation winning gold at 200m through Cayman Island’s Cydonie Mothersille, who had been fifth and fourth in the previous two Games.