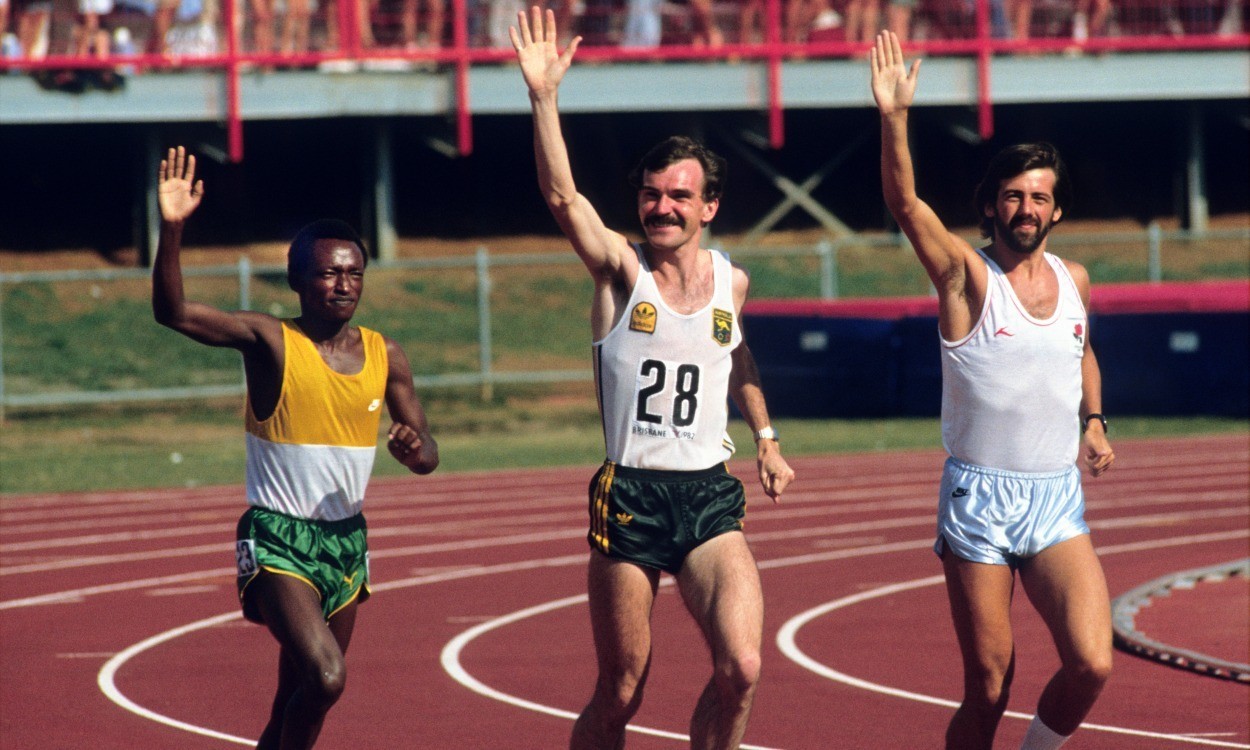 A look back at the Commonwealth history of the men’s 26.2 mile event

Britain had the first two runners in the first Games race when Scotland’s Duncan Wright won by half a mile from England’s Sam Ferris as the race finished with three laps of the track!

Scotland had two in three in 1934 when Wright was a distant third and Donald Robertson was 11 minutes ahead of him in second. However, Canada’s Derby-born Harold Webster won easily.

Johannes Coleman had an even clearer win in 1938, giving South Africa gold by more than seven minutes from England’s Bert Norris and coming close to the 2:30 barrier.

South Africa and England swapped medals in 1950 as 42-year-old Jack Holden won the first part of his marathon double that year. He won clearly from Syd Luyt, having run in the Commonwealth six miles 16 years earlier.

The 1954 race is one of the most famous marathons in history. World record-holder Jim Peters built up a 15-minute lead but collapsed on to the track just short of the finish. He spent an agonising 10 minutes to crawl around the track before the England team manager intervened. Jim McGhee of Scotland eventually crossed the line first.

The 2:30 barrier was finally breached in the Games in 1958 when Australian Dave Power won narrowly on his debut. Power had already won the six miles and just two days before the marathon had finished was seventh in the three miles.

Power went 30 seconds faster in 1962 but was beaten by a minute by Brian Kilby, who completed a European and Commonwealth double and set a Games record.

The 1966 race, held in a hot Kingston, was a dramatic affair as leader Jim Alder went off course just outside the stadium but just about made up for his error by surging past England’s Bill Adcocks just before the line to win by five seconds. Despite the weather, the time was only a minute outside the Games record, which was bettered by 14 of the 24 finishers in 1970. European champion Ron Hill blazed a 2:09:28 British best to take nearly 12 minutes off Kilby’s time. Alder and 21-year-old Dan Faircloth made it a British medal sweep.

In 1974 Ian Thompson, who had surprised many by winning the English trial on his debut, broke Hill’s British and European best and Games mark with a superb 2:09:12 to go second on the world all-time lists and take gold by two minutes from Jack Foster’s world masters record of 2:11:18.6.

The British run of gold ended in 1978 as the then unknown Gidamis Shahanga gave Tanzania gold. Scotland had won gold the three previous times it was held in the Americas and here had a share of sorts as former Scot Paul Bannon took bronze for Canada.

The 1982 Games involved an epic race on a tough Brisbane course and Rob de Castella (pictured) came from behind to win a battle against Juma Ikangaa and finish only a minute outside the world best. Ikangaa improved by 12 minutes to finish second while England’s Mike Gratton preceded his London Marathon win with bronze.

In 1986, the Australian became the first to defend a Commonwealth marathon title as compatriot Steve Moneghetti took third. The Africans boycotted that race but were back in a top-class 1990 race won by world champion Douglas Wakiihuri by just seven seconds from Moneghetti. Former world record-holder Steve Jones was fourth for Wales, while De Castella was only 13th.

Moneghetti made it a full set of medals when he won in 1994 by more than three minutes. Mark Hudspith won an English bronze, the first British medal for 16 years.

In 1998, Moneghetti opted just for 10,000m and finished third as Thabiso Moqhali won gold for Lesotho in the slowest winning time for more than 30 years.

Tanzania retained the title in 2006, even though Naali was only eighth. Samson Ramadhani Nyoni won by half a minute.

Kenya’s John Eriku Kelai won a largely forgettable race which proved the leading marathoners are no longer interested in competing in the Games. However, considering how much they have dominated distance running globally, Kenya have a poor marathon record at the Games. They trail England, Australia, Scotland and Tanzania among the most successful nations.