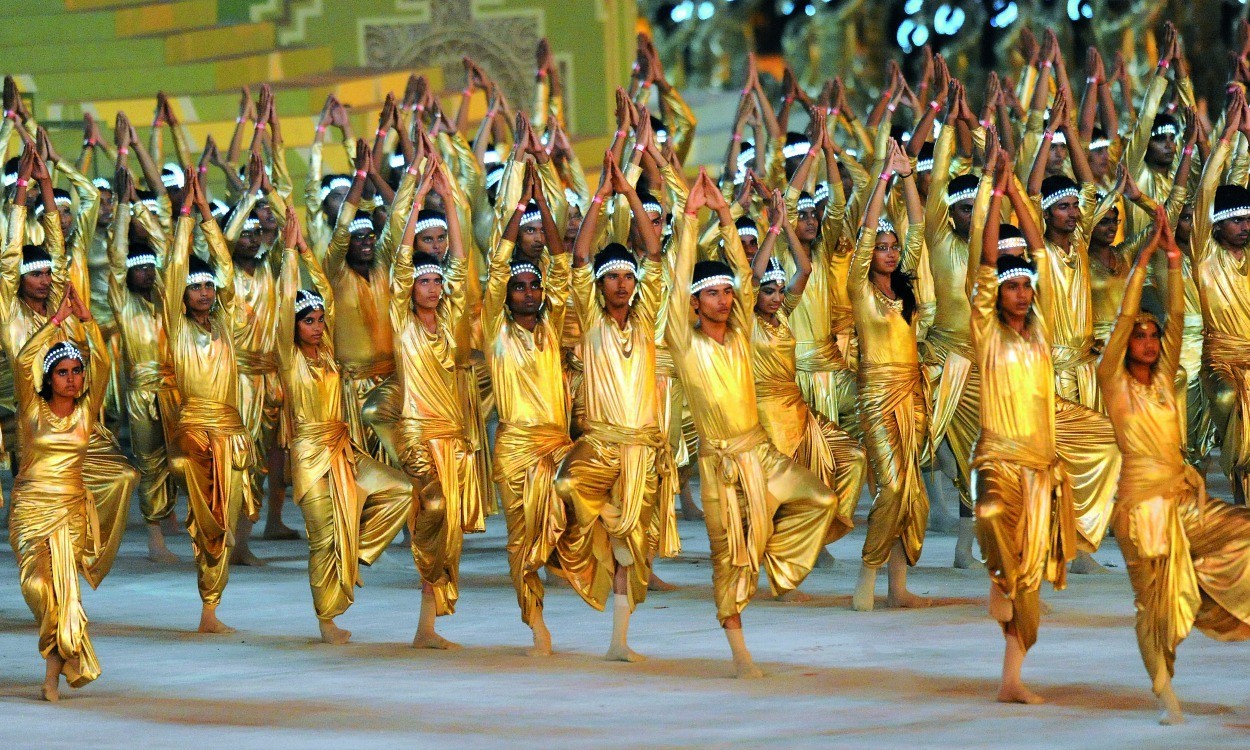 Ahead of the 2014 Commonwealth Games, AW editor Jason Henderson takes a look back at the history of this unique sporting festival

With the Commonwealth being home to almost one third of the world’s population, its Games have featured some of the greatest athletes in history. Track and field legends such as Don Quarrie, Kip Keino, Raelene Boyle and Daley Thompson have graced this unique sporting festival. Classic moments include Filbert Bayi’s gun-to-tape world 1500m record in 1974, the Roger Bannister versus John Landy ‘miracle mile’ of 1954, plus Jim Peters’ dramatic collapse at the end of the marathon at the same Vancouver Games 60 years ago.

Yet this is despite a humble beginning that saw only 11 nations and 131 track and field athletes take part in the first Games in 1930, in addition to a catalogue of financial problems and political challenges, not to mention the crumbling nature of the very British Empire that the Games were created to celebrate.

“The most remarkable feature of the Commonwealth Games is that they should exist at all,” Bob Phillips wrote in Honour of Empire, Glory of Sport – the History of Athletics at the Commonwealth Games. “Their failure has been anticipated more than once … and yet they still find an established place both in the sporting calendar and in our hearts and minds.”

The enduring nature of the Commonwealth Games and its ability to survive for the past 84 years is undoubtedly due to its spirit of sportsmanship and fair play. It has been nicknamed the Friendly Games and the origins for this stem back to the inaugural event when Bobby Robinson, the Canadian athletics official, newspaper sports editor and driving force behind the 1930 Games, insisted it “should be merrier and less stern” than the Olympics.

Competitions between member countries of the British Empire and teams representing the Commonwealth had previously occurred, but the British Empire Games of 1930 in Hamilton was the first major sporting festival and got off the ground despite general apathy and global recession partly thanks to the Canadian host city helping to pay the visitors’ travel costs.

English 400m hurdler Lord Burghley and Canadian sprinter Percy Williams – both Olympic champions two years earlier in Amsterdam – were among the male-only winners in 1930. Yet such was the low-key nature of the meeting, athletes who finished outside the medals or beaten in the heats did not have their positions, let alone times, recorded.

The 1934 Games in London’s White City saw the introduction of women’s events in the athletics programme, with Birchfield Harriers’ Gladys Lunn scoring an unusual 880 yards and javelin double. The men’s events, meanwhile, included Jack Lovelock’s win over Sydney Wooderson in the mile.

The 1938 Games in Sydney moved to the southern hemisphere for the first time when Australia staged the event. Sprinter Decima Norman from the host nation was the outstanding competitor with five golds in the women’s 100 and 220 yards, long jump and relays.

The next Games were meant to go to Montreal, but the 1942 and 1946 events were cancelled due to World War II.

The festival soon returned, though, for the 1950 British Empire Games in Auckland and 12 countries visited the New Zealand event with Marjorie Jackson-Nelson winning the first of seven gold medals at two Games with sprint and relay victories.

Vancouver was the setting for the 1954 British Empire and Commonwealth Games, as it was now called, and falling three months after the first sub-four-minute mile the blue riband race was between Bannister and Landy over 1609 metres. Dubbed the “miracle mile” or the “mile of the century”, it was a titanic head to head that went to the Englishman in 3:58.8.

Elsewhere, the marathon caught the headlines but for tragic reasons when Jim Peters arrived at the stadium with a 17-minute lead and, suffering from dehydration and heat stroke, repeatedly collapsed, staggered and crawled to the finish line before eventually being stretchered away. “I was lucky not to have died that day,” he later said.

By 1958, the Games in Cardiff had grown to accommodate 35 nations and 1122 athletes in nine sports, although this did not include South Africa, who withdrew from the Commonwealth and did not appear again until a post-apartheid return in 1994. Cardiff Arms Park staged the athletics events and the stars included Herb Elliott, the Australian taking gold in the 880 yards and one mile a couple of years before entering Olympic immortality in Rome.

Under searing Australian temperatures, the 1962 British Empire and Commonwealth Games in Perth witnessed another middle-distance legend when Peter Snell of New Zealand succeeded Elliott as 880 yards and one mile champion. Elsewhere, Seraphino Antão became Kenya’s first-ever gold medallist on the international stage, yet surprisingly not in the endurance races but over 100 and 220 yards. In the field, Howard Payne of England won the first of three hammer titles.

Four years later the Kenyans started to show their distance-running ability and the 1966 Games in Kingston, Jamaica, saw the emergence of Kip Keino, who took the mile and three miles golds. In the long jump, Olympic champion Lynn Davies took the first of two Commonwealth crowns.

The 1970 British Commonwealth Games visited Scotland for the first time when Edinburgh staged the championships. Metric distances and electronic photo-finish technology was also used for the first time and Queen Elizabeth II was among the spectators.

The host nation rose to the occasion, too, with Lachie Stewart dramatically winning the 10,000m before Ian Stewart (no relation) and Ian McCafferty enjoyed a memorable one-two in the 5000m. English marathoner Ron Hill blasted to a world-class 2:09:28 victory, while David Hemery took his second sprint hurdles gold and Australian sprinter Raelene Boyle the first of seven golds during a 12-year period.

Filbert Bayi lit up the 1974 Games in Christchurch, New Zealand, when he front-ran a world 1500m record of 3:32.16. The Tanzanian shocked a field that included New Zealander John Walker in one of the greatest races in history.

At the 1978 Games in Edmonton, Canada, the event settled on its current name of the Commonwealth Games and Jamaican sprinter Don Quarrie won his third 100m gold and his sixth medal in total. Henry Rono of Kenya struck a 5000m and steeplechase double, while Geoff Capes took his second shot put gold, Daley Thompson won the first of three decathlon titles and Tessa Sanderson the first of three javelin crowns.

Host nation Australia had plenty to cheer at the 1982 Games in Brisbane when Rob de Castella beat Juma Ikangaa of Tanzania in a ding-dong marathon battle. By now, 46 nations were taking part in the Games and Steve Cram announced his arrival with a 1500m victory, Judy Oakes won the first of three shot put titles earned over a 16-year period and Dave Moorcroft added the 5000m title to the 1500m crown he had won four years earlier. Yet the most memorable event in 1982 was the men’s 200m when Allan Wells of Scotland and Mike McFarlane of England shared the gold after judges were unable to separate them on the photo finish images.

The 1986 Games were hit, though, by a boycott when 32 countries stayed at home due to the British government’s refusal to take sanctions against South Africa and its apartheid policy.

Merlene Ottey also graced the track with the Jamaican winning the 100m and 200m, but the Games showed it had no respect for reputation when an underpar Seb Coe finished only sixth in an 800m won by Kenyan Sammy Tiprop and the unheralded Andrew Lloyd of Australia pipped Kenyan legend John Ngugi in the final strides of the 5000m.

The 1994 Games in Victoria, Canada, saw Colin Jackson take his second 110m hurdles title. Cathy Freeman, who would later become the Australian icon of the 2000 Olympics, won the 200m and 400m. Like Freeman, heptathlete Denise Lewis and middle-distance runner Kelly Holmes began their journey to Olympic glory with golds in Victoria.

In the 400m hurdles and 4x400m, Sally Gunnell took her fifth Commonwealth gold medals. In the triple jump, Julian Golley beat Jonathan Edwards and, remarkably, he is still competing at a high level 20 years later.

Malaysia proved an enthusiastic host of the 1998 Games in Kuala Lumpur and the world-class standard was illustrated by Ato Boldon of Trinidad and Tobago beating Frank Fredericks of Namibia in the 100m with 9.88 to 9.96. Elsewhere, Bob Weir won the discus title for England – 16 years after he had won the hammer title in Brisbane.

After having been restricted to only swimming at the first Games in 1930, by 1998 there was a near-complete programme of women’s athletics events with the pole vault and hammer making their debut.

Manchester was also a great host for the 2002 Commonwealth Games and, with 72 nations taking part, English fans had plenty to cheer such as Paula Radcliffe’s stirring 5000m victory. The home nation sprinters struggled in the blue riband 100m final, though, as Kim Collins of St Kitts & Nevis stormed to gold in 9.98.

The 2006 Games in Melbourne saw Australians rise to the occasion as Jana Pittman won 400m hurdles gold, race walker Nathan Deakes took his fourth Commonwealth title and Steve Hooker triumphed in the pole vault. The loudest cheers in the massive Melbourne Cricket Ground, however, were for Craig Mottram but the big Aussie was outkicked by Augustine Choge of Kenya in the 5000m and he fell in a 1500m won by Kiwi Nick Willis.

Tragedy surrounded the women’s marathon, meanwhile, because while Kerryn McCann defended her title in front of her home crowd – outsprinting, aged 38, Hellen Cherono Koskei to win by two seconds – she died two years later from cancer.

The Delhi Games of 2010 saw Hooker take his second pole vault gold, while Valerie Adams of New Zealand won her second shot put title. And, like a number of champions from Delhi, Adams will be in Glasgow this summer to defend her title on Scottish soil.