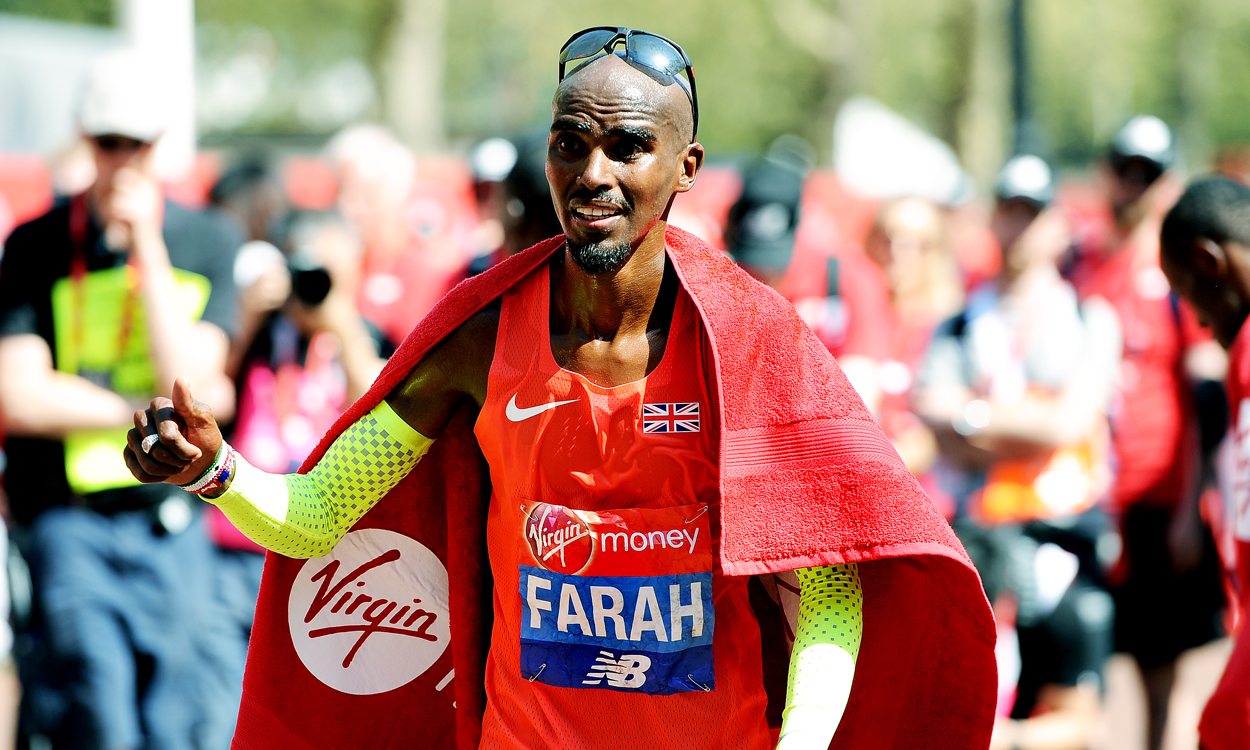 When Mo Farah won the Mini London Marathon in the late 1990s, he dreamt one day of winning the main race over 26.2 miles. On Sunday he did not quite manage the feat, but he made serious strides toward achieving the goal one day by smashing Steve Jones’ long-time British record by almost a minute with 2:06:21 as he finished a fighting third.

Farah’s 2:08:21 marathon debut in London four years ago left many wondering if he was more suited to shorter distances on the track. But not only did he run two minutes quicker in the 2018 race but he ran with no fear as he boldly tagged on to the suicidal early pace (4:22 for the first mile, 13:48 for 5km and 28:19 at 10km – which is sub-two-hour pace – before slowing to a mere 61:00 at halfway) and he mixed it with Eliud Kipchoge, Kenenisa Bekele, Daniel Wanjiru and others.

“You be a man,” said Farah. “Fight like a man, or start off in the back and regret later on. I fought as much as I could. It was do or die.”

The attitude earned him plenty of admirers on Sunday as he took on a fearsome marathon line-up on a hot day in the British capital head on.

Certainly the heat did not seem to bother the Briton – he even chose to race wearing arm warmers as temperatures hit 24C – although he did admit that he was running out of gas in the final 10km when winner Kipchoge and runner-up Tola Kitata began to ease away from him. Or, as Farah candidly put it, he was “bollocksed”. 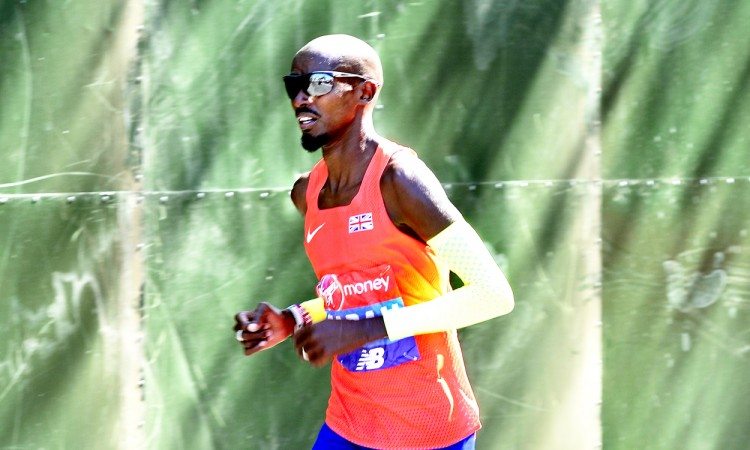 Farah’s decision to go with the early pace was a sign he was in London to race and not simply to try to run a good time. But after clocking splits of 61:03 and 65:18, it’s obvious he can run a faster time in future with less kamikaze pacing.

That next marathon is likely to happen in the autumn, but it remains to be seen whether he will pick New York City, Chicago or Berlin – they are just some of the options at that time of year.

Before then, he races 10km at the Simplyhealth Great Manchester Run on May 20 and also the Vitality London 10,000 on May 28. After that, he goes head to head with Usain Bolt. Not in a footrace, though, but in the Soccer Aid match at Old Trafford on June 10.

The only talk of football on Sunday, however, related to him potentially painting his drinks bottles in Arsenal colours in future so he can pick them out more easily at roadside feeding stations. Farah ran a great race in London but he did have problems re-fuelling when his drinks were confused with those of his rivals.

It is one of several improvements he can make in the next couple of years as he tackles a mixture of big-city marathons and major championships. The Worlds in Doha, for example, was mentioned as a likely target next year, plus of course the Tokyo Olympics in 2020, where he will be 37 years old.

“On the track it took me a few years to get it right,” said Farah, who has won 10 global track titles and now holds British records from 1500m to the marathon. “You don’t win medals overnight and I believe it’s the same in the marathon.”

Farah’s new coach, Gary Lough, added in typically steely fashion: “If you put Mo into a championships environment, like next year in Doha and certainly in Tokyo, then I definitely think that Mo Farah should be someone that people have got major concerns about.”

The opposition is unlikely to get any easier for Farah, though, because when Kipchoge was asked whether the Olympics was in the back of his mind, the Kenyan said: “Tokyo 2020 is definitely not in the back of mind. It is in the front of my mind.”