Managing the mental agony of injury 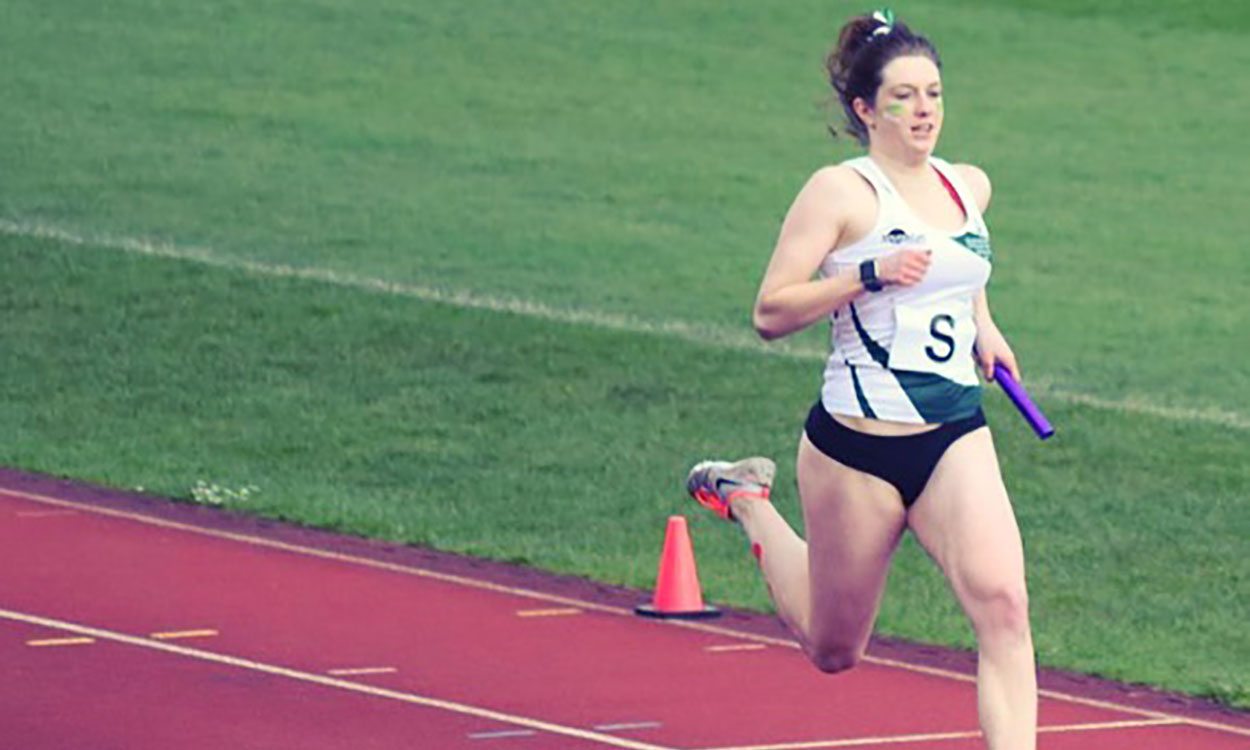 People often find it strange that I was the fastest I’ve ever been in my life at the age of 15 – a good five years ago now. I reached the English Schools final and had the best season of my life, earning PBs across the board. Fast forward five months and I had an injury that led to three years of surgery, pain and a lot of blood, sweat and tears.

For me, this injury was particularly hard to swallow. There was no root cause, no initial trauma or fall. It just happened, even though I had done everything right. I ate right, slept right and trained right. I did everything I was supposed to. And I still got injured. And the funny thing is, even if I could go back and do it all again, I know that I’d do everything the same. This left me with a sense of hopelessness that is very difficult to put into words, and even more difficult to handle.

When you lose the thing that you love more than anything in the world, you cry and you grieve. For me, I entered the stages of grief, which imposed not just the physical burden that comes with injury, but a huge mental burden as well.

First came the denial. I ran even when my ankle hurt, even when my injury flared up. I ran through the pain because I told myself that the pain of not making it to the national finals would be worse. Ultimately, I ended up in a far worse state than before, but somehow I didn’t care. I had to do everything I could to make it.

Next up was the anger. This came when I couldn’t run anymore and I was told to look for another sport and that there was nothing more that could be done. I was so angry at myself for getting injured. Angry at running for putting me in that position. Angry at the world for not being able to help me. But most of all, angry that no matter what I tried I still couldn’t seem to get better.

I felt like I wasn’t making my parents proud anymore. I felt like I was letting them, and everyone else who knew and supported me, down. My parents had given up so much, given me everything I needed to succeed, never once questioning whether it was worth it. I owe them everything, ever single success, on and off the track, and during that difficult time all I could think about was how disappointed they must be with me. Of course, in hindsight, that isn’t what they were thinking at all. They just wanted me to get better, for me to be happy and healthy again, but when you’re stuck in a bad place, all reason begins to go out of the window.

But by far the lowest point for me, not just in athletics, but in my entire life, was the depression that came with the injury.

Like many other injured athletes, what I struggled with was the loss of identity that I had gained from athletics. The sport was my whole life – at school and with all of my friends I was known as the athlete – and losing it left a great void in my life that I had no idea how to fill. I lost concentration and interest in everything I loved. I lost entire days spent in bed. I lost my sense of purpose. There was a time when I would cry every single day and then go back to being numb five minutes later. I just couldn’t cope.

Athletics was my way of escaping from a world I desperately needed an escape from. Losing it turned my life upside down. I was unhappy, moody, without passion. I’d lost the very thing I loved more than anything.

I was more broken and beaten than I had ever been. I felt like falling apart constantly, but the expectation of me was to just deal with it. I was told to keep my chin up, not to worry and to enjoy the time off. I was made to feel ashamed for caring so much, for feeling like I was dying every day. I hid it from a world that didn’t want to see what I was going through, a society that turned away from the slightest hint of weakness.

Since that time in my life, I have spoken to so many injured athletes about this and the number who have grieved and fallen into depression like I did is astonishing. What’s even worse is the fact that it’s so rarely talked about, how there’s such a lack of support to anyone going through this. We as a sport need to do more. We need to support injured athletes, talk more about this and let them know that it is always okay to get help no matter how you feel.

I was eventually able to run again but I took another year out, this time of my own accord, for my gap year. I said it was to concentrate on my career but in reality, I just couldn’t handle the heartbreak anymore.

As it turns out, a year out was just what I needed to get my head in the right place again. I learnt that when a dream starts to feel like a prison sentence, it’s okay if you leave it. I learned not to let the bitterness overwhelm the good memories, because there are so many good memories. And most importantly, I learnt that the doors you close don’t have to stay shut forever.

This year I’ve come back to athletics and yes there has been heartbreak (this sport never really stops breaking your heart) and tears and it’s been one hell of a journey, but I’m glad I opened the door again.

“Athletics was my way of escaping from a world I desperately needed an escape from. Losing it turned my life upside down”

I fell out of love with athletics and it took me two years to be able to say that out loud. But this year I’ve slowly fallen back in love with it. It’s been a slow process, from taking up rowing instead and just running once a week, to gradually getting back to a full athletics programme. And yes, there are times where I still absolutely hate athletics, but like any type of love, you embrace the bad, focus on the good, and grow.

I now know that whether I’m an athlete or not doesn’t really matter. I’ve come to terms with the fact that I will never become the runner that I thought I would be. But the legs I stand on are still the ones that took me over the line at the English Schools final. My arms are still the very same that hugged my teammates well done at the end of every race. My lungs are the same that I swore were giving out on me after every session. I’m still the same girl that rose to the challenge and destroyed every limitation and expectation put up upon her, the same girl that can still do that, but maybe just in a different direction now. Different, but no less incredible.

Occasionally, my mind likes to wander and I think about where I might be if I hadn’t sustained the injury that stole so many years, but I try not to divulge in that fantasy for too long. Rarely I let it get as far as envisaging myself winning that Olympic medal I so longed for, but in the end the sadness always overwhelms me and I force myself to snap back to reality.

In time I’ve learnt to forgive myself for all the years that the injury took from me. After all, how we deal with adversity defines us. I used to be awful at it, but now I can regard it with much more peace and know that I can survive anything that comes my way.

A career-threatening injury is the worst thing that you can imagine happening within sport and it happened to me. Yet I survived it. I’ll have more losses in life and know I’ll survive them too.

I used to wonder what happened to people once they got over their tragedies and proved them ultimately survivable. I guess these days I’ve learnt that there is a life outside of sport, one that needs to be lived. I now have a much better athletics-life balance. I have friends and family that I love and a university that is incredible. Life with athletics in is an incredible one, but the world is much bigger than your PB or the medals you’ve won and it’s good to remember that sometimes.

There is always help available to you, so try reaching out to friends, family, coaches and other support. However, if you feel as though you can’t reach out to anyone, your GP or student services are there to help, or for more information on mental health and getting help visit mind.org.uk.