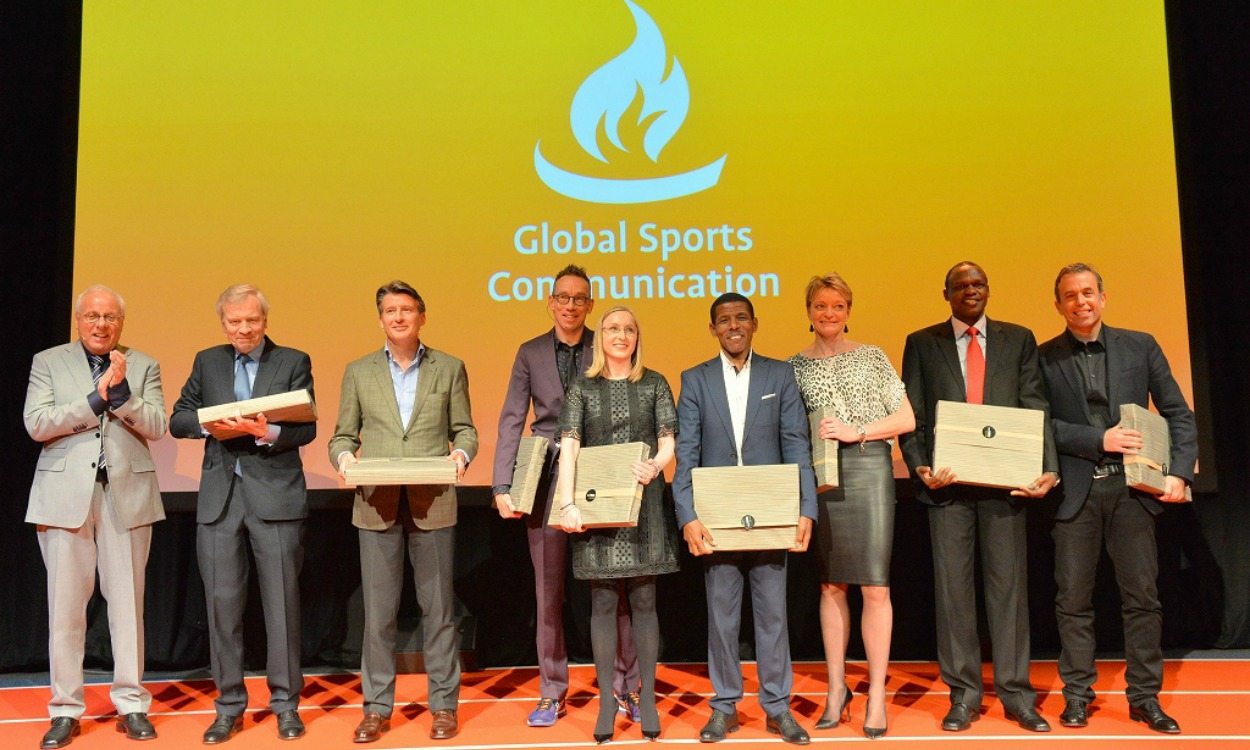 If, as they say, actions speak louder than words then this week’s celebrations at the 30th anniversary of Global Sports Communications left me almost deaf. And not just because of the loud music played as the party ran into the early hours of Wednesday morning.

From start to finish, the event was full of grand gestures, athletics personalities and great stories – allowing for a serious athletics education and an awful lot of celebrity spotting. Who knew, for example, that Olympic 800m champion Ellen van Langen only started athletics aged 19, or that Lord Coe read all of the biographies of the famous milers that preceded him? Maybe lots of you, but not me.

Every little detail of the event was given full thought, from the logo-embossed cupcakes to the 20ft murals bearing the images of two of GSC’s biggest stars Caterine Ibarguen and Kenenisa Bekele in action. It was special setting and a special occasion.

Having spent so much of my time in recent weeks in awe of the achievements and dedication to athletics of GSC founder Jos Hermens, as I put together my feature for last week’s issue of AW, it was brilliant to see many people come together who also appreciate his efforts.

By inviting so many of the key cogs in the career of Hermens and his team to the splendid Dutch Olympic Centre, including 44 world championship and Olympic athletes, GSC were able to share the well deserved and overdue celebration of their success and global impact on the sport of track and field with seemingly everyone that has helped facilitate it.

On a day when the main focus was on Hermens, it was only right that he was joined by so many of the athletes that he has helped convert from upcoming talents into global icons. After a quick offering of the warm drinks and the aforementioned cupcakes, the action kicked off, with the crowd of around 300 people treated to a symposium packed with advice, memories and comedy from the seven guest speakers.

Included was an official farewell interview for Gebrselassie, as the Ethiopian legend together with Szabo and Van Langen were given lifetime achievement awards for their services to the company. There was also description of the scientific ‘deliverables’ that could bring about a sub-two-hour marathon by Pitsiladis and insight from Coe on the steps needed to divert athletics from the current path it is headed for.

Following a brief introduction from the star of the day, Hermens, the Dutchman pushed the limelight towards his athletes and guests in a manner that typifies his career and personality.

Szabo, who rose from the dark surroundings of Romania to win gold at Sydney 2000 before becoming Romanian Minister for Sport, spoke of having to start from the bottom in order to get to the top. “No matter what you are competing for, you can always be a winner,” she said. “Nothing is impossible if you want to achieve something in life!”

For Van Langen, who now works at the company as head of events, it was a case of using the belief and tactical nous developed through experience to achieve her success. “I was not necessary the fastest athlete on that start line in (Barcelona) 1992, but I won because I was the best mentally,” she said.

As for Gebrselassie, he confirmed his definitive exit from competitive racing, maintaining, though, that he will always run for enjoyment as he continues to build up his multi-faceted business and political profiles. “My next competition will be the presidential election [for Ethiopia],” he half-joked.

In arguably the best talk of the day, the focus then shifted to a career in coaching with Sang. The man who is employed by GSC to look after a squad of athletes that includes stars Eliud Kipchoge, Geoffrey Kamworor, and Stephen Kiprotich, told a beautiful story of how he and Hermens had first met. As a young athlete touring Europe, he had lost the entirety of his luggage only for Hermens, who he happened to bump into, to give him a full bag of kit. “I thought, why did he do this?” he said. “Don’t take for granted anything that comes your way.”

Moving on to discuss his current profession, Sang, who is a three-time silver medallist at world and Olympic level, admitted that he had learnt from his own ‘failures’. He explained: “I missed a coach in my career as a self-coached athlete and learnt from that.”

Speaking in depth about his and Hermens’ sub-two-hour project, the first research initiative dedicated to breaking the two-hour barrier in the marathon, Prof Pitsiladis described the ways you could theoretically bring Gebrselassie’s marathon best of 2:03:59 down to 1:59:59. “It is no longer a matter of if but rather when,” he said, adding that the barrier could be broken, in his opinion, in five years’ time.

After Pitsiladis’ futuristic speech, the audience was brought back to earth with the current issues of the sport by Coe, as the IAAF president closed the main reception. Appearing slightly wearied by the events of recent months, the he began by saying: “I’m delighted to be here… after the last few months, I’m delighted to be anywhere.”

Opting to focus on the role of inspiration and understanding within the sport, Coe highlighted the work needed to be done with the youngest generation and their coaches to educate them on what is the right path to becoming a great athlete.

“The first thing you need is to be a student of the sport,” he said. “Understand where your predecessors came from. Understand the setbacks and the political challenges that the athletes went through to get there.

“We need to create a framework for young athletes. Create a values commission. Athletes form their morals in the formative years, we need to make them aware that it is possible to take a young athlete to eventually compete in the Olympics with integrity and values,” he said.

“Our sport should be able to articulate what it stands for, free fair open competition in a way that it can generate interest and attention.”

Finally, as Hermens stood on stage united with his colleagues from GSC, it was revealed that he is to have a biography titled “What You Give You Get Back, A Sporting Life Of Jos Hermens” to document his career.