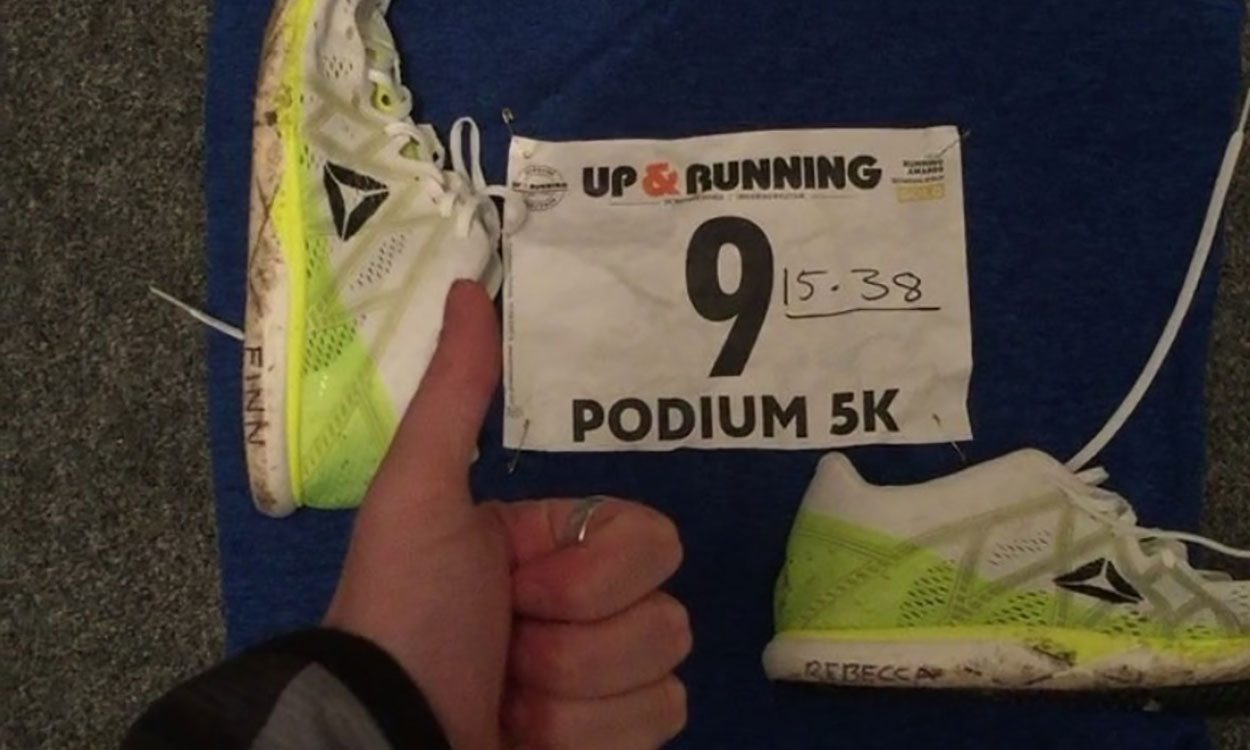 Right, I am not sure where to start with this one.

There have been so many times over the last nine months that I never thought I would get to this point. Calf pulls, collapsing, 35-hour working weeks and sleepless nights with a poorly baby. These are just a few of my sob stories from this year but we all have these issues, they are a part of life, they don’t break you unless you let them. It’s about moving forward and not looking back.

I am not going to lie, before the 5km this weekend I was like everyone else – I was nervous and secretly hoping to get stuck in traffic on my way down. I had the most mental thoughts all the way up to just before the start.

It was crazy, I felt like a kid again. I walked the course, got my numbers and pinned them on. I also forgot my watch and had to borrow Helen Clitheroe’s (thank you, Helen).

I honestly, hand on heart, had no clue I was going to do it – it could have been anything from 15 minutes to 17, I just knew if I got a good start and stayed strong I would be close. I never thought I would get it by 22 seconds.

The support at the race was unreal. Thank you to everyone that shouted my name and cheered me on. I forgot what it was like to be in an actual race. It’s amazing, the feeling is unreal and I think nearly impossible to explain.

So, I have done it. I ran 15:38 with a month to spare – I did in nine months! Just running every day and making sure I did something – anything.

⭐️😃Day-295😃⭐️ It’s done well smashed. I can’t believe it if I am honest, it has been the most craziest mental, journey ever. I have loved every minute of it! First I want to thank everyone that has commented and supported me throughout this! You have no idea how much you helped me get though this! Thank you 😊. Right we aren’t done yet! Now it is time for season 2!! What do we do next, well that is up to you guys! What would you all like the next challenge to be! Please put your ideas in the comments below we will pick the best. Then do a poll and that’s it! We are off on another journey. This time it will be for charity! And if I fail we need a forfeit so get putting them in the comments as well! Have a fantastic Sunday I’m off for a beer 🍺 Thank you. You guys have changed me life 😃

So everyone will want to know ‘what was the secret?’, ‘how did you do it?’

Okay, I will let you all in on it. It’s easy really – I just ran as much as I could, whenever I could and I had as much fun as I could. Some days are hard, really hard, but just forget them and move on. You always have to move forward and to be fair that’s what you have to do to run, move forward.

My one piece of advice from all of this is to treat each day as if the day before never happened. It doesn’t matter if you smashed a session or you ran too hard in your run, tomorrow is a new day to do it all over again. Refuel, re-energise and go again. Keep pushing forward!

Remember, as cheesy as it sounds, your only limit is you.

PS. The biggest thanks go to Rebecca and Finny. Just thank you x.

» You can read more on Colin’s original challenge here. Look out for regular blog posts from Colin here, while you can also follow his journey on Instagram here 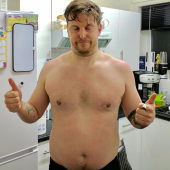