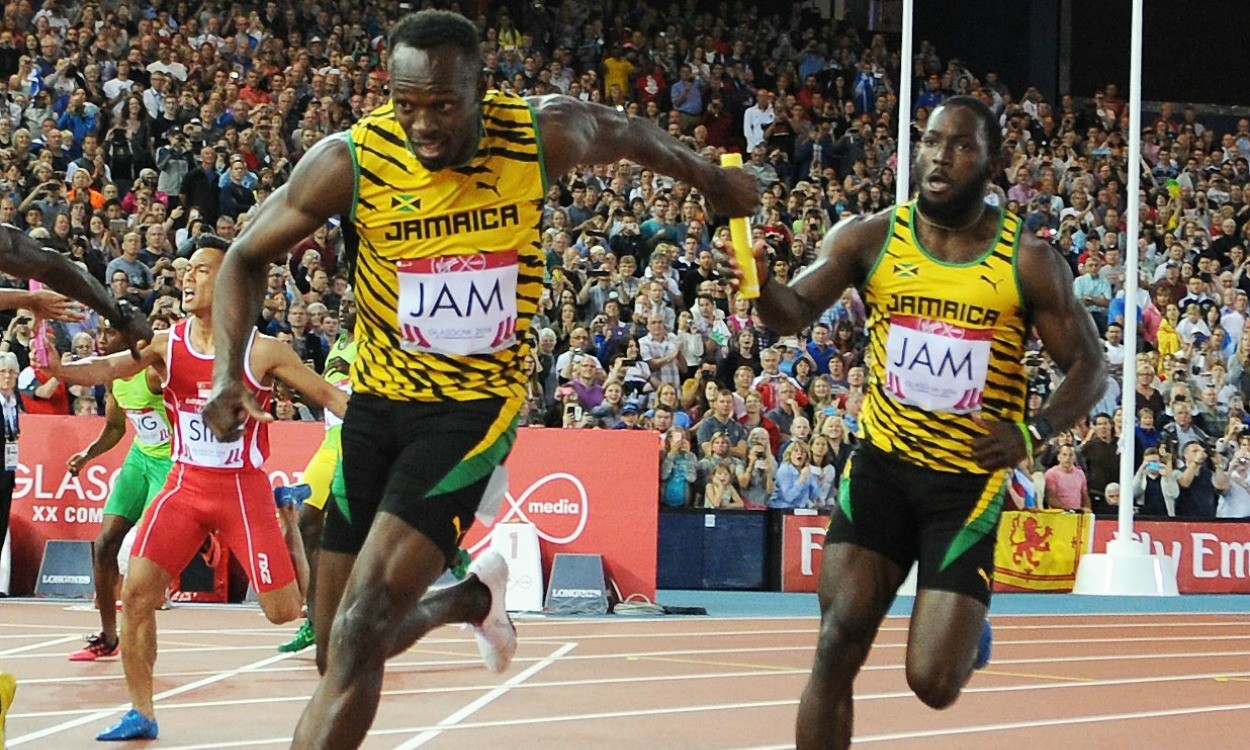 Cheers, not jeers, drowned Hampden Park on Friday evening when Usain Bolt made his much-anticipated debut at the Commonwealth Games. The world record-holder has weathered the s***storm that has swirled around him since The Times ran a story about him slating the Games two days earlier and he showed no sign of losing his popularity as he entertained the 44,000 crowd with a trademark turn of speed in the 4x100m heats.

The Jamaican could easily have done all his talking on the track, but he was also keen to chat to the media afterwards. This was despite Glasgow 2014 officials warning journalists that he would probably only talk briefly about the relay race and nothing else.

Was he ever tempted to go home at any stage in recent days? “No, no, cos it’s a lie,” he said about The Times article. “I was never worried, I was just looking forward to coming out here to show the people that I’m here to have fun and compete and here to do my best.”

Bolt had been accused of saying Glasgow was s*** and that the Olympics were better by The Times, who stood by their story despite Bolt describing it as “lies” as soon as he woke up on the day the article was published.

On Friday night in the mixed zone of Hampden, he added: “She (The Times journalist) asked me how the Games were. I said I haven’t done much as I’ve been in my room.

“She was like ‘is it fun?’ I said, ‘yeah, I guess’. I guess she interpreted it as being “shitty” or whatever. I didn’t appreciate that but that’s how journalists are sometimes.”

So how was Bolt’s experience of the Games on the track itself? “It was wonderful. It felt like I was at the London Games and the Olympics. I was never worried. I know my true people know that I’d never say anything like that. I always go to every country with an open mind to see what it’s all about and to enjoy and see the country.

“I came here with an open mind and the people have been wonderful to me. It was important. I love coming out here to compete with my team, to feel the vibe and enjoy it and laugh and have fun.”

A few metres away, Ricky Simms, Bolt’s manager, repeated to AW that The Times story was not true. Simms, who was in a car nearby to Bolt when the brief chat with the journalist took place, said that Bolt carried on moving because he realised she was a journalist. He added: “Shit just isn’t the kind of word that Usain would say.”