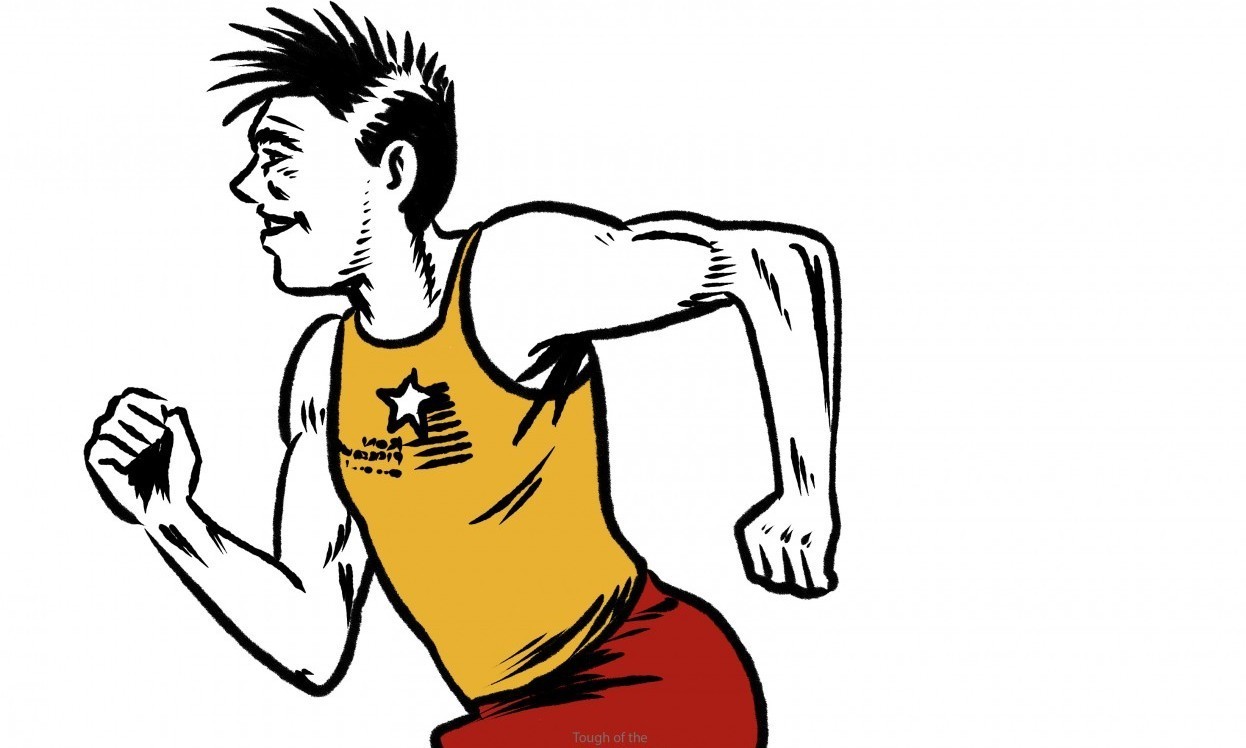 While Mo Farah, Wilson Kipsang and Tsegaye Kebede sip their isotonic drinks and feast on pasta on Saturday night, a certain working-class hero from the north of England will be gulping down his fish ‘n chips and finishing off a spot of welding before getting an early-morning train down to the capital to take them on in the London Marathon.

Yes, as can be seen in the latest issue of Athletics Weekly, Alf Tupper is back! Athletics’ answer to Superman has dug out his Greystone Harriers vest and dusted off his racing shoes and is ready to race 26.2 miles this weekend.

For runners of a certain age, Alf needs no introduction. Younger athletes, though, might need a little background.

Known affectionately as ‘the tough of the track’, he has featured in boys’ comics such as The Rover and The Victor since the 1950s. Typically, he would join a race half a lap late and overcome massive odds before enjoying a last-gasp victory against the snooty upper-class twits from a nearby university.

Forever the underdog, Alf seemingly survived off a diet of fish and chips and no comic strip tale was complete without his catchphrase: “I ran ’em all!”

Indeed, such was his popularity, those words are enough to put a chill of excitement down the spine of anyone who grew up reading about him.

Despite being a fictional character he was adored by many real-life athletes. Ron Hill, for example, was inspired to start running after reading about Alf’s exploits and he went on to win European, Commonwealth and Boston marathon titles.

Brendan Foster, the European and Commonwealth champion, was also a fan and told AW last week that if Alf’s race goes well in London this weekend then he is welcome to tackle the Great North Run in September.

Roughly once a month from this week, AW will be bringing you one of Alf’s new adventures. It promises to be an exciting journey and among other things I’m wondering what he’ll make of the GPS watches, energy gels and huge influx of female runners that have emerged since his last reincarnation.

>> To read the about Alf Tupper’s latest adventures, see the April 10 issue of Athletics Weekly