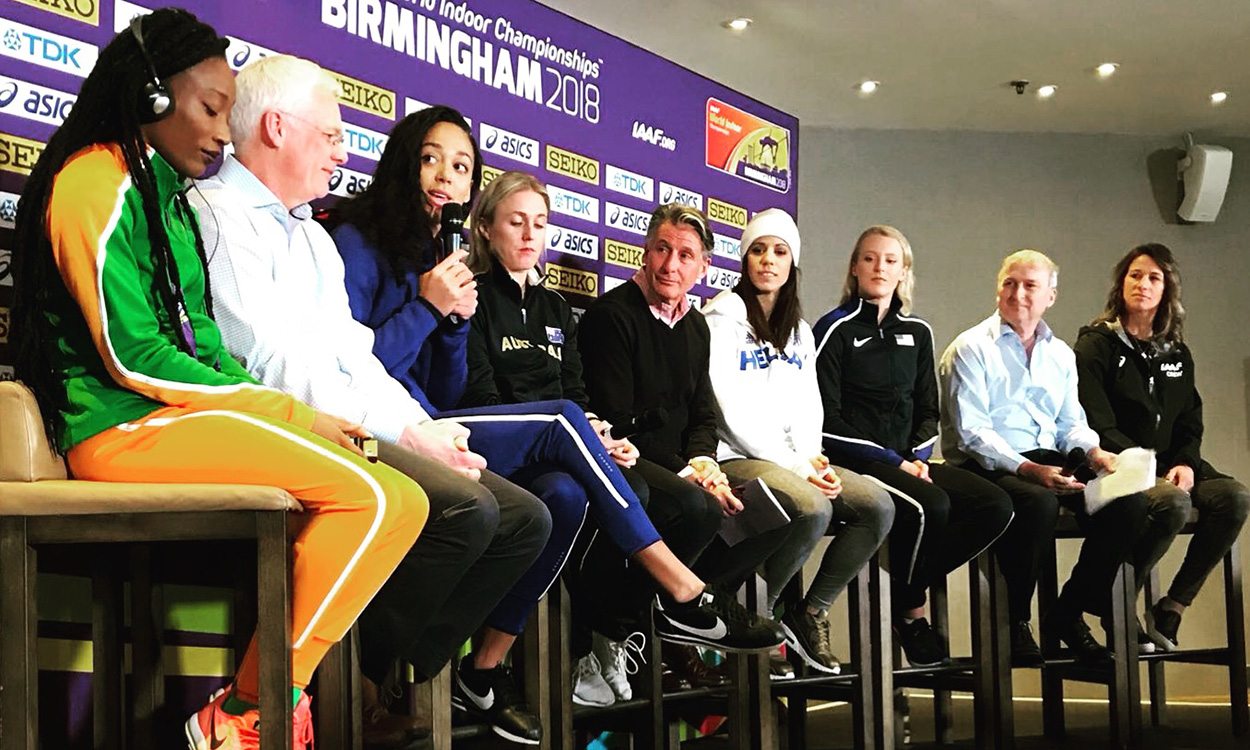 As the UK struggles to handle the snow and icy winds which have hit the country, inside the Hyatt Regency hotel in Birmingham the president of the IAAF, Seb Coe, issued a warm welcome to everyone attending the World Indoor Championships.

Some spectators might be struggling to reach the Arena Birmingham venue for the event. But, once there, Coe believes they are in for a treat.

“Birmingham has hosted some of the best events we have had,” he said. “We feel we are in the home of British athletics. It is the UKA headquarters and most of us remember very fondly the 2003 (world indoor) championships here. We have had World Half Marathon Championships, the Diamond League and World Indoor Tour. So we are in very safe hands.”

He added: “We are in a city that really does get athletics. We are delighted to be here. The UK has been a trusted and regular host to our events. We had an epic World Championships in London only a few months ago.”

Coe was speaking at a press conference alongside athletes such as Katarina Johnson-Thompson, Sally Pearson and Katerina Stefanidi, plus Ian Ward, from Birmingham City Council, who declared his city as the capital of domestic athletics in the UK in AW this week.

Coe also looked ahead at the action, saying: “We have some pretty delicious tussles. Our sport is about head-to-heads. Christian Coleman and Su Bingtian is one of those head-to-heads.”

On the opening night of action, on Thursday March 1, he said it was a great idea to showcase the high jump, explaining: “In Portland (at the 2016 World Indoors) we did this with the pole vault. There were queues on Friday night and we let people in and let them sit around the pole vault area. It matters to get people close to the action.”

Cllr Ward added: “Arena Birmingham has benefited from a £26 million refurbishment since 2003. So we now have even better facilities for athletes, spectators and the media.

“The arena was purpose-built for indoor athletics. So I have the opinion that we have the best indoor venue for athletics anywhere in the world. We hope to demonstrate that this weekend.”

No one could escape talking about the unseasonably cold weather, though, with Cllr Ward adding: “It is a bit cold outside, so to anyone coming to the championships, I would say: ‘Plan your journeys well ahead and take note of the weather forecast.’ But no matter how cold it is outside, inside the arena the competition will be red hot.”

Meanwhile, on Thursday UK Anti-Doping (UKAD) announced that masters athlete and coach David Burrell has been suspended from all sport for a period of four years following an anti-doping rule violation.

Burrell was charged with ‘evading, refusing or failing to submit to sample collection’ after being notified of a test on August 23 last year at his home address.

A link to the full judgement can be found here.

» For unrivalled, event-by-event coverage from the IAAF World Indoor Championships in Birmingham, see the March 8 issue of AW