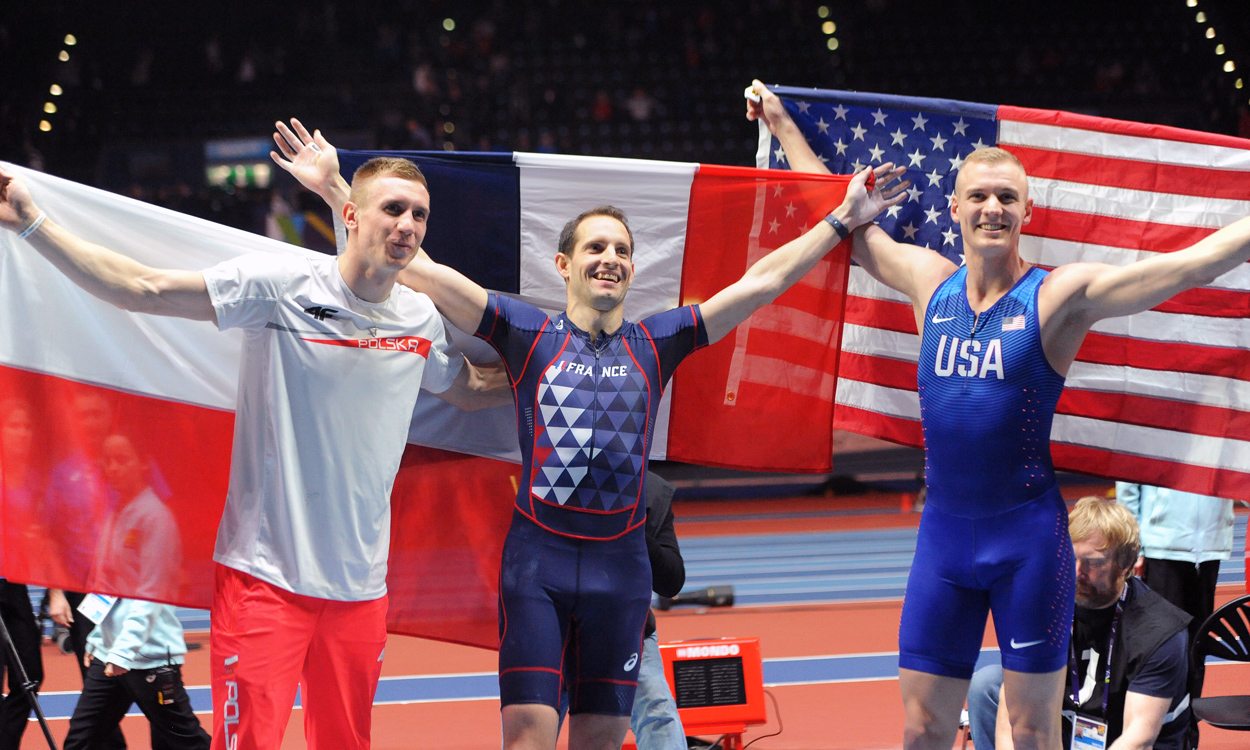 A marathon three-and-a-half-hour pole vault contest culminated in Renaud Lavillenie coming out on top with a winning mark of 5.90m at the IAAF World Indoor Championships on Sunday.

The world record-holder did not enter the contest until the bar reached 5.70m and won the gold after taking only four attempts in entirety, but he cleared the heights that mattered – including a vital 5.90m on his second attempt – to give him a hat-trick of world indoor titles.

This meant he sat out much of the early action in a competition that began at 3pm and finished at 6.30pm when he had already sealed the win but took three failed attempts at a championship best of 6.00m.

Impressively, many of the crowd stayed around to not only watch the vaulting but to see the medals ceremony, despite the final track action ending an hour earlier.

Silver went to Kendricks with 5.85m, while Piotr Lisek of Poland also cleared the same height but was edged out on countback.

Armand Duplantis, the junior sensation from Sweden, finished equal seventh with 5.70m and Olympic champion Thiago Braz of Brazil only 12th with 5.60m.

“This winter I’ve been back to some good performances after injury,” said Lavillenie. “Today was very good with a great crowd and competition. I’d like to say thank you to everyone who stayed. I know it went on quite long but I know this is one of the best places in the world where we get support.”

Kendricks was generous in defeat, saying: “I always try to be in the mix at the end of the game. I’m ecstatic with silver. Every time cannot be your day to win but you can try to be at your most competitive and that’s what I aimed to do and I aimed to be.

“I went for the win at 5.95m but could not do it. I must therefore bow out to Renaud and understand that he is a great indoor jumper and he made those jumps when it was crucial.”

There was also a great battle in the women’s long jump, with Ivana Spanovic of Serbia gaining her first global gold after many years of trying.

This time she got the better of USA’s Brittney Reese, who had been going for her eighth world title combining her honours claimed indoors and out. 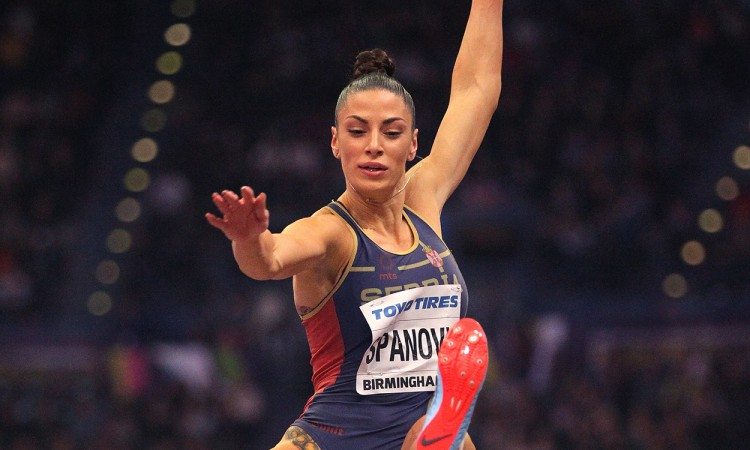 Spanovic had been the last athlete to jump in the first round and she soared into an early lead with 6.89m. Quanesha Burks was in second at that stage with her 6.81m indoor PB, ahead of her team-mate and captain Reese in third with 6.76m.

After three rounds, Spanovic was still in the lead thanks to her first-round effort, while Germany’s 2015 European indoor silver medallist Sosthene Moguenara-Taroum had moved into the runner-up spot with 6.85m.

After being pushed outside the medals, Reese fought back with 6.89m in round four to equal Spanovic’s leading mark, but the determined two-time European indoor champion responded with a world-leading 6.96m to regain the sole lead.

Reese couldn’t improve with her last two jumps, while Spanovic chose to pass them and so the medal positions were decided.

“I still cannot believe it even though I was preparing myself for it,” said the winner, who had previously claimed silver or bronze at five global championships. “Last time I lost the world title in the final attempts so I just wanted to stay focused and waited until the very end.

“I have tried to win this title so many times and finally I managed to produce gold. Brittney Reese is a huge personality, she is a special athlete.”

Reese said: “I’m not happy with my performance. I did not execute the way I needed to on the day. Ivana got the better of me.

“I’m a little disappointed but I can go home with something.”