Bronze for Eilidh Doyle behind US one-two 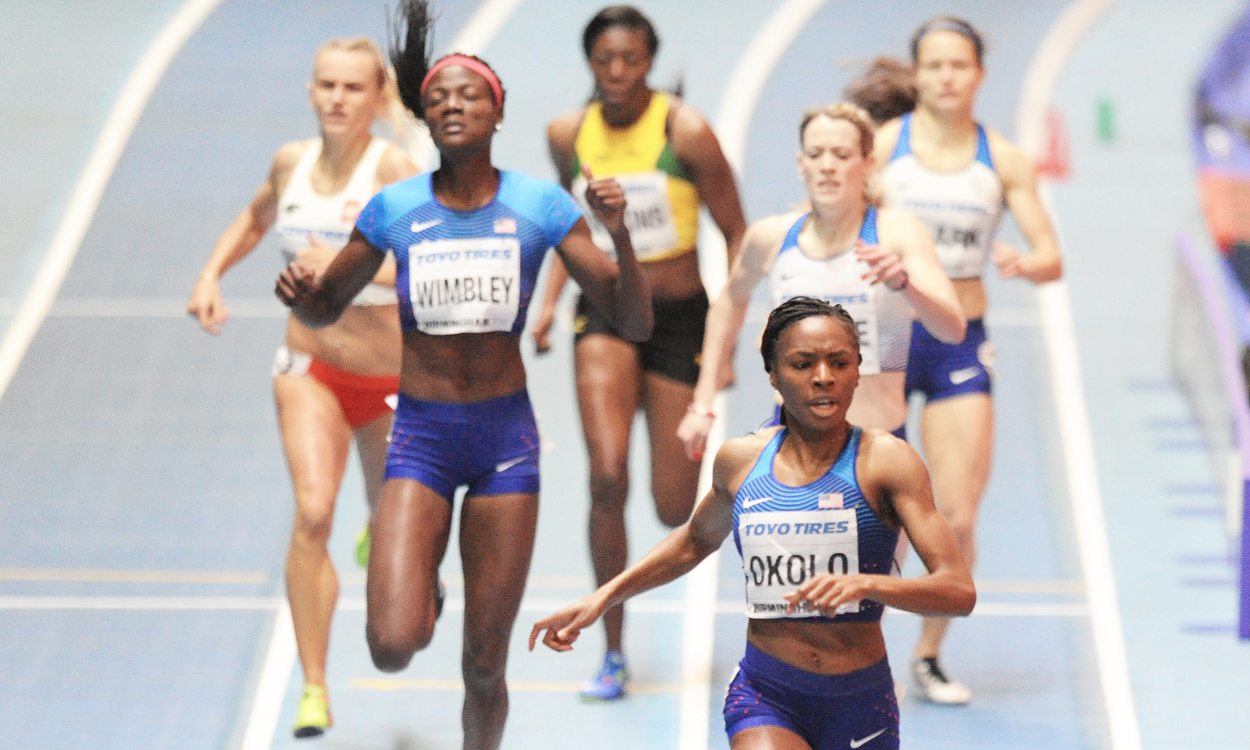 Eilidh Doyle enjoyed a great boost ahead of next month’s Commonwealth Games in Australia when she made the podium at the IAAF World Indoor Championships on Saturday.

The 31-year-old has won 400m hurdles silver at the Commonwealth Games twice in the past and is hoping to graduate to gold in Australia and in Birmingham she showed her flat speed has rarely been better as she took third behind US duo Courtney Okolo and Shakima Wimbley.

“I’ve always won medals in the relays but to win one on my own in an individual 400m is very special and means a lot,” said Doyle. “It’s not my preferred event so to do this is incredible.”

Okolo, meanwhile, was delighted and the 22-year-old said: “World champion sounds really good. It means a lot to know that I can hold my own and do it by myself.”

Doyle added that she had enjoyed a little fortune over the weekend as she had originally finished third in her semi-final but the athlete ahead of her, Léa Sprunger of Switzerland, was disqualified, moving the Briton up to second. “It was a rollercoaster thinking I’d gone out and then being put in the final,” she admitted.

She continued: “I love the indoors. This has prepared me so well for the Commonwealth Games as well. I can go into that with so much confidence. I’m testing my flat speed and it is clearly there so I’ll look forward to getting back to the hurdles,” added Doyle, who joined fellow former Kinross High School student Laura Muir on the podium after the middle-distance runner took 1500m silver.

Behind Doyle, fellow Brit Zoey Clark finished sixth in 52.16. “I’ll refocus now for the Commonwealth Games where I’ll be competing alongside Eilidh again,” said Clark, who had been drawn on the tight inside second lane and faded on the second lap after running a hard first 200m to put herself into contention.

Pavel Maslak took his third world indoor 400m title but even he admitted it was a tainted gold after the first two athletes across the line joined the long list of disqualifications that are plaguing the championships.

Óscar Husillos looked to be a convincing winner as the Spaniard blasted to a championship record of 44.92 ahead of Luguelín Santos of the Dominican Republic.

But they were both disqualified for lane infringements and a Spanish protest against Husillos’ DQ was rejected.

“I think the guys were stronger than me and I do not know what went wrong for them,” Maslak said graciously after his 45.47 clocking which had left him half a second behind Husillos. “They would have beaten me anyway so even if it is gold, it will have a bronze flavour for me.”

The DQs also meant Michael Cherry of the United States took silver and Deon Lendore of Trinidad the bronze.