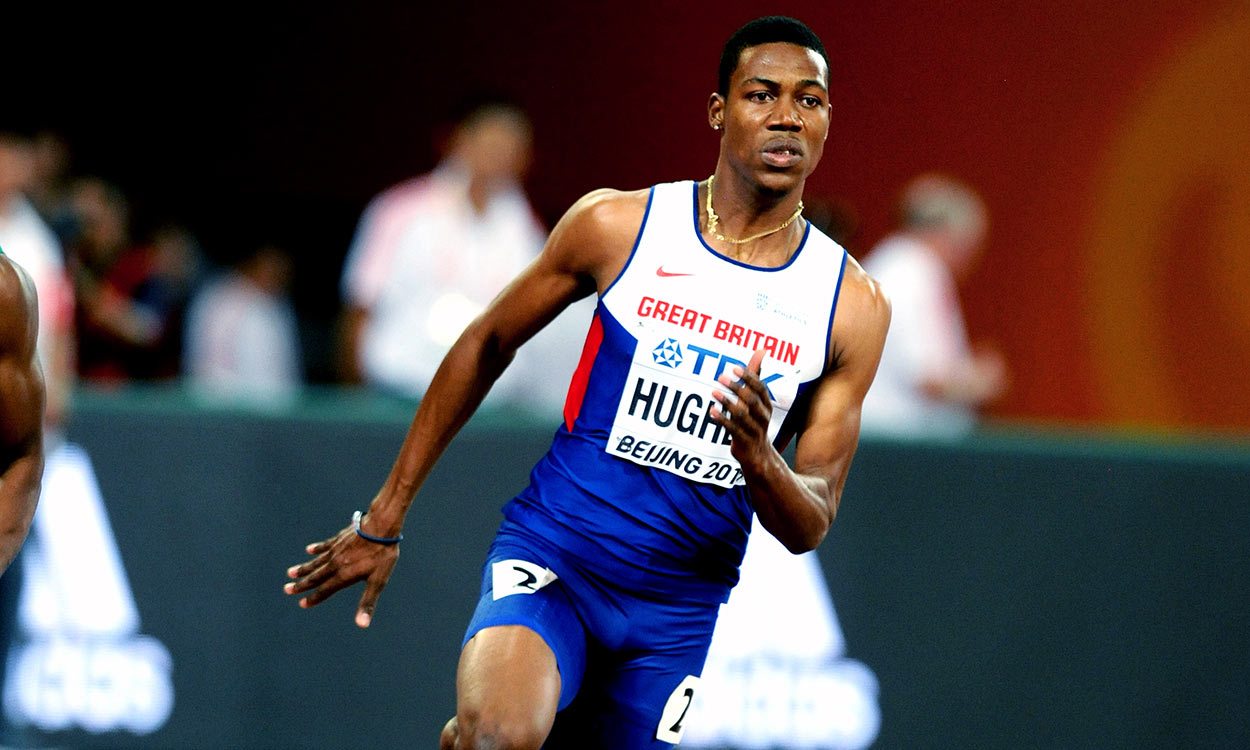 Zharnel Hughes says missing last year’s Olympics in Rio has left him “hungry” and he will go into next month’s IAAF World Championships targeting a medal.

The 21-year-old’s 200m spot on the GB team was confirmed in Loughborough on Tuesday as he was given the nod ahead of Adam Gemili for the individual event, while both also feature in the 4x100m squad.

“Last year was quite hard for me, since it was the Olympics and not being a part of it,” says Hughes, who had injury struggles in 2016. “But I’ve definitely moved on from it now. I’ve grown mentally and physically.

“This year I’m much stronger. I’m hungry from last season.”

Given the strength in depth in the event, Hughes believes London could be the ideal stage for British sprinters to step up and really make an impact.

“This is the perfect place for us to do it,” says the 20.02 200m man, who has a best of 20.22 this season which puts him third in the GB summer rankings behind his team-mates Nethaneel Mitchell-Blake and Danny Talbot. “All of us athletes are really hunting to perform to our very best in front of the crowd.

“I don’t see it as any pressure. As long as we stay focused on the task, don’t put too much pressure on ourselves and go out there and execute according to plan then, hey, I don’t see why we shouldn’t medal.

“I don’t put limits on myself,” he adds. “I just try to stay focused. I’m confident in myself, my training and my coach, that I know I can do something amazing.”

Five years ago, Hughes watched the 2012 Olympics on TV with his mother back in Anguilla. This summer they will both be in London.

“My mum will be over here with the rest of the family,” he confirms. “They’re excited, I’m excited and I’m ready to go.”

Read more from interviews with Hughes and British Athletics’ performance director Neil Black in this week’s AW magazine, out on Thursday.