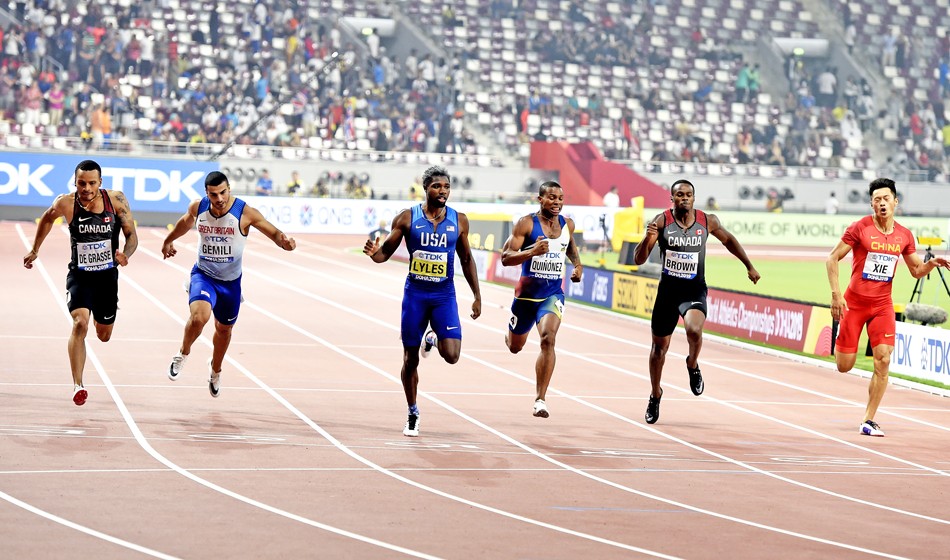 World Athletics has discussed the option of moving next year’s World Championships, should it prove necessary to allow for the postponement of this summer’s Olympic Games.

On Sunday the International Olympic Committee (IOC) said postponement of the Tokyo Games is among the options being considered due to the coronavirus pandemic but that cancellation “is not on the agenda”.

A decision is due within the next four weeks.

World Athletics responded by saying it welcomes discussions with the IOC to postpone the Tokyo Olympics.

Reinforcing its commitment, on Monday the global governing body confirmed that it has already held discussions to make sure the World Championships in Eugene, Oregon, could be moved if needed.

Olympic Games action was due to take place between July 24 and August 9 but, with a growing number of qualifying events being called off and with athlete training being heavily disrupted, those dates are looking increasingly unfeasible.

Next year’s World Championships in the USA are currently set for August 6-15 but could be delayed to allow the Games to take place next summer instead.

“World Athletics welcomes discussions with the IOC to postpone the Tokyo 2020 Olympic Games and has written to the IOC to share this feedback from the sport,” the governing body said in a statement to AW.

“We stand ready to work with the IOC and all sport on an alternative date, including dates in 2021.

“World Athletics has already been in discussion with the Oregon 21 organising committee regarding the possibility the Olympic Games may move to next year and they in turn have held discussions with their key stakeholders and have reassured us they will work with all of their partners and stakeholders to ensure that Oregon is able to host the World Athletics Championships on alternative dates should that prove necessary.”

World Athletics president Seb Coe has also reportedly written to IOC president Thomas Bach to say that all the area athletics federations unanimously feel it is “neither feasible nor desirable” to stage the Olympics in July.

On Monday The Athletics Association released survey results following a poll of track and field athletes, stating that 78% of respondents believe the Tokyo 2020 Olympics should be postponed due to the coronavirus outbreak, while 22% believe the Games should be cancelled and 87% say their preparations have been adversely affected.

The Olympic committees for Canada and Australia have both already said they will not send teams to the Games this summer.