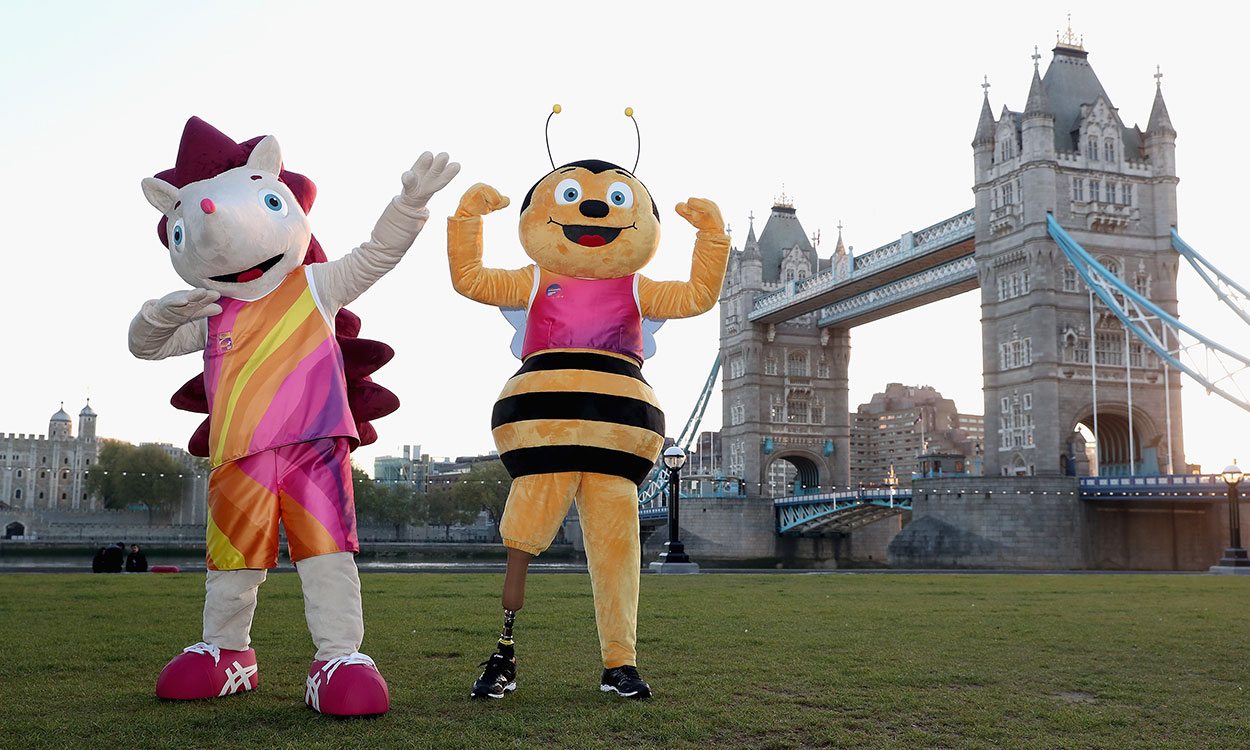 Whizbee the Bee and Hero the Hedgehog have been unveiled as the official mascots for this summer’s World Para Athletics Championships and IAAF World Championships respectively following a nationwide search in partnership with iconic BBC children’s television show Blue Peter.

Whizbee and Hero were created by nine-year-old Elinor from the West Midlands, with her designs standing out among the more than 4000 entries to the official mascot competition run by organisers and Blue Peter earlier this year.

From the entries received, 29 of the top 30 were submitted by children outside of London, with the key to Elinor’s winning entry being her message about the need to protect bees and hedgehogs with numbers in decline across the UK.

Elinor is now set to receive four tickets to a session at both Championships, a VIP tour of the London Stadium, a framed photo of the finished mascots and a Blue Peter orange competition badge, having already enjoyed a VIP visit to see her designs come to life.

In line with Elinor’s wishes for her Whizbee, organisers conducted a successful search for an actor with a below-knee leg prosthetic to perform as the mascot in the build-up and throughout the World Para Athletics Championships – something that has never been done before.

“It is so exciting that my designs were chosen as the winner,” said Elinor. “I was so happy when I was told. When I saw the competition, I was really inspired but I didn’t think I would win. 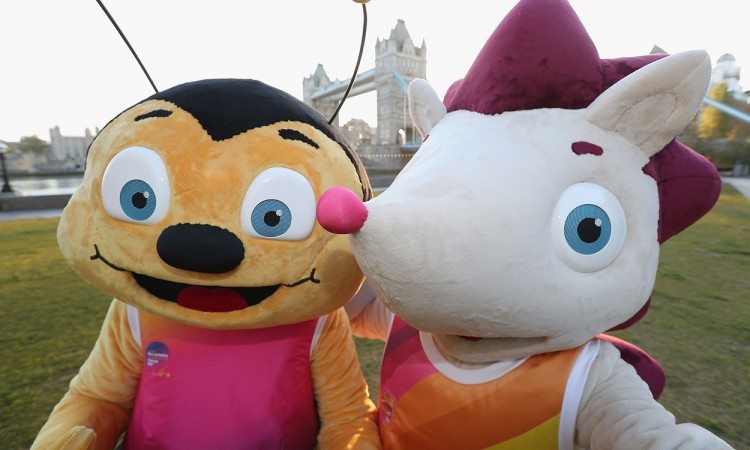 “I chose Whizbee and Hero because they are endangered species and are survivors. Bees are really important because they make the world go around and hedgehogs are determined and brave. Whizbee has a blade like the Paralympians, which is really important. It’s really cool getting them made into proper mascots. I can’t wait to see them in the summer.”

Ennis-Hill said: “I really enjoyed being part of the judging panel for the London 2017 mascot design competition. Having stepped away from the track it was nice to be asked to be involved in this year’s World Championships in a different way.

“As a mum I love the idea of London 2017 and Blue Peter encouraging youngsters to get involved with the Championships by designing the mascots. There were so many good, creative designs it was pretty hard to choose a winner.

“I think Elinor’s reason for choosing a bee and hedgehog, and the fact that they are creatures in our everyday lives in Britain, made the designs stand out. Hopefully the mascots will bring a lot of fun and energy to the Championships.”

Whitehead added: “Being part of the judging panel was a great experience. It was difficult to choose the winner from the thousands of youngsters who entered designs through Blue Peter but Whizbee and Hero illustrate exactly what we were looking for.

“They are innovative, imaginative and bold and with a touching message that we need to do more to protect these species. As a dad, the values of the Championships are really important to me and London 2017 offers so much to inspire youngsters. Running at the Championships knowing I have played a part in something for athletes and spectators to engage with is really exciting and I can’t wait to celebrate success with Whizbee in July.”

Niels de Vos, championship director, said: “On behalf of everyone at the Local Organising Committee, I would like to say congratulations to Elinor for her winning designs, Whizbee the Bee and Hero the Hedgehog. I would also like to thank Blue Peter for helping us to launch our search for a winning mascot design. Blue Peter has been an inspiration to kids for generations, just as our top athletes like Jess and Richard have been.

“As proven by the great number of entries, children across the UK are being inspired by both Championships being held in the same year for the first time ever and we are working hard to engage them as much as possible. Our Usain Bolt inspired children’s ticket has been extended for the IAAF World Championships, our schools ticket offer for the World Para Athletics Championships was rolled out nationwide and over 400 schools have signed up to receive free curriculum linked athletics resources through our Starting Blocks education programme.

Tickets are on sale at tickets.london2017athletics.com.