Wendy Sly to step up in distance 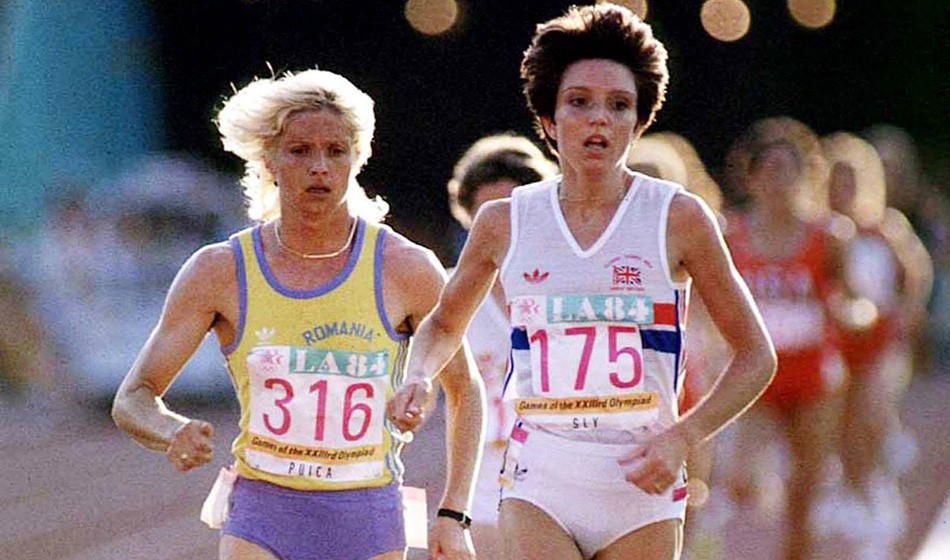 At the 1984 Games in Los Angeles, where Sly won her medal, the longest track distance for women was 3000m and the marathon made its Olympic debut.

But now it is commonplace for women to race equally long distances as men and Sly is looking forward to the opportunity to run a distance that she didn’t get chance to race during her elite racing days.

Sly, who oversees the production of AW in her role as managing director of Great Run Publishing, is training for London with long-time friend and former 2:42 marathoner Sylvia Kerambrum (pictured below) and raising money for the Ron Pickering Memorial Fund.

“I’ve gone to the London Marathon for the last 20 years and always been inspired and always talked about doing it,” says Sly.

“Probably as an athlete I could have run a good marathon but the reality was the nerve-trap injury I had in my leg wouldn’t allow me to race at all, so I never had the marathon time I wanted to have as a runner. Then suddenly I had this big birthday ahead of me and I realised that if I was going to do it, I had to do it now.” 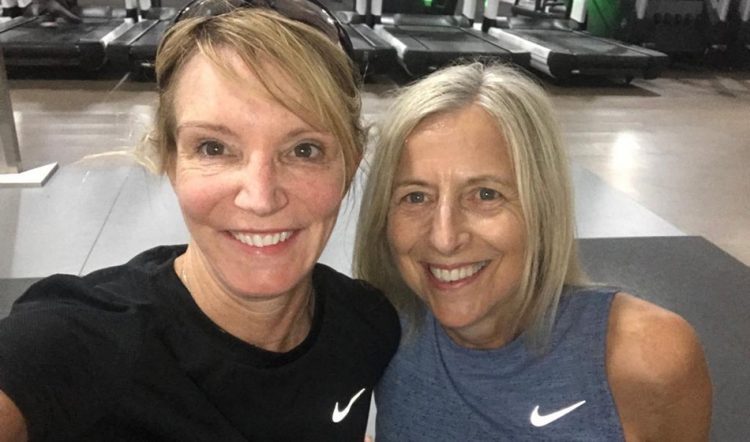 She adds: “My friend Sylvia, who I run with most Sundays, turned 60 this year and I turn 60 next year. I made the crazy decision to ask her if she’d like to do it for our birthday. Most people would arrange a party but because we both love to run and love a challenge and we wanted to prove we’re not as old as it says on the tin, it seemed like the ideal opportunity!”

The pair have a target of breaking four hours and are being helped by coach Nick Anderson, Nike, Polar and SOS hydration, but Sly continues: “We want to run together and finish together – we are supporting each other. Making it an enjoyable and positive experience was really important for me.

“Running London was a combination of friendship and my love of the sport and giving something back to kids that are in the same position as I was 40 years ago. The Ron Pickering Memorial Fund has always been something that has been close to my heart and the whole lot fitted together perfectly. Everyone has been so supportive. They think I’m slightly mad, but I am anyway, so there’s nothing new there! It’s very me in so many ways!”

» See uk.virginmoneygiving.com and search for Wendy Sly to offer your support

Sly will warm up for her marathon debut by taking on the Limassol Half Marathon on March 24.

Forming part of the popular OPAP Limassol Marathon GSO weekend, the half-marathon is run on a flat and fast course along the Cypriot city’s spectacular coastline and with a favourable spring climate it’s a great goal for many runners who are training through the British winter.

Sly will be among the thousands who head to Limassol for the full AIMS-accredited 26.2-mile event as well as the half-marathon, Petrolina 10K Energy Race and the 5K City Race.

“Having made the big commitment to run the Virgin Money London Marathon on behalf of the Ron Pickering Memorial Fund, it makes sense to prepare in the best way possible,” says Sly.

“The Limassol Half Marathon provides the perfect opportunity to run a half-marathon in a beautiful setting, with warm weather and a friendly atmosphere, as preparation at an ideal time ahead of the big event.

“I’ve had so many wonderful family holidays in Cyprus and I’m really excited to experience Limassol for the first time.”

Ahead of her four-hour goal for London, Sly hopes to complete the Limassol Half Marathon in around 1:45 and will welcome the support of the event’s team of pacers.

» More on the OPAP Limassol Marathon GSO weekend can be found at limassolmarathon.com