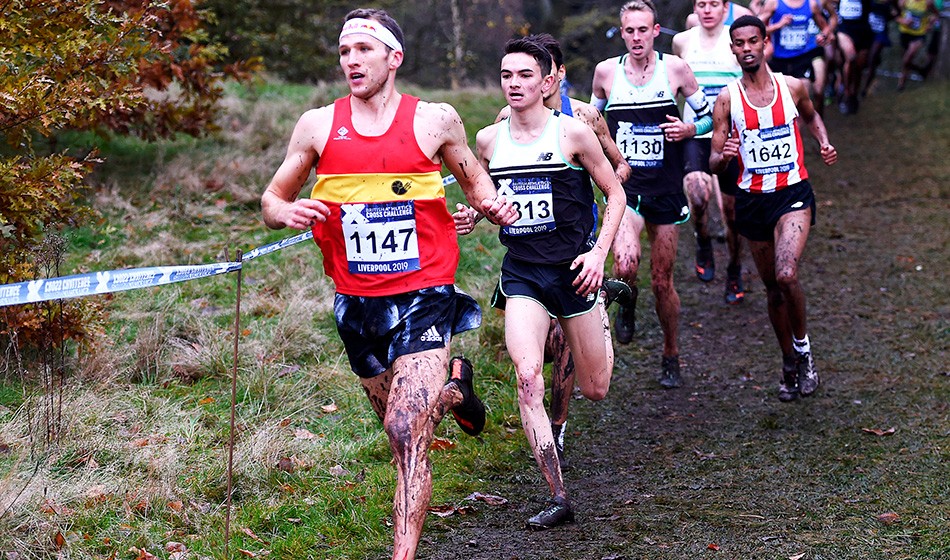 Whether it’s 100 miles over the trails and hills or a track 10,000m, the GB international believes that mixing things up helps him to succeed

Tom Evans is an athlete who loves a challenge. This is a man who discovered his talent for running huge distances in 2017 after a bet with his friends saw him taking on the famously gruelling Marathon des Sables. He shocked the ultra running world by finishing third.

Further evidence of his endurance ability followed with victory at the CCC 101km race which forms part of the Ultra Trail du Mont Blanc week in France, while there was also a bronze medal at the IAU/ITRA Trail World Championships in Spain in 2018.

Last year, he became the fastest non-American to complete the Western States 100, with his time of 14 hours, 59 minutes and 44 seconds also making him the fifth quickest athlete in history on the iconic ultra-distance course in California as he finished third.

But it is not just mammoth, epic assignments which get Evans’ competitive juices flowing.

Last year he was also to be found competing on the track at the English 10,000m championships, on the road at the Granollers half-marathon in Spain or revelling in the muddy challenges of a number of cross country events.

Evans enjoyed himself so much, in fact, that his sixth-place finish at the British Athletics Cross Challenge in Liverpool last November saw him qualify for the British team which competed at the European Cross Country Championships in Lisbon. Senior men’s team gold was a treasured souvenir from a trip to remember. 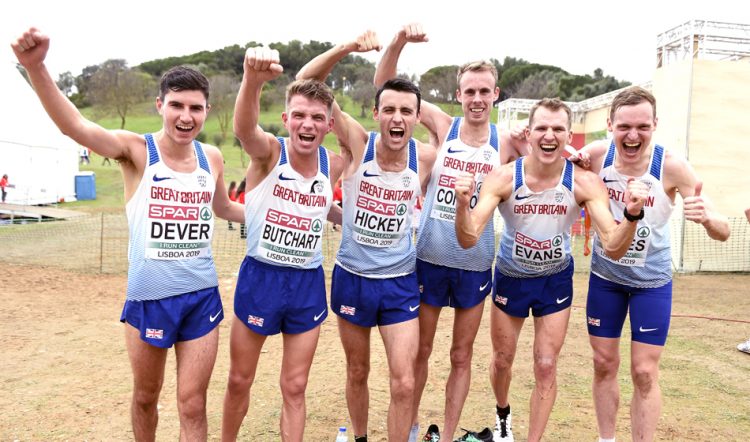 Varying distances, speeds and terrain is part of what Evans loves about his chosen sport. Yes, the ultra running takes top priority but the former army captain believes that, by regularly mixing things up in training and racing, he is becoming a more rounded runner.

“People have seen ultra running as something that older people do and that the training for it is very much ‘you just need loads of volume’. But my training is hilly marathon training with a couple of longer runs and then some really specific, targeted sessions,” says Evans, who is based in Loughborough. “Those will be as specific as possible to the race I’m training for because whether you
run London or Berlin your training could be almost identical.

“Then for something like cross country I want to be as fit as I possibly can – and efficiency and economy are everything.

“If I can comfortably run six-minute miles for four hours in hills, then brilliant. But if you don’t ever run faster than that, you’re never going to be able to do it so for me this was shifting my lactate curve, shifting my efficiency. If six-minute miles has become easy then what if I can make it 5:50? For the same effort, the same heart rate, if I can run a mile 10 seconds quicker every mile … over 100 miles that’s a lot!”

He adds: “I ran in the English 10,000m track championships, then I did a 100-mile race and then I got to the European Cross Country Championships.

“If you look at other trail runners, mountain runners and marathon runners – someone like Robbie Simpson – it works! Robbie is a Commonwealth Games medallist at the marathon but he’s a mountain runner and I think people forget that.

“If you look at runners from the US like (Western States winner) Jim Walmsley, who has run a 64:00 half-marathon, that’s awesome. He’s a mid-13 5km runner.

“My next ultra marathon is in New Zealand in February and the last 10km is on a canal path. So if I can put myself in a position where, after 90km, I am able to run the last six miles at six-minute miling…no-one else is going to be doing that. I hope!”

“If I can comfortably run six-minute miles for four hours in hills, then brilliant. If six-minute miles has become easy then what if I can make it 5:50? For the same effort, the same heart rate, if I can run a mile 10 seconds quicker every mile … over 100 miles that’s a lot!”

Evans’ passion for what he does is undeniable. Asking questions of his body is where he seems to find greatest satisfaction.

“With something like the European Cross or the Cross Challenge, I think it just sets foundations,” he says. “Similar to a marathon runner, I have two or maybe three ‘A’ races a year but I love racing so if I can show people that you can juggle (different styles and distances) then great.

“Even if I wasn’t winning races or doing as well, then I would still be doing this. For me to get this opportunity to be able to compete on the world stage in the mountains or in a 100-mile race at Lake Tahoe or at the European Cross Country – it’s incredible. I get to travel the world, doing something that I love.

“I moved to Loughborough and I’ve trained with Andy Butchart quite a lot. To be able to train with him is amazing. At the beginning we were both slightly uneasy ‘how’s it going to work?’ but actually it’s just running. We are running at this pace, for this distance ‘can you do it or can you not do it?’. If you don’t try you’ll never know.”

» This article was first published in our training special, included with the January 30 edition of AW magazine, which is available digitally here or to order in print here

» Our training special featured an exclusive Pulseroll offer. Click here to find out more and access a discount code to get 10% off your next purchase