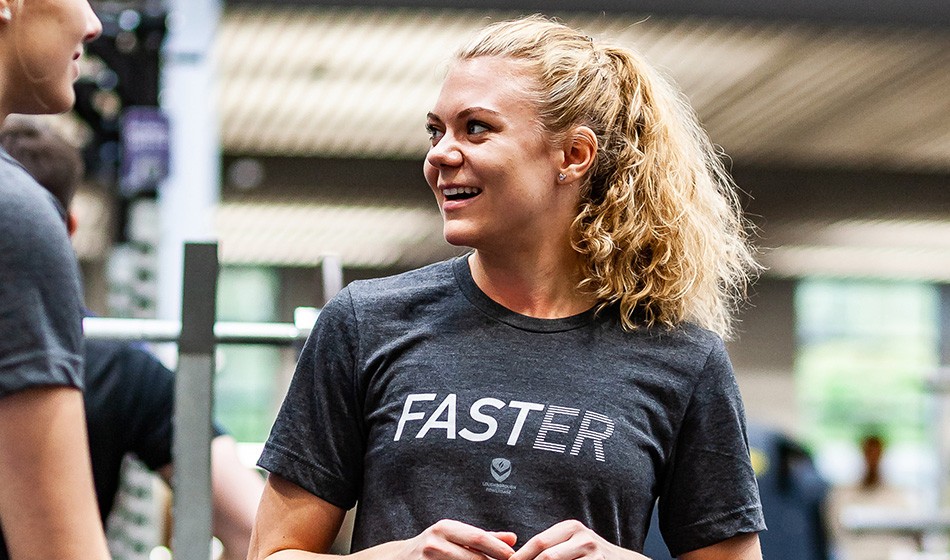 Of all the lessons Beth Dobbin has learned in 2018, the biggest has been to run without limits.

The Scottish sprint star says she has exceeded expectations, especially her own, with all she has achieved this year. But now, with a boost of self-belief and national governing body-backing, she’s determined to apply that ‘no limits’ mindset as she strives for further success.

The 24-year-old stormed into the sprinting spotlight at the beginning of June when she broke Sandra Whittaker’s 34-year-old Scottish 200m record with 22.84 at a UK Women’s League premier division match in Eton.

The Edinburgh AC athlete went on to improve that mark a further three times over the summer, all the way down to 22.59 into a headwind to win the British 200m title in Birmingham and move to eighth on the UK all-time list.

From never having represented her nation before, Dobbin gained not one but two British vests – claiming bronze on her debut at the Athletics World Cup in London and finishing seventh in the European final in Berlin.

All the while she was juggling four jobs to help keep her athletics dreams alive.

“It’s just been amazing. I’ve had the best moments of my life,” says Dobbin as she reflects on the past few months. “Still now I watch the video of the British Championships and feel emotional and I don’t think that will ever go.

“Whatever happened, I just remember closing the gap a bit and thinking, ‘crikey, don’t give up, because you’re closing the gap!’ A couple of strides later I was at the front. It just felt that it was kind of almost meant to be, on that day. I’m just so proud that I did that and came out of almost nowhere to then be British champion.

“Throughout the season, although I was happy I was trying to push it to the side to not get carried away with myself because obviously I had the World Cup and Europeans to go,” she adds. “Then after the Europeans I remember just feeling so proud of myself and so emotional. I kept thinking ‘wow, I was sixth in Britain in 2017 and now in 2018 I’m seventh in Europe’. What a step. I’m just really proud of myself for not giving up and sticking at it.”

It has been quite a journey for the Loughborough-based sprinter. As a teenager, Dobbin had a severe epileptic seizure which affected her memory and ability to walk and talk and led to anxiety and post-traumatic stress disorder.

Yet she managed to return to athletics and proved her potential with an English Schools silver in 2012, the same year she started working with 2010 Commonwealth 200m champion Leon Baptiste.

“I would really like to be at the European Indoors in Glasgow for the 4x400m. I understand that’s a challenge, but I’m just going to give it a go,” Dobbin explains.

“We’re also speaking about the World Champs and the best plan to get there. It is a tricky one with it being later in the season but I’ve got faith in Leon and he has written a good plan for that.

“He won a Commonwealth gold in October so he very much knows how to peak at that time of year. We’re just taking it day by day and being sensible with it to ensure I’m on the start line.” 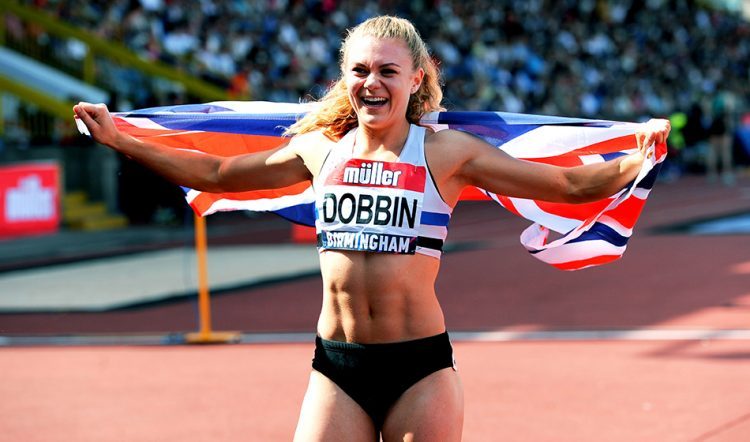 Recently announced as part of British Athletics’ World Class Programme for the first time, Dobbin believes that the funding and support from the national governing body will make a huge difference.

“I see funding as so prestigious and something to aim for and now it has happened to me,” she says.

“You feel like people believe in you and recognise what you’ve achieved. Especially when I’ve come on the way I have – I’ve doubted myself for so many years because I’ve never quite been there.

“I just want to do everyone proud. So far I’ve just been doing this for myself and my own enjoyment but now I’ve got other people rooting for me and wanting to see me do well so it’s great motivation.

“I just would like to hopefully encourage other people that have had similar journeys to myself, that it is possible.”

Her plan now is to go part-time with her two receptionist jobs and continue with schools visits, which have recently increased in number. “Probably no one had heard of me this time last year!” she laughs.

After enjoying some time with family and friends, she returned to training a few weeks ago and has refocused for the winter.

Those hard sessions will be fuelled by that lesson she’s learned this summer.

“Now, when I’m thinking about times that I’d like to run in the future, I’m not going to put a limit on myself because I’ve done that in the past and I’ve exceeded it.

“If I can run 22.5, I feel like I can almost do anything. I’ve definitely exceeded the expectations of everyone, including myself. That’s the biggest lesson.”