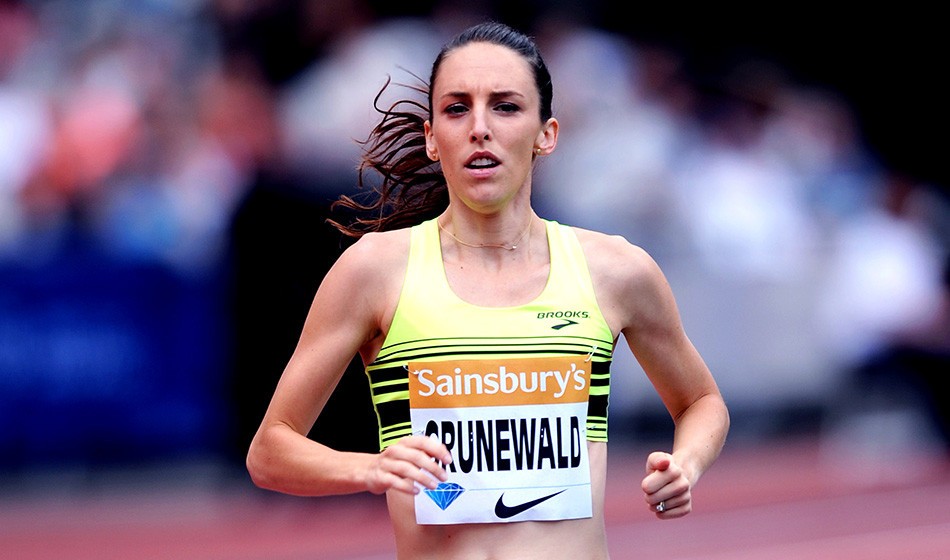 Thousands of tributes have been paid to Gabriele Grunewald after the US champion runner, who inspired so many with her brave fight against cancer, died at the age of just 32.

Grunewald’s strength both on and off the track saw her win a US title and race at two global championships, as well as empowering people through the Brave Like Gabe Foundation – all following her initial cancer diagnosis in 2009 and further three rounds of cancer and treatment.

“Brave Like Gabe” began as a hashtag to support Grunewald as she sought treatment for her third battle with an incurable rare salivary gland cancer in 2017 but it became so much more as she chronicled her journey.

“From the very first day I was told I had cancer in 2009, I knew running would be a big part of my journey back to health,” she wrote on the foundation’s website. “It has truly been my refuge; when everything else seems to be going wrong and the outcomes are far beyond my control, I can find perspective and hope on the run.

“Being brave, for me, means not giving up on the things that make me feel alive.”

On Tuesday, Grunewald’s husband Justin, a fellow runner and doctor, wrote on Instagram that his wife died “peacefully with no suffering”.

“At 7:52 I said “I can’t wait until I get to see you again” to my hero, my best friend, my inspiration, my wife,” he wrote. “I always felt like the Robin to your Batman and I know I will never be able to fill this gaping hole in my heart or fill the shoes you have left behind. Your family loves you dearly, as do your friends.”

On June 9, he had posted an update that Grunewald had been moved to comfort care, which prompted thousands of messages of support from around the world.

“Gabriele heard your messages and was so deeply moved,” Justin wrote. “She wants you to stay brave and keep all the hope in the world. Thanks for helping keep her brave in her time of need.”

At 7:52 I said “I can’t wait until I get to see you again” to my hero, my best friend, my inspiration, my wife. @gigrunewald I always felt like the Robin to your Batman and I know I will never be able to fill this gaping hole in my heart or fill the shoes you have left behind. Your family loves you dearly as do your friends. When @chipgaines made the final push in his #chipinchallenge I could feel your happiness building and could also see that this made you ready to head up to heaven. Chip thanks for helping her to go up so peacefully with no suffering. To everyone else from all ends of the earth, Gabriele heard your messages and was so deeply moved. She wants you to stay brave and keep all the hope in the world. Thanks for helping keep her brave in her time of need 😪🙏🏻 #keeprunningonhope #bravelikegabe 📸 @pixelcrave 📷 @kohjiro_kinno

Among those to pay tribute was world marathon record-holder Paula Radcliffe, who wrote on Twitter: “The bravery, heart and smile of @gg_runs will always shine brightly and inspire so many. Thinking of you and of @JustinGrunewald and all those whose lives were enriched by your courage and love.”

USA Track & Field wrote: “@gg_runs embodied true determination, dedication and commitment in every facet of her life. She will be remembered as one of the bravest athletes we knew. Her legacy lives on as she inspired a world of people.”

“The running community lost a hero in Gabe due to a rare cancer, yet her gifts live on.”

Grunewald was initially diagnosed with adenoid cystic carcinoma after the discovery of a small tumour on her parotid gland in 2009. She ran a 1500m PB just the following day. Despite treatment, she continued to train and compete.

In a routine follow-up in 2010, doctors discovered papillary thyroid cancer and Grunewald underwent further treatment but still returned to the track. She finished fourth in the 1500m at the 2012 US Olympic trials, missing out on a place in the London Games team by one spot. A further 1500m PB followed and she won her first national title with US 3000m gold in 2014 which qualified her for the World Indoor Championships in Sopot.

In 2016 it was discovered that she needed further treatment which led to the removal of around half of her liver. After the surgery she was believed to be cancer-free but a follow-up scan in March 2017 showed small tumours. Grunewald’s last competition was the US Championships in Sacramento in June 2017.

More about her life and fight can be read in a touching account by Sports Illustrated’s Tim Layden here.

In 2017, Grunewald’s sponsor Brooks Running shared a powerful short film documenting her journey towards qualifying for the US Championships while looking for the best course of treatment to combat her rare form of cancer.