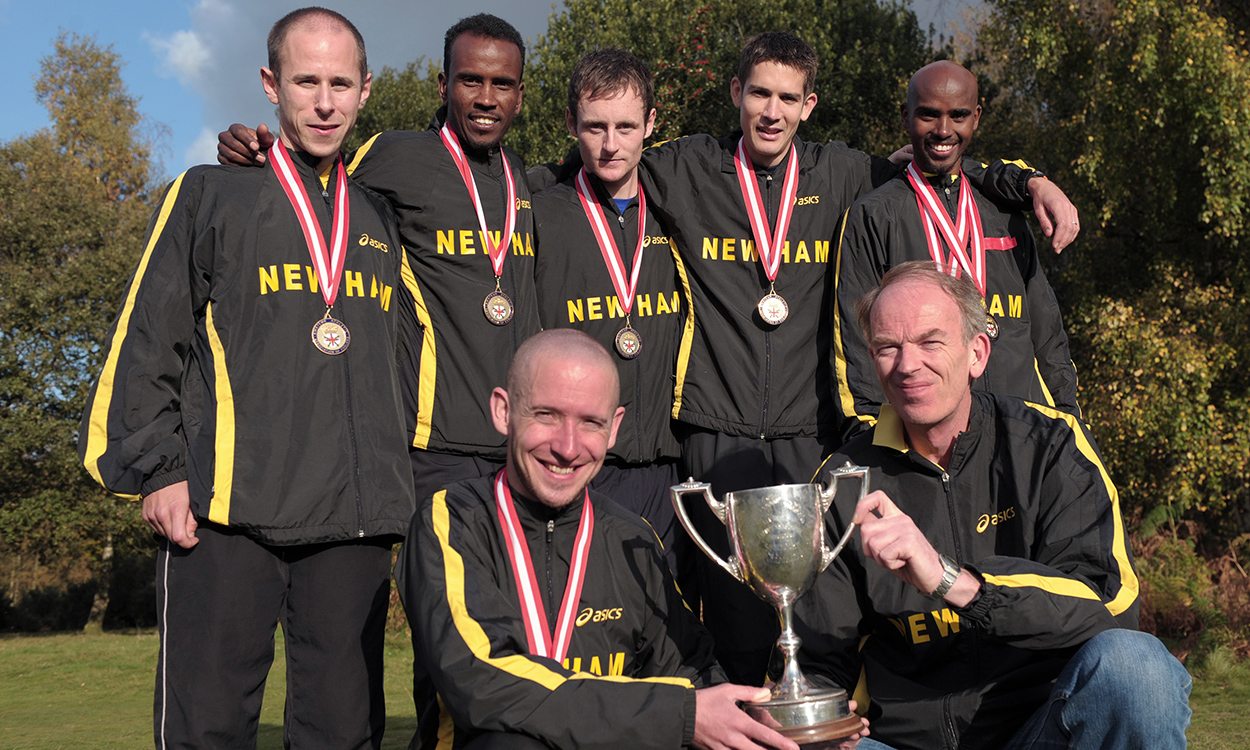 Tributes have been paid to athletics stalwart Bob Smith who has died from cancer.

As a volunteer and member of England Athletics staff, Smith – pictured above, front right – made a huge contribution to the sport.

His roles with the governing body included as a regional and area manager, while he also managed England Athletics’ work in London in the build-up and period immediately after the London 2012 Olympic and Paralympic Games.

This saw Smith’s knowledge of the London athletics scene and the many bodies who could be engaged in partnerships to develop the sport proving invaluable. A range of activities were undertaken from the provision of activities for people who had not previously been involved in the sport, support for established clubs, the creation of new clubs where there were gaps in provision and the pioneering of new approaches to facilitating the sport, such as the compact athletics facility developed in Hackney.

“The impact of his work in the sport as a volunteer and a professional will continue to be felt and remembered,” England Athletics said.

In club athletics, Smith was fundamental to the development and successes of Newham and Essex Beagles in track and field, road running and cross country. While his involvement often saw him carry the title of ‘team manager’ his support of the athletes at the club was extensive and went far beyond this.

In a statement, the club said: “Bob was an extraordinary person who touched the lives of many with his enthusiasm and unwavering commitment and loyalty and he will be deeply missed. Newham & Essex Beagles AC has been blessed by his association with us and we wish him peace after his long suffering.”

Smith’s family – Jo, James and Janet – said: “We are heartbroken at his loss but it is of great comfort see the affection and respect all had for him.

“Bob followed the family “trade” in athletics but to us he was not just Bob the athletics man but also an incredibly caring, kind and loving son, father and brother. We will miss you Bob and will try to be as strong as you were.”

Following the recent death of his former coach – Smith’s father Mike – UK 400m record-holder Iwan Thomas was also among those to pay tribute and wrote: “Very sad to announce just months after the passing of my coach Mike Smith that his son Bob lost his battle against cancer last night #RIP.”

Very sad to announce just months after the passing of my coach Mike Smith that his son Bob lost his battle against cancer last night #RIP pic.twitter.com/KiwvhwtjzB

With thanks to England Athletics for information. Further tributes can be found here.

A tribute service will be held at 2pm on Saturday September 2 at Brunel University London. Further information can be found here.