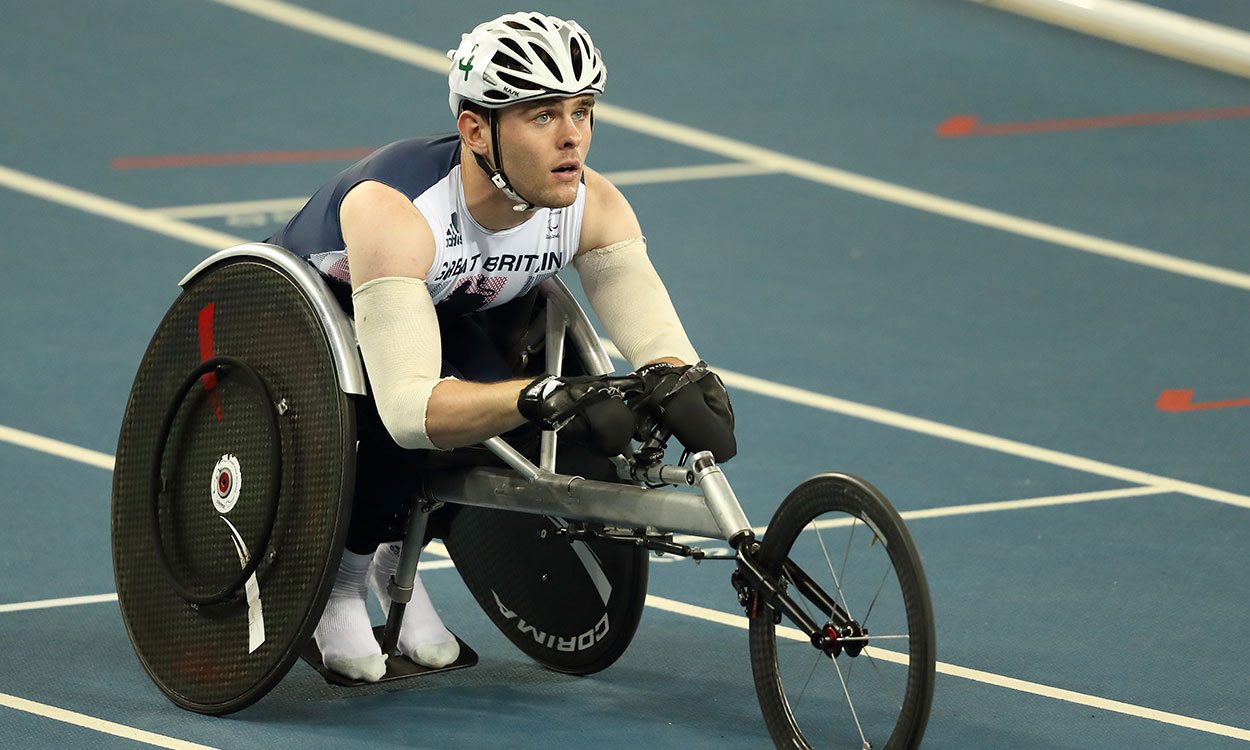 After winning Paralympic silver in front of his family in Rio, Toby Gold tells Jessica Whittington how he can’t wait to compete again on the global stage – this time on home soil

When it comes to convenience of location for family support, the host cities of the two biggest events of 2016 and 2017 have worked out rather well for Toby Gold.

Having a Brazilian father, the 22-year-old had family in the crowds when he made his Paralympic debut in Rio last summer. With the next global event taking place on home soil in July, the wheelchair racer is highly motivated for more success as he works his way toward the World Para Athletics Championships in London.

Gold, who claimed T33 100m silver in Rio three months after he won the European title in Italy, was born in London and studied sports science at St Mary’s University in Twickenham, where he still spends time training.

Having switched coaches after his European success and before Rio, the Kingston & Poly athlete also joins his Jennifer Banks-coached training group – which includes athletes such as five-time Paralympic gold medallist Hannah Cockroft – in Loughborough and is reaping the rewards of his training regime.

“It’s been going really well,” Gold says of his winter, which included a warm-weather training camp in Australia. “I’ve been making loads of small improvements.

“After the Europeans I changed my coach so we have been focusing on the shorter events mainly because my classification only allows me to compete in the 100m at the world championships,” adds Gold, who is the European record-holder in the T33 100m, 200m, 400m and 800m and was previously part of the Weir Archer Academy.

“I just felt like I needed something to push me to that next level,” he adds of his coaching switch. “Jenny Archer and Dave (Weir) have been instrumental in terms of getting me to the level that I was at for the Europeans and I just felt like it was the best thing for me to do.

“The set-up at the moment is really good. I’m getting everything that I need and I’ve got a really close training group.”

Gold, who has cerebral palsy which affects his movement and coordination, describes Cockroft as an “integral” part of his training when in Loughborough.

“She’s the main person I train with over 100m because we’re very similar on time,” he says. “We push each other and it’s really beneficial for both of us.”

Gold started out playing wheelchair basketball but switched to athletics when he was 16. He quickly made his mark and won three medals at the 2014 IWAS World Junior Games at Stoke Mandeville when wearing the GB vest for the first time.

He made his senior international debut the following year, claiming 100m bronze at the World Championships in Doha, before living up to his name with his golden European performance last June and then securing silver in Rio.

“There’s always a part of me that’s thinking ‘you can give more’ but at the same time it’s important to remember what you’ve previously achieved,” Gold says, reflecting on 2016.

“I knew that I had a chance of producing but thinking about it and then doing it is a completely different kettle of fish. Particularly with the Europeans, I’d never been under that amount of pressure in terms of going in as the European record-holder for the 100m.

“I feel incredibly proud of what I have achieved and I’ve really tried not to take it for granted. I feel like it’s important to keep myself grounded to be able to again move on and achieve more.”

On going for gold again in London, he adds: “Obviously it’s an aim but for me it’s important to focus on the process of everything that I do on a daily basis.

“Certainly, the Europeans was a lovely set-up in terms of using puns with my name! Every athlete dreams about replicating it at the World Championships and at the Paralympics but if I can do the best race that I can then I’ve got to be happy with that.”

While Gold is excited by the prospect of having more family in the crowds to cheer him on in the London Stadium this summer, he also can’t wait to see younger fans getting involved and hopefully being inspired by the performances at the World Para Athletics Championships.

“I had family out there watching me compete in Rio, some of which I’d never met, and to come home and have the next year being the London World Championships is incredible, knowing that I’m going to have all my family there supporting me,” he says.

“Being part of the process of getting more kids into the stadium, that is also going to have massive implications for how they perceive disability, which is obviously really important because when I was growing up none of this was available,” adds Gold, who was speaking with AW at an event to launch a ticket offer for Newham residents where he was joined by local schoolchildren.

“I only found wheelchair sport when I was 16, which is quite late, so to be able to be part of these kids’ journeys from a younger age, whether they are going to be competing for fun or the next elite athlete, it’s all amazing to be a part of.

“One of the big things that London 2017 will be able to do is again build on what London 2012 did and the Rio Paralympics did in terms of support to inspire the next generation.”