Thomas Staines is making a name for himself 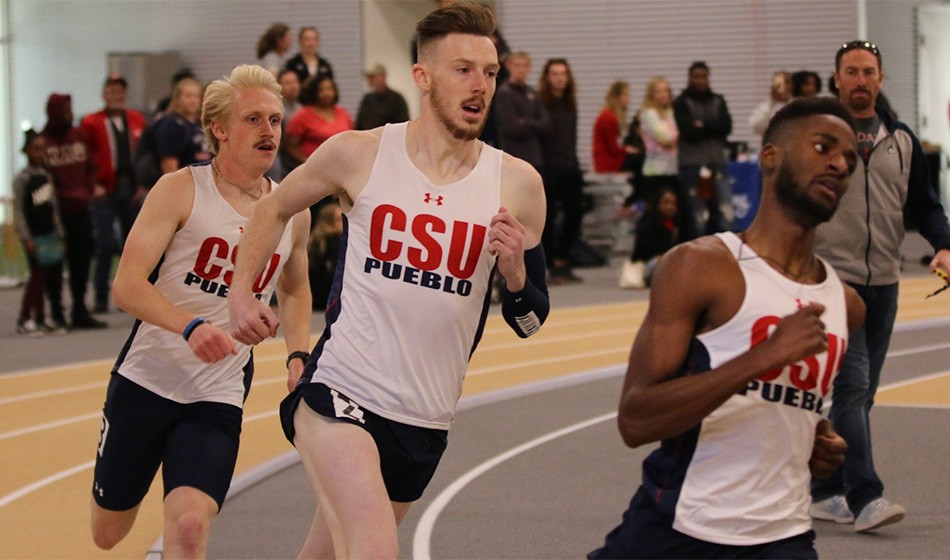 The fastest British 800m man this year has Olympian parents, but it’s the US-based athlete’s own performances which are putting him in the spotlight

Colorado State University-Pueblo sits in the shadow of the Rocky Mountains in the American West. In one of the dorms, a 21-year-old student has placed a large England flag on one of his bedroom walls and Tottenham Hotspur posters on the other. Football was his first love, but he is now showing an incredible talent for middle-distance running and is currently the fastest British 800m runner of 2019.

The athlete’s name is Thomas Staines and he clocked 1:46.27 indoors in Michigan in February. It is faster than Jamie Webb, Guy Learmonth, Joseph Reid and Elliot Giles have run this year and it is not a one-off, either.

Also in February, Staines ran a UK indoor 600m record of 75.31 at altitude in Albuquerque – breaking Kyle Langford’s national mark of 76.10 – and last month he wrapped up his indoor season by winning the NCAA indoor division two 800m title by a clear second in Pittsburg, Kansas.

Given this, surely he should have been running at the European Indoor Championships in Glasgow?

“It would have been cool to go,” he says, “but sadly I had school, which always gets in the way of what you want to do.”

Staines studies automotive industry management and works at a Land Rover and Jaguar dealership. Of more interest to readers of AW, though, is that he is the son of Gary and Linda Staines – two of Britain’s finest athletes during the 1980s and 1990s.

Linda, meanwhile, ran 50.98 for 400m racing under her maiden name of Keough – a time that still places her No.14 on the UK all-time rankings – and she won a number of national titles plus Commonwealth silver behind Fatima Yusuf of Nigeria in 1990, whereas as a relay runner she was part of a British record-breaking team and won two Commonwealth titles.

Linda and Gary both represented Britain in the 1988 Olympics in Seoul, too, so for the young Staines to have inherited ability at a distance which is in the middle of his parents’ specialist events “makes perfect sense,” he says. 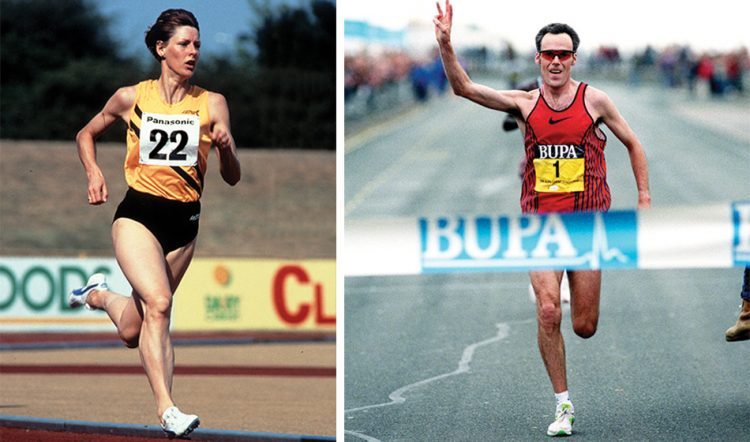 Born in Epsom, Surrey, on February 22, 1998, Staines moved to the United States when he was four years old. In 2005 the family started to run the Runners Roost store in Colorado Springs and have stayed in the area ever since.

As a youngster, Staines was mainly attracted to football and his natural speed and stamina on the flanks led to him being picked for an Olympic development programme.

“It’s broken down into states,” he explains, “and the best are picked from every state. One year I was chosen for the Colorado team and I thought ‘this might happen’ but I gradually lost interest as football has a lot of egos.”

He continues to be an avid fan, though. “Growing up, my entire family have been Tottenham supporters so I was always brought into that environment,” he says. “They show a decent amount of games over here and, growing up, my dad would pay for the streaming service or extra channels that would have it.”

Staines adds: “My dad’s dad was Tottenham. My mum’s dad, or grandad, is a Tottenham supporter as well. So it goes back through the family.”

Not surprisingly, when England were playing in the 2018 World Cup, Staines was glued to the action. “Problem is, the games were always when I was working, so I’d watch them during work. I was at work, for example, when we beat Colombia on penalties and no one there understood how big of a deal that was!”

Being the son of such talented athletes, though, meant that he could not out-run his fate forever and perhaps inevitably he began to show the kind of ability that could one day propel him to an Olympic Games as well.

Staines reckons his fledgling running career began only three-and-a-half years ago. “It started because my coach at high school asked me if I wanted to go with the cross-country team to Arizona,” he remembers. “I’d just got done with my worst football season and a lot of my friends were on the cross-country team. I thought the trip sounded great but I didn’t think he meant ‘go run a 5km in Arizona’. I thought he meant that we were just going to Arizona for a trip!

“So a week passed and he found me in the food courtyard and asked me ‘why haven’t you been coming to practise?’ I asked, ‘why would I come to practise?’ He said, ‘because we’re running a 5km in Arizona’. I thought ‘crap, I’ve roped myself into this and now I have to do it’.

“So I ran for a week before we went and they were just two-mile runs. This meant the race was further than I’d ever run in my life. But I ended up having a lot of fun doing it and I enjoyed the team/cross-country atmosphere more than I did with the football, so I stuck with it.”

“I had my wisdom teeth taken out over the Christmas period last year so I couldn’t run for two weeks and I was scared that I had an 800m in February and was worried I wouldn’t be fit. So I buckled down and worked really hard and in my first 800m I ran 1:47 after going through in 56 (indoors). So all of a sudden I ran a top 20 time in the world.

“It just happened like that and literally the following weekend tonnes of people were contacting my coach about it. I went from being unable to make a final to being favourite to win nationals the following month. It was kind of difficult to take in and wrap my head around. But since then I’ve got used to it. It’s become ‘my thing’ now.”

Staines has also not started training to his maximum, either. “At the start I was running about 15 miles per week, whereas now I’m doing about 50.”

Coached by Matt Morris at Colorado State University-Pueblo, he says: “We’ve gone up gradually in a safe way, adding slightly more miles each year so I won’t get hurt. But I’m not a high mileage person so I guess there is still more room for improvement.”

As for his British links, he possesses a British passport, but how often does he come back to the land of his birth? “Normally I go every other year,” he says. “It’s never for running, although that might change now. All our family and friends are still over there.”

On his 2019 plans, he says: “I hope to come back this summer to make the team for the World Champs. That’s the main goal of mine, but I won’t stay over there. If I make it to Qatar then I’ll have to come back (to the US). It’ll be cool to be over there and I’m looking forward to it.”

Staines reckons his improved PBs mean he’s likely to get invitations to some better races, too. Running at Stanford in the early season period is an option, for example, and he has an eye already on UKA’s 800m qualifying standard of 1:45.80.

When he is told that he’s probably the best British athlete that nobody has heard of, though, he laughs. “Yep, I’ve heard I’m just ‘a name’ who runs some fast times and they don’t think I really exist over there!”

You have a feeling that could change this summer.