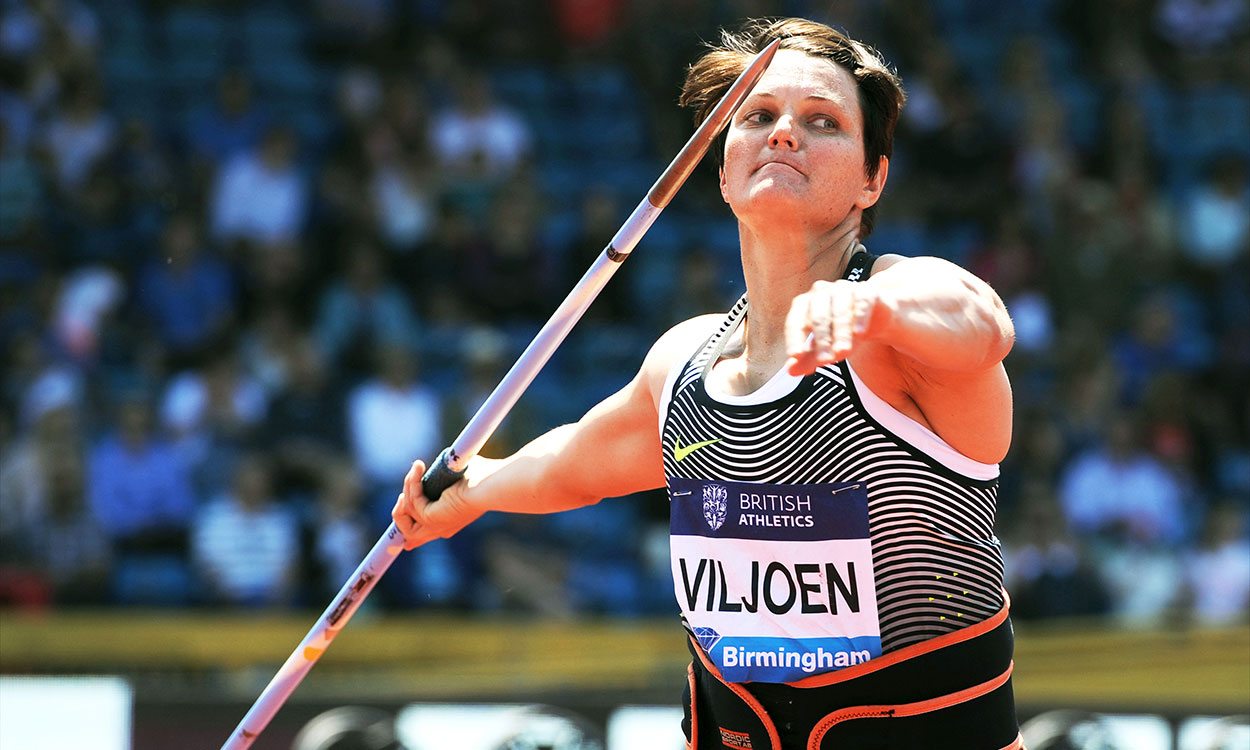 It’s not widely known that, when Sunette Viljoen took the javelin silver medal in the Rio Olympics, she became the first international cricketer for 96 years to win an Olympic medal.

She played 17 one-day games for South Africa and one Test, in which she scored 71, before retiring from international cricket aged 19.

The highlight of her career was playing every game for South Africa in the 2000 World Cup in New Zealand. Aged just 17, she was player of the match when scoring 54 not out to help her side beat England (taking the team from 40-4 to a winning 144-5).

She was second-top scorer with 28 off 33 balls in the semi-final but it wasn’t enough to prevent a South African defeat to Australia.

“It was a very special time in my life and I was very young when I was first chosen for South Africa,” she says of those days. “I enjoyed it a lot, especially playing in the cricket World Cup when South Africa reached the semi-finals.

“Cricket is a big passion of mine and I really enjoyed playing but I have no regrets because athletics gave me added opportunities and the chance to go around the world and see so many places and cultures. I am so blessed and fortunate to have seen the world through my athletics.”

Each sport has also given her a very different perspective.

“I enjoyed team sport but I also enjoy the individual aspect of the javelin,” says the 33-year-old, who was born in Johannesburg. “In a team sport you can hide behind your team-mates when you lose and when you win. But in your athletics career you are alone on the field and you win alone or lose alone.”

The silver medal in Rio was, as Viljoen puts it, “bittersweet”. She opened with 64.92m, which was the leading throw until the fourth round. It also proved to be her best throw.

Then Sara Kolak, a 21-year-old from Croatia whose only senior medal was a 2016 European bronze, threw 66.18m for a PB, a national record and the gold medal.

A few months on, though, and it feels more sweet than bitter.

“I have made peace with the Olympic silver medal that I won in Rio,” says Viljoen. “It was a very close competition. I was so close to the Olympic gold.

“On the night I was a bit disappointed not to have won the gold, but in a competition where anything could have happened and I could have lost the medal in a split second – I also had that heartache in London – it means so much to me now to be an Olympic silver medallist.

“To beat all my greatest rivals from over the years was very special and to be on the podium with my medal was very special. It made me very proud because I think I have been a very consistent performer these last few years and I really thrive on that.

“For most people, I probably wasn’t a medal prospect going into Rio but I know that I can always deliver in the big moments. I have the temperament to really do well under pressure.”

Her Rio performance also went some way to help get over that aforementioned painful Olympic experience of 2012. In London she was in second place until the fourth round before being squeezed out of the medals. It was a hard blow to take.

“London for me was very disappointing because I went into the London Games as world number one and was in very good form, so not to win a medal was very hard,” she admits.

“For most people, I probably wasn’t a medal prospect going into Rio but I know that I can always deliver in the big moments. I have the temperament to really do well under pressure”

Viljoen has won two world bronze medals, both of them in memorable competitions. In Daegu 2011 she threw 68.38m (which would have won both the 2012 and 2016 Olympics by some distance) for bronze as Mariya Abakumova and Barbora Spotáková each threw beyond the 71-metre mark.

“Daegu 2011 was one of the best competitions I was ever part of,” she recalls. “I had to throw 68 metres to get the bronze! That was a great competition because Abakumova and Spotáková both threw over 71 metres that night. And Abakumova literally won with her last throw – that huge 71.99m. Winning that bronze in Daegu was very memorable for me because, just a week or two previously, I had won the world university games in Shenzhen. That was a good trip for me in Asia.”

Viljoen’s second world bronze came in 2015 in Beijing – and a competition she had led with two throws to go.

“I was disappointed because I was leading and lost it again in the last round to Katharina Molitor and Lü Huihui,” she says. “But, luckily I did not move out of the medals. Again I was close to winning but, as my agent always tells me, two bronze medals in the world championships is a great achievement.”

One of the secrets of her success is a rigorous and varied training regime. She and her coach work in six-week cycles. “The first six weeks is conditioning, which is very hard work,” adds Viljoen. “For conditioning you have to build your base so we do a lot of fitness – very big volumes of work in the gym. Everything is big, everything is more, so you run – 30 seconds run, 30 seconds train. You do circuits like that.

“Everything is based on fitness and building your base and then you move on to the power cycle and then the technique cycle.

“A typical week will start on a Monday in the gym. You will work your way through to hurdles, you will do rhythm work, technique, general throws, shot and medicine ball and sprints. So there is a lot of competence that needs to be trained.

“My week is very full. I train six hours six days with only Sunday off.”

“For javelin you need a lot of things – you have to be strong, you have to be fast, to be flexible, to be explosive – have rhythm, technique and co-ordination”

In-keeping with her varied sporting background, Viljoen also uses boxing as part of her programme.

“Boxing makes me very fit and helps with my upper body strength,” she says. “The speed that I hit the gloves with plays a big role in me delivering the javelin.

Training is so demanding that it has to be kept interesting.

“I can’t do the same this week, next week, next week, over and over again,” says Viljoen, who admits she is aiming for consistency, the ability to concentrate for a longer period and to deliver six good throws in each competition. “I am a person who likes to spice up my training programme and to challenge myself in all aspects of my training – to do different kinds of exercises – because otherwise you’re going to get bored.”

In the same way few can lay claim to matching her wide range of sporting achievements, it’s probably safe to say that not many Olympic javelin throwers have caught a shark. Sunette Viljoen has. I had to get the story.

“I really enjoy outdoor activities, including fishing,” she says. “Once I went to do deep sea fishing and I really enjoyed it. On the open sea I had a big bite and the rod was bending, bending, bending so far down. And the next moment I caught this big shark. I landed it on the boat but we let it go. It was a big one.”