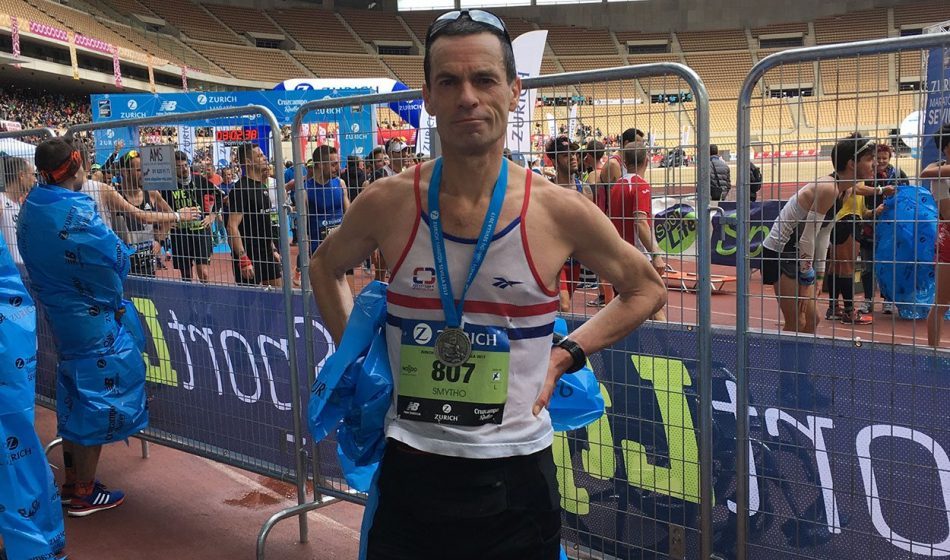 AW‘s results editor has written his name in the record books after his 2:56:21 at the Seville Marathon

Athletics Weekly‘s Steve Smythe has become the first marathoner to achieve a span of over 40 years between sub-3:00 marathons.

The previous record was conveniently 39 years and 365 days, held by American Antonio Arreola and set in December 2016. You can view the record list here.

Smythe has been present for a number of world records over 40 year of watching athletics, including runs from Dave Bedford, Brendan Foster, Steve Ovett, Zola Budd, Michael Johnson and Usain Bolt, but he says he didn’t expect to ever do anything of note himself.

“Luckily I found a record for someone old and slow, who has just kept going a long time,” he said. “I saw the record had been improved in December and thought the opportunity was there to finally do something I can be satisfied with when I stop running.”

Smythe is one of 37 runners worldwide to have achieved sub-3:00 (or sub-2:47 in his case) in five different decades along with four other Britons – Chris Finill, Kevin Hesketh, Nick Sirs and Don Ritchie. Smythe’s marathon PB is 2:29:42, set in London in 1981.

The best known name on that list is 1984 Olympic marathon champion Joan Benoit-Samuelson, while the top man is Olympic fourth-placer and 2:10:58 marathoner Vladimir Kotov of Russia.

“I was lucky as for the first time in five years, I didn’t get injured in the build up,” Smythe said of his record run in Seville. “I ran 80 miles a week for over three months which isn’t a lot compared to what I used to do but is a lot after almost 50 years of running and over 40 years of doing at least one marathon every year.

“The race went well, the course was great and conditions were excellent. Unfortunately, the person who I ran with to halfway, and did most of the training with, was injured and had to drop out so I can’t really celebrate.

“Apart from breaking three hours, my other target was to break my club’s M55 record. It is held by the only other Stephen James Smythe in London, who is a few years older than me and who hardly ever races but is also a Dulwich runner. I sprinted at the line and equalled his time to the second!”