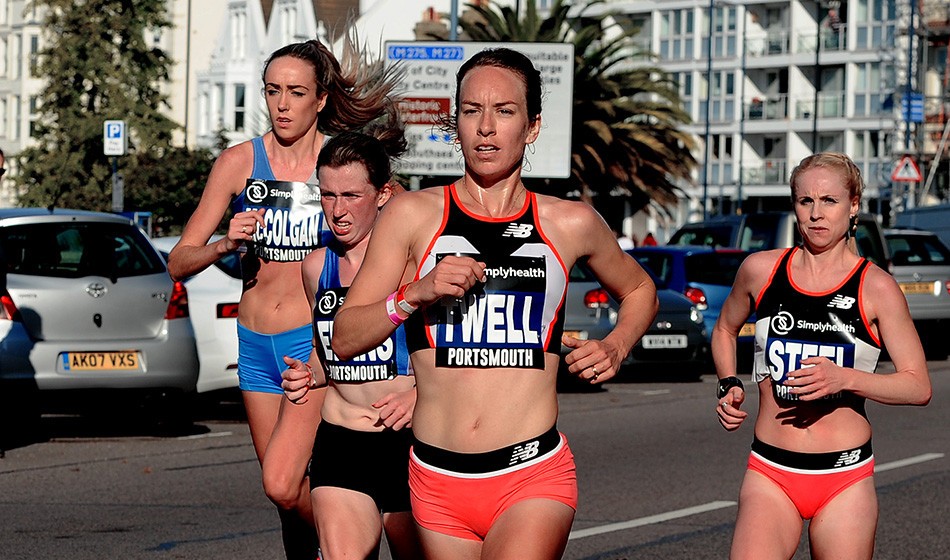 Steph Twell is set to step up and make her marathon debut in Valencia on December 2.

The 29-year-old has claimed European and Commonwealth medals on the track as well as numerous Euro Cross titles and now seeks further success on the roads.

The Geoff Wightman-coached athlete has the 26.2-mile event at the Tokyo 2020 Olympic Games as a possible target and says now is a great time to “dip my feet in the water”.

“At this stage of my career it just feels right to finally step up and challenge myself over the marathon distance,” says Twell, who is currently training in America.

“I’ve always had ambitions to see how I fare over 26.2 miles. Since becoming five times British 5000m champion on the track, I feel now would be a great time to dip my feet in the water to see if I can also have similar success on the roads.”

📣Time to make steps towards my new goals🏁 I'm excited to announce that I'll be debuting at my first marathon in Valencia this December 2nd! Since turning 5 x's British 5km Champ, it feels right to steer my training in a new direction and prepare myself with a wider skill set over the road and longer distances. I've alway wanted to see how I fare over 26.2 and to one day call myself a marthoner so… there's no time like the present 💁 It doesn't mean I'll step off the track for good but for now I'm enjoying the training and the road ahead💗 For another preview, click on the link in my bio ♞☝ #26.2 #roadrunner #endurance #marathon #marathontraining #newbalance #trailrunning #goals #longrun

After finishing seventh at the inaugural Commonwealth Half Marathon Championships in Cardiff and then claiming the runner-up spot at the Simplyhealth Great South Run 10-miler in October, the Scottish runner had hinted that her marathon debut might not be too far away, adding that her performance in Portsmouth was part of “a bigger picture”.

Those performances came after she got married to fellow runner Joseph Morwood and delayed her honeymoon in order to race for Scotland at the Commonwealth event in Wales.

“Following only a short break after the Europeans, yet celebrating my recent wedding nuptials and honeymoon, I’m interested to see how I will cope with the distance, without really throwing everything into it for my first one,” adds Twell on her decision to race the Valencia Marathon.

“With two years to the Olympics, I’m aware it is no easy task to tackle the marathon (and qualify) but I have hopes to make my best impact at Tokyo 2020 and the marathon might be one of the ways I can reach this goal.

“So Geoff and I have chosen to race the Valencia Marathon on December 2 to gain experience of the race and for me to understand what further marathon training requires.

“Geoff and I can then decide what is my best strategy ahead of the World Champs and Tokyo 2020, while still not neglecting dropping down in distance from the training the marathon will give me.

“Currently, I am training in Flagstaff for four weeks before racing in Valencia and then the plan is to take a three-week break.”

The step up in distance will also realise a long-time ambition for Twell, inspired in part by world record-holder Paula Radcliffe.

“Ever since winning the London Mini Marathon, having Paula Radcliffe as one of my early role models as well as always being able to cope with a healthy volume of training, I have had hopes to one day turn to this event and become a marathoner myself,” she says.