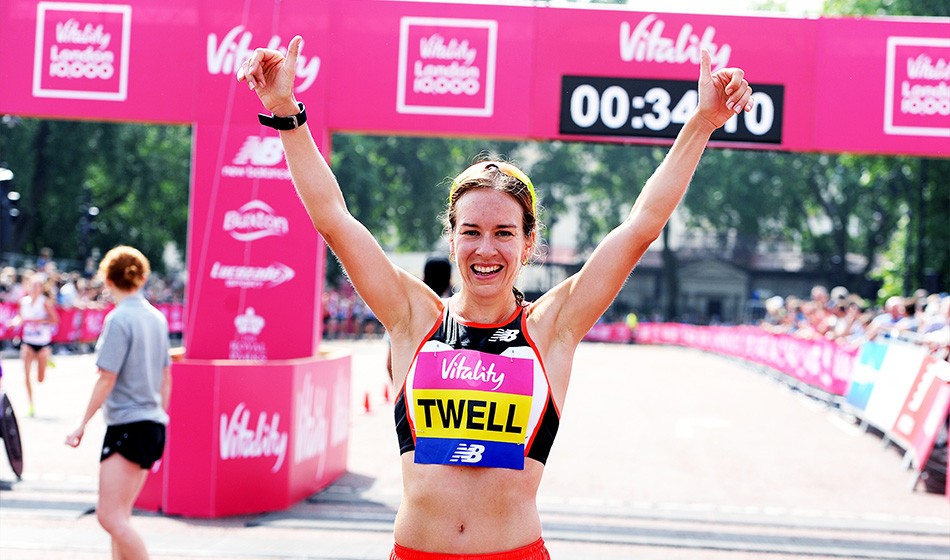 Steph Twell has been thinking about when she would make her debut over 26.2 miles ever since winning the London mini marathon as a junior athlete – but she admits some much more recent inspiration provided by two British international team-mates helped to accelerate the process.

The 29-year-old has announced that she will be competing in the Valencia marathon at the beginning of next month. Coming in the immediate aftermath of a long, hard season which involved competing at the Commonwealth Games and the European Championships, not to mention her recent wedding, there has been something a little experimental about Twell’s preparation.

However, the 2016 European 5000m bronze medallist is extremely keen to start asking some long-held questions about how she might fare over the marathon distance, particularly after watching the progress of Aly Dixon and Callum Hawkins.

Both drove themselves to reach the Olympic marathon in Rio, with Hawkins finishing ninth, and also had a huge impact on last year’s World Championships races, with Dixon memorably leading for much of the women’s event before Hawkins just missed out on a podium spot with his fourth place.

Twell reveals, in fact, it was a chance meeting last year with the 26-year-old Scotsman (pictured below) which helped set her on a new athletic course.

“I’ve been following the marathon for a long time but two people that have really stood out for me are Aly Dixon and Callum Hawkins,” says Twell.

“The 2016 Rio Olympic qualification build-up was, I think, really instrumental – these were two people pursuing their own passion. I know them both personally and they’ve given me a lot of inspiration over the years for sure.

“I remember in October last year I went to Font Romeu on my own for a few weeks and Callum appeared out of nowhere. I didn’t know he was going to be there but he was training there by himself as well.

“I noticed that, even back then, my mileage wasn’t too bad and that maybe this wouldn’t be too difficult a crossover to make. I’m not someone who’s always had low mileage. I know I’ve got the capacity to cope with the mileage.” 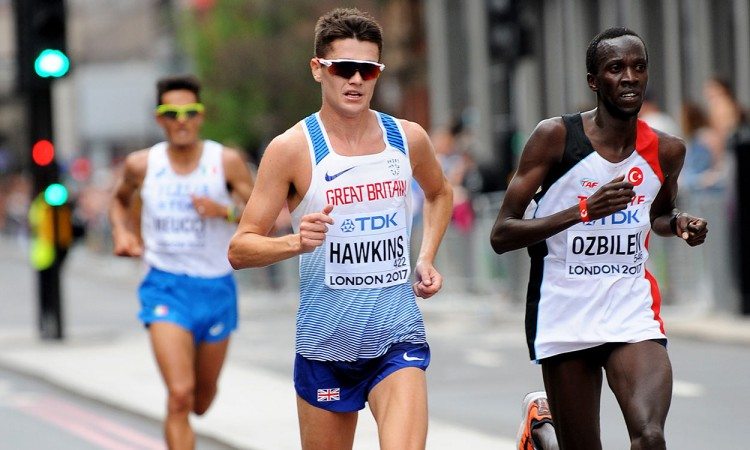 Following a long association with coach Mick Woods, Twell is now being guided by former international marathon runner Geoff Wightman. She believes her past training history should be nothing but beneficial when it comes to hitting her next target.

“I think I’ve always been suited to that sort of training,” she adds. “From Mick’s history of coaching me, I was able to absorb volume – I never was really specific with that volume. There was always big volume for the 1500m and 5000m, but I never did any of these pick-up runs or long tempos.

“So now it’s interesting for me to see what happens when I’m being a bit more specific with mileage and marathon training – what does that mean for my physiology and my chances of putting a stamp on the event? I’m really excited.”

Twell is, clearly, enjoying the process – an 18-mile run on her honeymoon perhaps bearing testament to her levels of motivation.

This is someone with a history of pushing herself in different ways, of course. The Aldershot, Farnham and District athlete is a world junior champion and Commonwealth bronze medallist at 1500m, a world indoor 3000m finalist, a five-time British 5000m champion and has a sideboard groaning with international cross country honours.

She insists variety can indeed be the spice of athletic life.

“It’s a new impetus and new motivation,” she says of the marathon. “All these little things you can work out and enjoy – it’s new types of sessions, challenging my mind, getting interested in things like when to refuel during the run.

“I’ve never done these little nuances before in my training. I think there’s definitely an impetus and a motivation that is about discovering a new event. There are so many different strategies towards running one marathon – everyone does it in so many different ways and that’s fascinating.”

“It’s a new impetus and new motivation. All these little things you can work out and enjoy”

She adds: “I believe the success and longevity of my career has been from my range.

“I believe I’ve got through seasons because I’ve had range from 800m through to 5000m, as well as including cross country and road races.

“I think it’s so hard to be performing at a world-class level for a long time and I can see at the Diamond League – circuit after circuit. I think diversifying my career has allowed me to be in the sport for as long as I have.”

Given that lengthy career, what expectations has Twell placed on herself when it comes to Valencia?

“I want to have a safe ride and a positive experience,” she says. “I want to run positively and I’m someone who loves championships and big events – they do bring the best out in me.

“I do have expectations of myself but the question is whether or they’re too high. I think 2:30 is a safe stab if I’m honest.

“I’ve been running some 74-minute half-marathons on a towpath recently and, with my mileage, I’m getting an indicator of what might feel comfortable but you just don’t know neuromuscularly what will happen in the second part of the race, so I don’t know!”