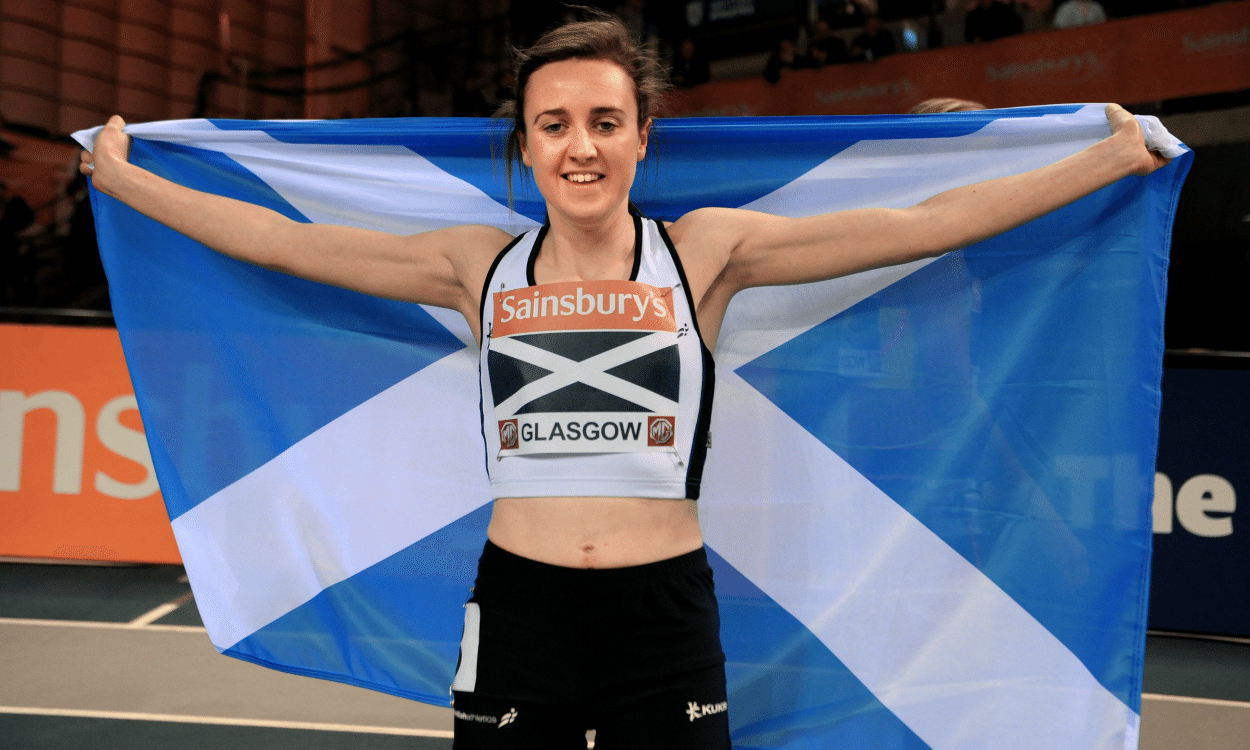 Although his charge sits top of the world 800m rankings, Andy Young says any expectation should come further down the line

Sitting top of the world 800m rankings thanks to her 2:00.94 in front of a home crowd in Glasgow last month, Laura Muir is undoubtedly among Britain’s top contenders for gold at next month’s IAAF World Indoor Championships in Poland.

The 20-year-old broke the Scottish record with her world-leading time clocked at the Sainsbury’s Glasgow International Match and her record-breaking ways continued in Birmingham on Saturday, as she won the 1500m in 4:05.32 – another Scottish indoor record and a time that puts her second behind only Kelly Holmes on the UK all-time list.

But with success comes a certain level of expectation, though Muir’s coach, Andy Young, urges fans to consider this all part of her long-term development.

“I’m still of the opinion that this is a long-term plan,” he said. “Expectation should be much further down the line, it’s a plan towards success maybe from 2017 onwards.

“I think we should step back and treasure these performances when they happen but we shouldn’t really be putting expectation on her too much at this stage, although that’s difficult when you’re sitting top of the world rankings! This is all a learning curve and about taking it forward.”

On her performances, he added: “I think we should enjoy them, rather than expect them.”

As Young notes, not expecting is tough when a season has started as strongly as Muir’s, though it is worth remembering that the Scot experienced only her first year out of the junior age group in 2013, winning the UK indoor 1500m title which secured her selection for the European Indoor Championships in Gothenburg. As the year progressed, she went on to bag 1500m bronze at the European Under-23 Championships in Tampere before running a personal best on her way to making the 800m semi-finals at the IAAF World Championships in Moscow in August.

And Muir insists this is all still a huge learning curve.

“I’ve improved so much at a quick rate it’s hard to see where I’m going with things,” she said. “This is still one of my first GB appearances at senior level, Moscow was quite a surprise.

“I think just now I just want to go out there and enjoy the experience and just learn from it rather than being a huge expectation.”

Despite being the world leader, Muir believes the 800m in Sopot remains wide open.

“I’ll take it round by round,” she said. “At the moment I’m focussing on wanting to get through the heat. I’ll think about the final when it comes. I have got the word lead but within a second (in the world rankings) there is multiple people so it is anybody’s shot.”

Understandably for the Scot, the Commonwealth Games in Glasgow this summer is a huge focus, and returning to the theme of the long-term plan, she says her World Indoors experience will help her prepare.

“I think this will be good practice for the Games in the summer. It was one of the reasons that we wanted to do the Worlds – it gives me a bit more racing experience and a bit more of a high pressure situation as well. I’ve not really been at the forefront of a lot of attention before.”