Stef Reid is ready for anything 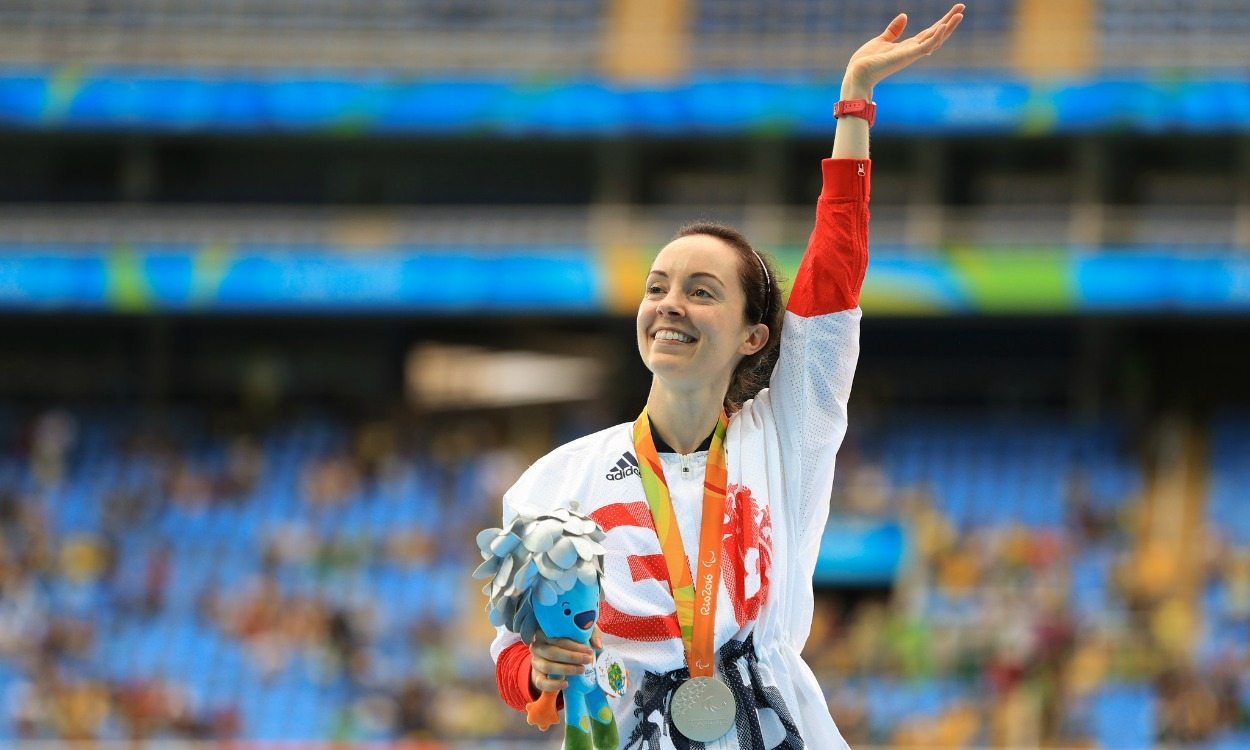 Euan Crumley spoke with a woman adept at rising to and embracing a challenge, whether that be in the heat of sporting competition or in front of a camera

When it comes to the question of what happens next after athletics for Stef Reid, the answer is likely to be multiple choice.

The 32-year-old long jumper is not only a two-time Paralympic silver medallist in her current discipline (she also won bronze as a 200m sprinter back in 2008), but in recent years she has also found opportunity knocking in the shape of broadcasting work and modelling assignments.

For someone who studied to be a biochemist, Reid admits she could barely be further from where she started. That has been largely down to an open mind and an undoubted ability to seize any of those opportunities which have come her way.

“When I grew up it was very much with the idea of ‘you want to be doctor, you want to be a lawyer…’ – it’s very restrictive and I ended up going on a completely different route and thinking ‘I’m so curious. I want to know what it’s like to be an athlete, I want to know if I can cut it’.

“Once I made that break it just kind of opened up my eyes to this whole world where there are so many different ways to be successful.”

Her broadcasting experience has been one of the many ways in which Reid has been broadening her horizons. Not only did she become a familiar face to Channel 4 viewers who saw her compete last summer but the insight she then gave when she got behind the microphone for the rest of the Paralympic coverage gained her even more admirers.

The background to how that opportunity arose perhaps illustrates the kind of determined streak which has driven Reid to such heights already. It is a stark example of how to turn a significant negative into something hugely positive.

“I ended up with a free summer in 2015 because I had a prolapsed disc and that meant no training, nothing, for six months,” she says. “In the end I thought ‘I’m going to use this time’ so I ended up applying for an internship at the BBC. “I ended up getting it, which was amazing, and from there I auditioned to be a weather girl and then got the chance to be part of the broadcast team for the world championships that year. I realised then that I loved it.

“In terms of what I’m going to do after my athletics career I don’t know but we’ll see. I have really enjoyed the broadcasting but there’s no one path, whether you are an athlete or you are pursuing something else. Just keep saying ‘yes’ and see what happens.”

That decision will have to wait, however. Reid has plenty to occupy her mind when it comes to this summer. The World Para Athletics Championships are almost upon us and, following the decision of French Paralympic champion and current world record-holder Marie-Amelie Le Fur not to compete this year, Reid has her best chance yet of winning a global title.

With victory over closest challenger Marlene van Gansewinkel at the Para Athletics Grand Prix in Nottwil last month, the signs are encouraging for the Briton. It also keeps any thoughts of retirement at bay for the time being at least.

“The honest answer is that I just don’t know,” says Reid of whether or not this will be her last season as an athlete. “As you get older you do have to have a mind about what the future holds.

“But it’s business as usual. I treat every season and every championships like it’s the last one I’m going to do because you just don’t know what the future holds. I don’t ever want to look back and think ‘oh, I could have committed harder’.

“Plus, I love what I’m doing and I’m still getting PBs every year. I’ve always said that until I hit the moment when I can look at a jump and think ‘that was the best I’m ever going to do, I’m satisfied’ then I just don’t feel ready (to stop).”

“I don’t ever want to look back and think ‘oh, I could have committed harder’”

Reid lodged her personal best of 5.78m in Newham last July. It was a world record until Le Fur went out and promptly jumped 5.83m in Rio to snatch the gold but the search for improvement meant Reid’s disappointment didn’t linger.

“Rio was amazing – I was really, really happy with how I jumped,” she says. “When you’re beaten by such a quality performance it’s still a tough pill to swallow but I walked away from that thinking ‘how do I close that gap?’”

She adds: “I’ve never stood in the middle of a podium at a global event. I’ve been second and I’ve been third and of course it’s a dream of mine to end up in the middle and to hear my anthem. I wouldn’t continue on in the sport if I wasn’t looking to improve each year.”

There would be no finer place to sample that golden moment than the London Stadium, of course.

“I think it’s special particularly for the Paralympics because in many ways that was the birthplace of the professional era for Paralympic sport,” says Reid, who is married to the highly successful Canadian wheelchair racer Brent Lakatos. “That set the bar, not only in terms of the kinds of performances that are expected of para athletes, but it also set the standard in terms of the delivery of the event.

“They showed the world that para sport can command an audience – it’s awesome, it’s exciting and you don’t have to have a disability to be interested in it. It’s amazing sport, it’s amazing competition and it’s a group of people who, growing up, were probably the most unlikely in their classes to be athletes and yet here they are doing amazing things.”