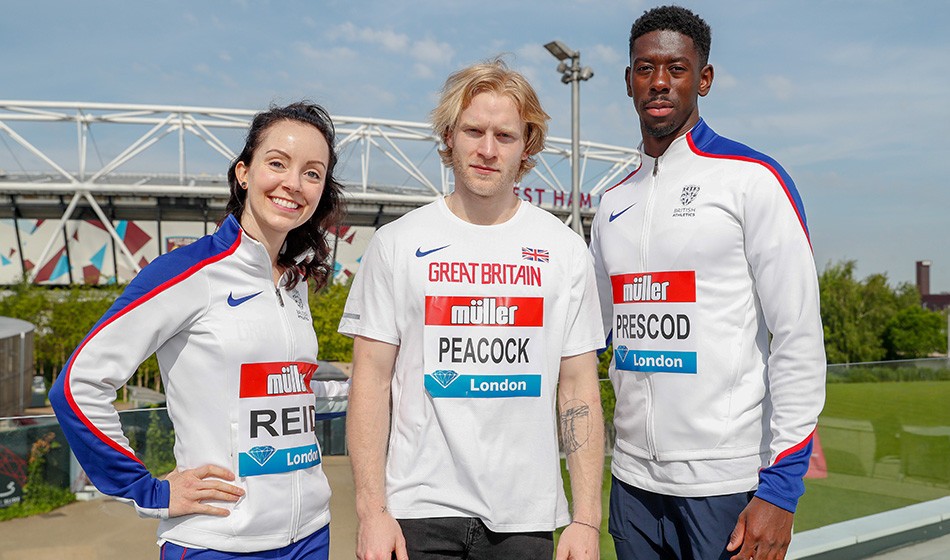 The three athletes were confirmed as part of the line-up for the event at the London Stadium on July 20-21 as they helped to launch British Athletics’ Festival of Athletics, which will be taking place this summer at Queen Elizabeth Olympic Park, focused around the Anniversary Games.

As part of the launch event, Prescod, Reid and Peacock led a session with local schoolchildren at the Olympic Park as they took on an Anniversary Games-themed Tumbleator.

“The Müller Anniversary Games provides the chance for fans to see the best athletes in the world compete on the same stage, in a stadium with such great memories for the nation,” said Peacock.

“The event is vitally important for athletes ahead of a busy end to the year with the World Para Athletics Championships and I can’t wait to race again in front of what is always an outstanding British crowd.

“We’ve had so much fun today showing these young people how much fun athletics can be, and what a setting to do it next to the London Stadium.” 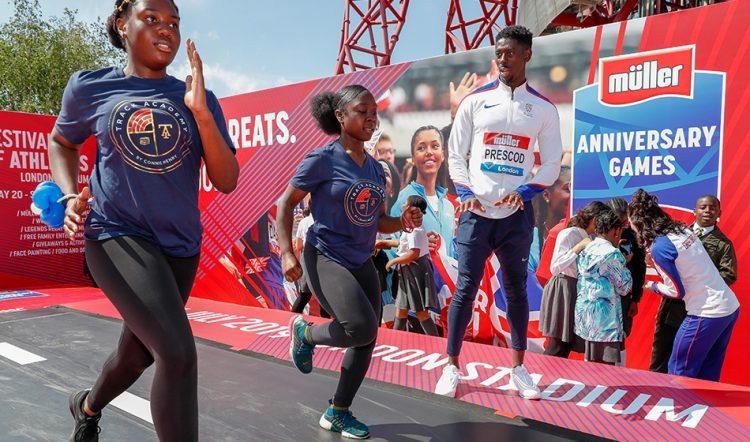 The Festival of Athletics will see a host of activity taking place across Queen Elizabeth Olympic Park, including a Couch to 5K event, a London Boroughs: Connect Relays competition and fundraising for Track Academy, which has recently been confirmed as the official charity partner to the 2019 Anniversary Games.

The Couch to 5K event will take place on July 21, with the all-female mass run beginning at 9:45 and ending on the track inside the London Stadium. All entrants will receive a ticket to the second day of the Anniversary Games.

The Connect Relays competition will involve the 32 London boroughs, with the top teams lining up to compete in the Anniversary Games, while the partnership between British Athletics and Track Academy will see the charity receive donations from ticket purchasers who will have the opportunity to donate £0.25, £0.50 or £1.00 at point of ticket confirmation for the Anniversary Games.

Former British athlete and current equality, diversity and engagement lead at British Athletics, Donna Fraser, said: “The Festival Athletics will see the ultimate celebration of athletics for communities in London this summer, with the pinnacle being the Müller Anniversary Games in July.

“Athletics is the perfect family sport for spectators and participants. This is one of the many reasons athletes enjoy competing at the Müller Anniversary Games so much because as well as having world-class athletics on show, we see first-hand how accessible and inclusive the sport is. With so much going on across the weekend of 20-21 July, it’s a great chance for the public to enjoy the sport in different ways.”

Tickets for the Müller Anniversary Games are on sale at www.britishathletics.org.uk.